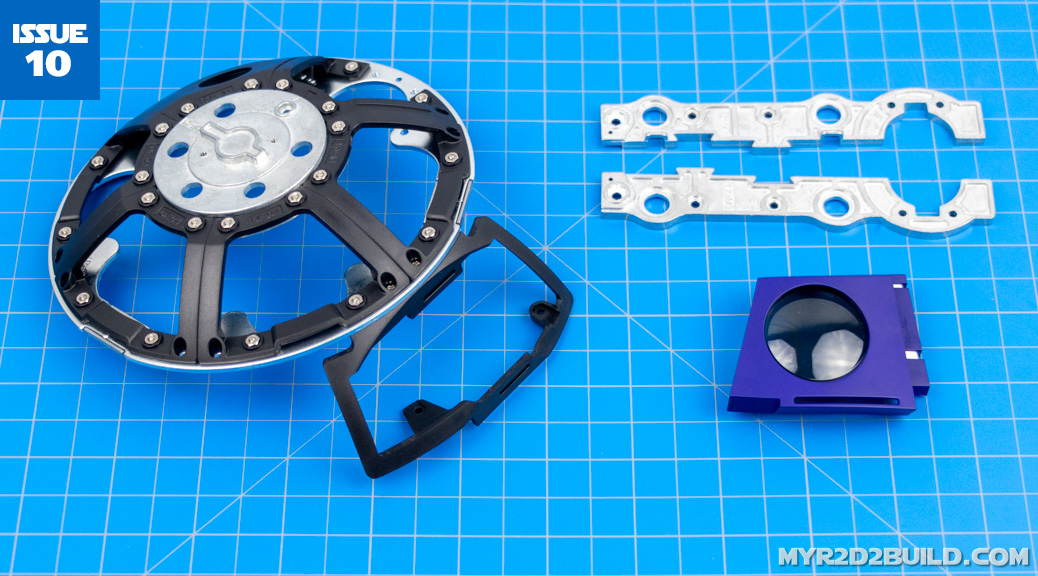 “The first of this issue’s parts are used to extend the framework for R2-D2’s dome – and you have also received the mount for the blue primary photoreceptor and its black lens that conceals R2-D2’s camera. Keep the two metal sections until you have collected some more parts for the internal frame for R2-D2’s left leg. You will start to assemble this in [Issue 12].” 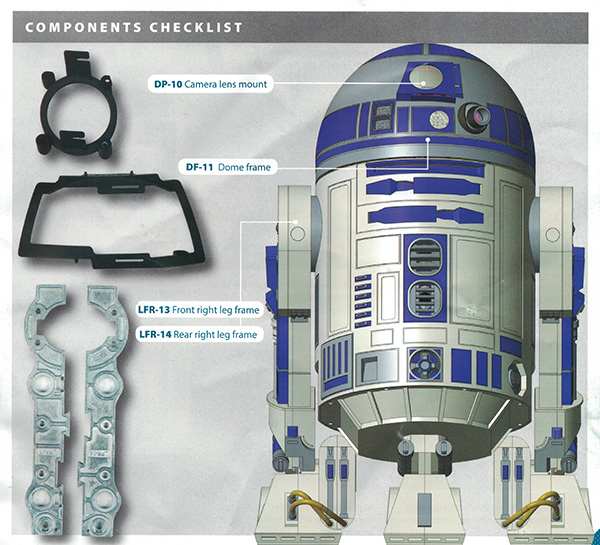 Materials: The leg frames are metal, but the rest of the parts in this issue are plastic. 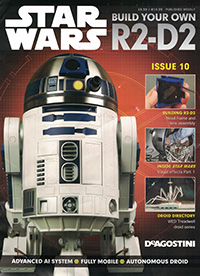 Retrieve the dome assembly from the previous issue. Position the new Dome Frame at this location and press the two locating pins up into the matching holes in the underside of the ring frame until it is flush: 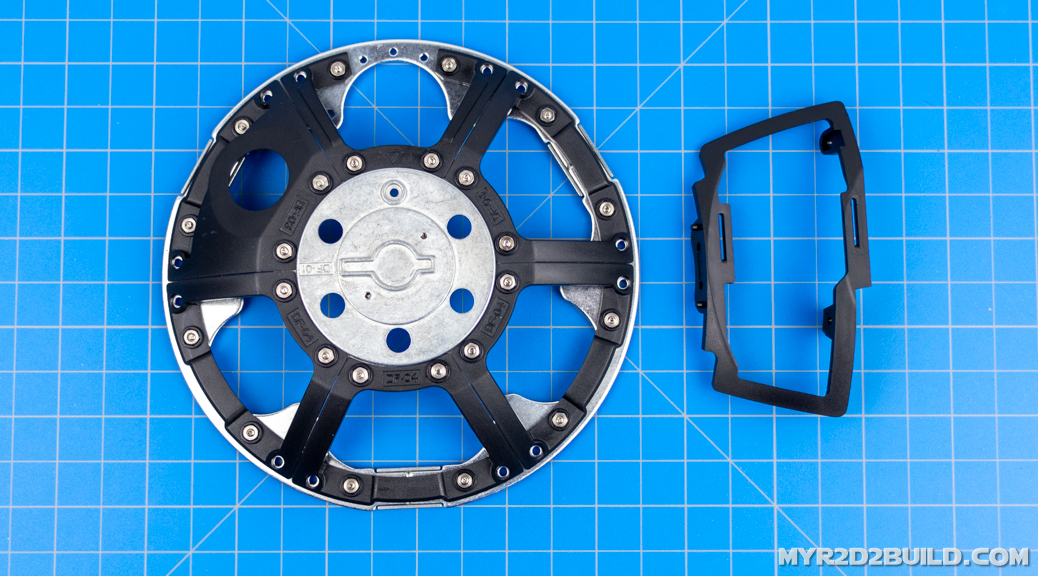 While holding the Dome Frame in place, secure it in place with two (2) 2×6 mm silver screws and 2×4 mm nuts: 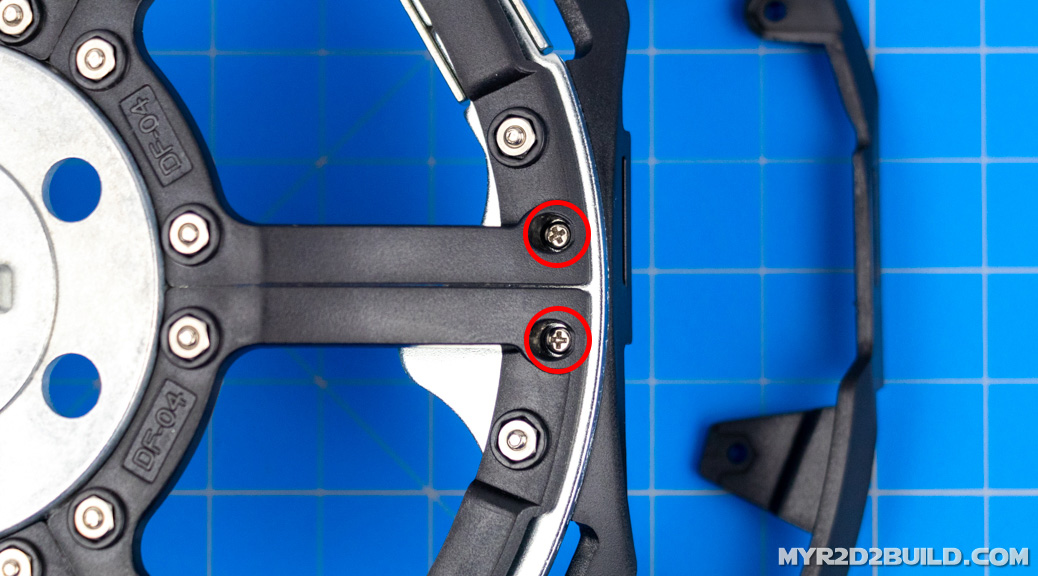 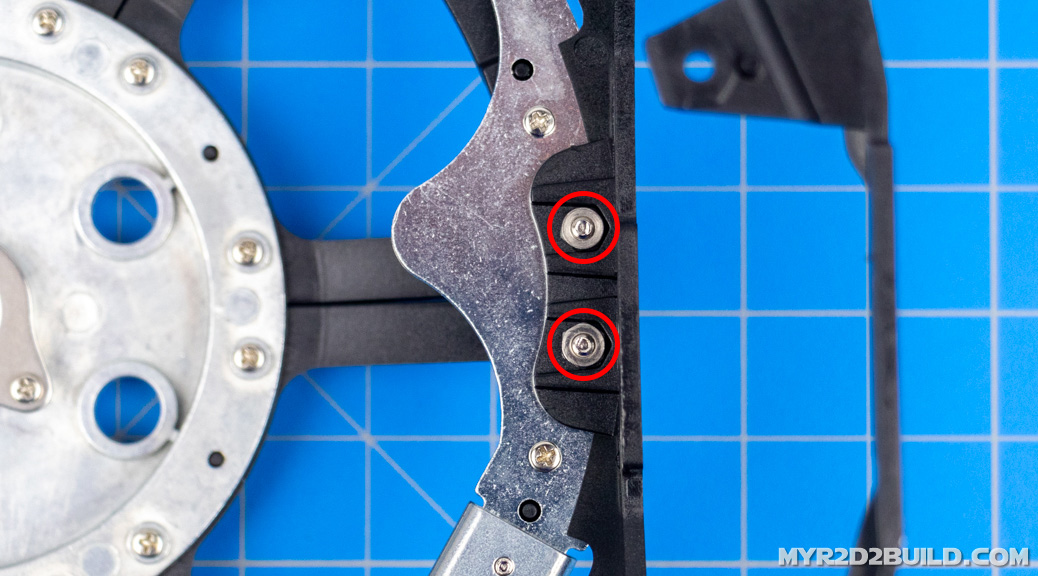 This is what we have so far: 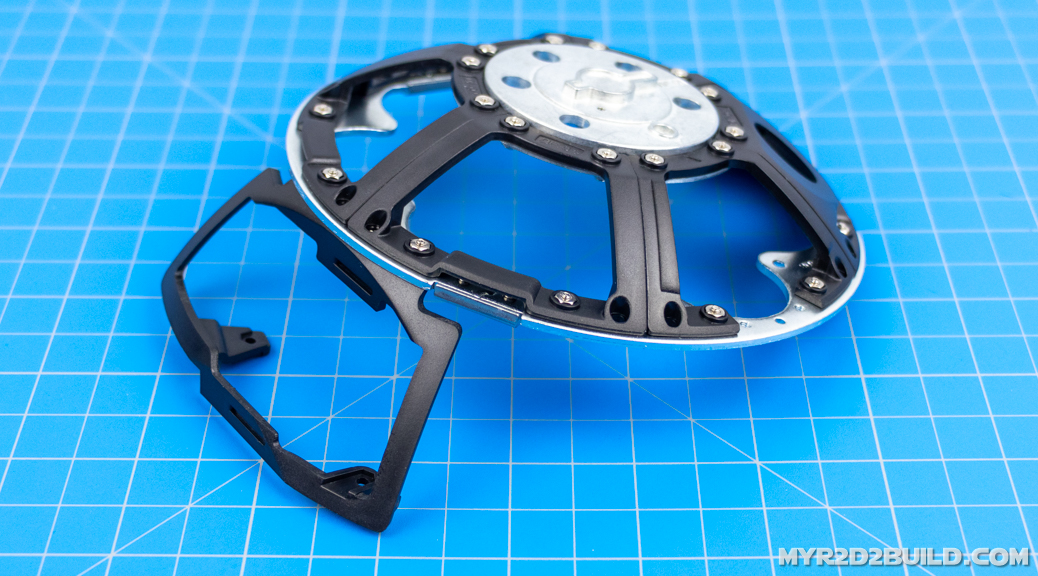 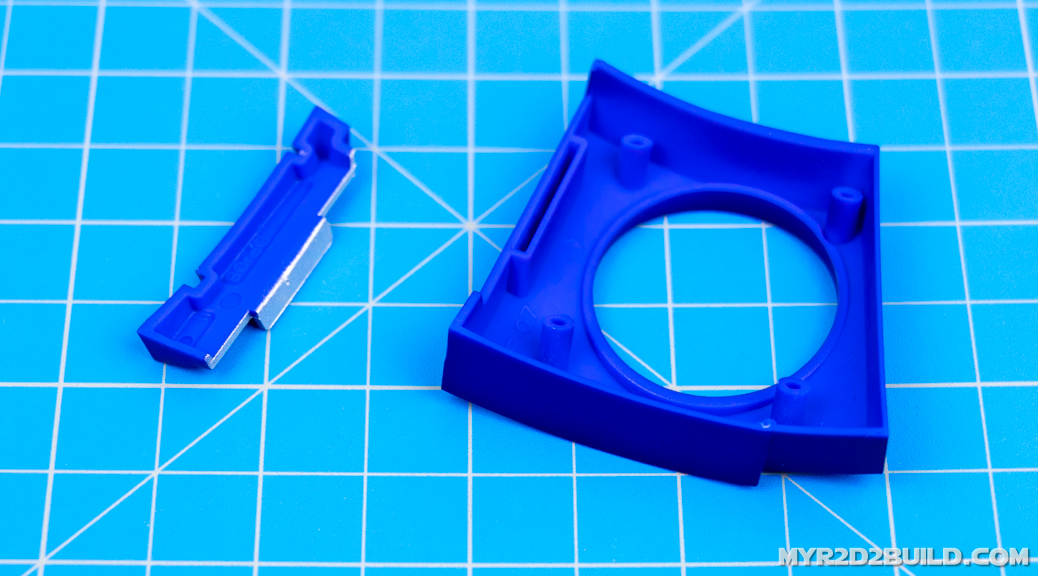 Add some super glue to the slot, then reinstall the part permanently.

Make sure this is fully seated and flush: 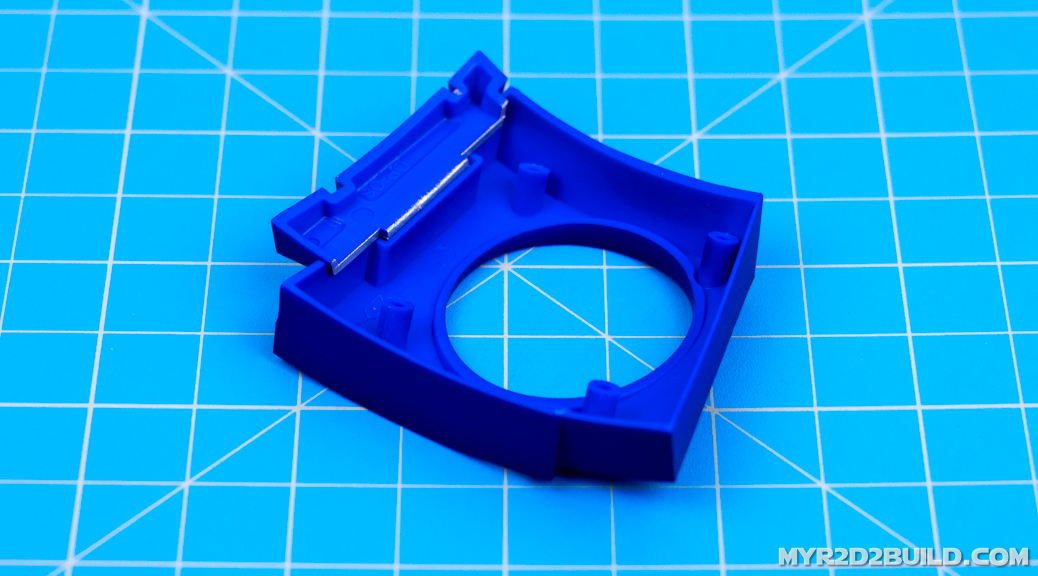 If you haven’t already, remove the film from the Primary Photoreceptor Lens and fit the lens (curving upwards) onto the Camera Lens Mount until flush.

TIP: There will be another lens coming in Issue 97 that is not as dark to allow R2-D2’s camera to see better. If you complete Steps 3-6 now, you will need to redo them later. Therefore, you may just want to wait to attach the lens and mount. I will show these steps anyway just in case: 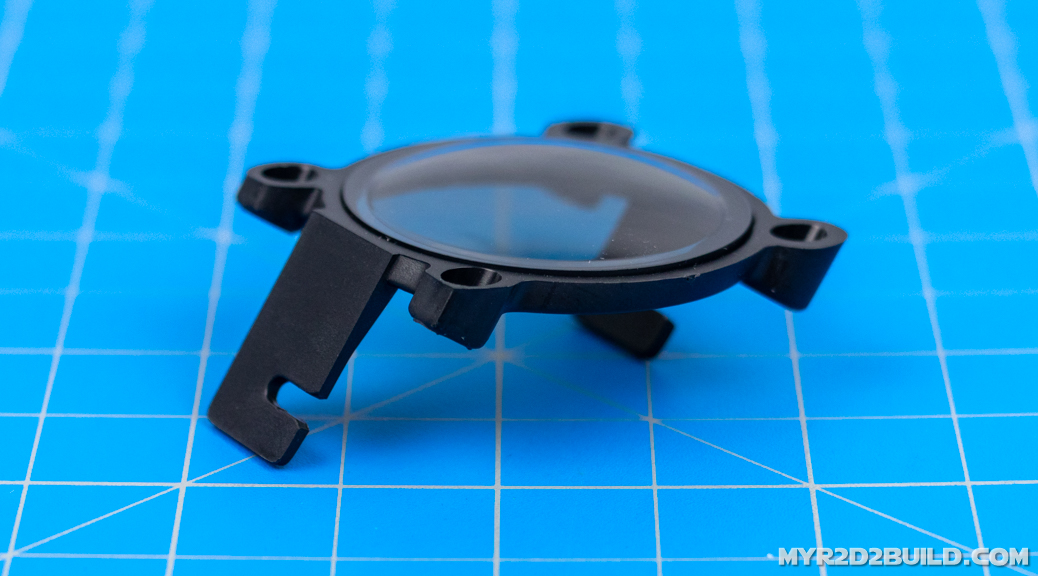 Fit this lens assembly to the back of the Primary Photoreceptor Faceplate, as shown, and secure with four (4) 2.3 x 4 mm black screws.

This has angled screw posts, so it will only sit flat in one direction. If it feels wrong, switch it around: 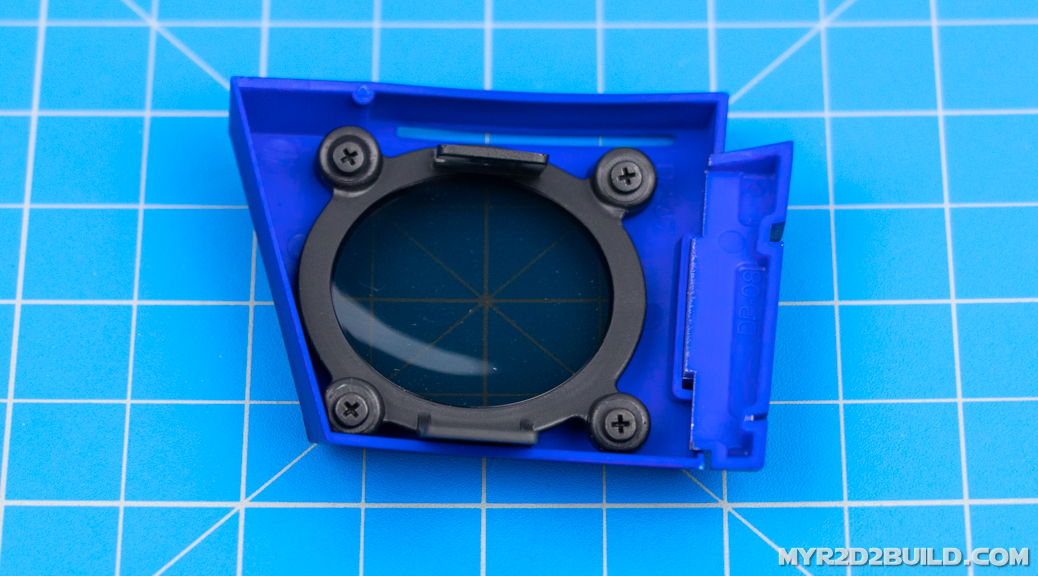 There are two tabs on the Camera Lens Mount that match slots in the Dome Frame we just installed. This is how it will be mounted later.

This issue was quick, but easy. The two Leg Frames will not be needed until Issue 12, so keep them safe nearby.