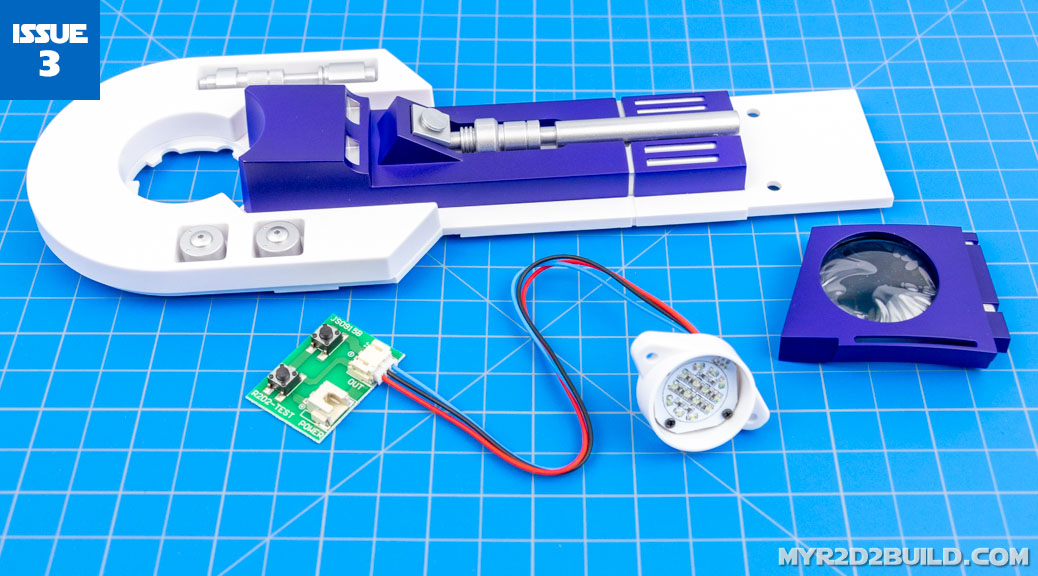 “The parts provided with this issue include the large outer casing for R2-D2’s right leg. You have also received the two components to complete the exterior of his primary photoreceptor, and the test circuit board for his processor state indicator, which you will connect up in Issue 4.”

This issue basically has no construction steps. It only consists of test fitting parts and an electrics test circuit we can’t use just yet. 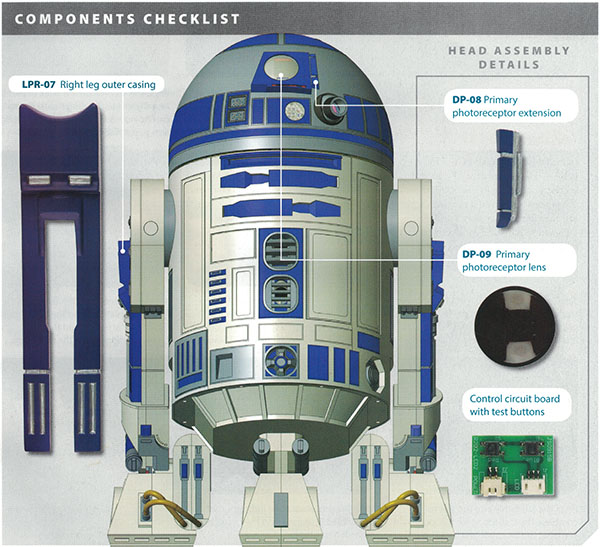 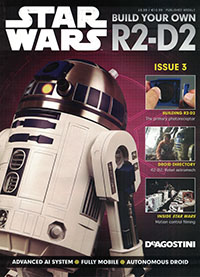 Align the Right Leg Outer Casing over the Right Outer Leg Plate from Issue 2 and press the six pins into the corresponding holes. Be sure not to damage the metal hydraulic arm parts in the middle.

This step is only a temporary test fit and will not be attached until a later issue: 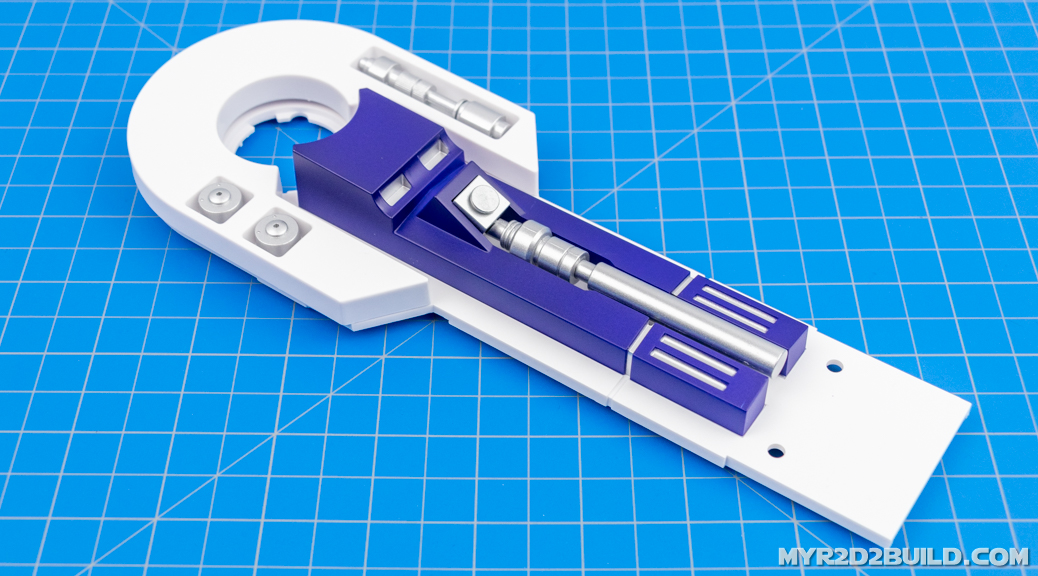 Like above, this step is only a temporary test fit and will not be attached until a later issue. To protect the lens from damage, I chose to leave the protective film in place until we actually install this permanently in Issue 98. As it turns out, DeAgostini provides a different lens in Issue 97 anyway. This later one is much less dark than this one to allow the camera behind it to see better. 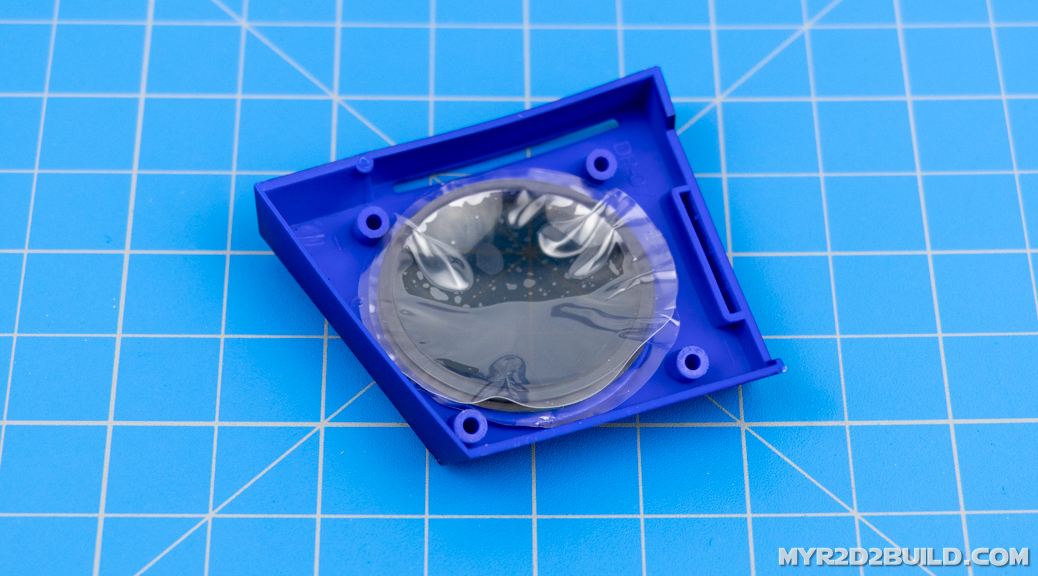 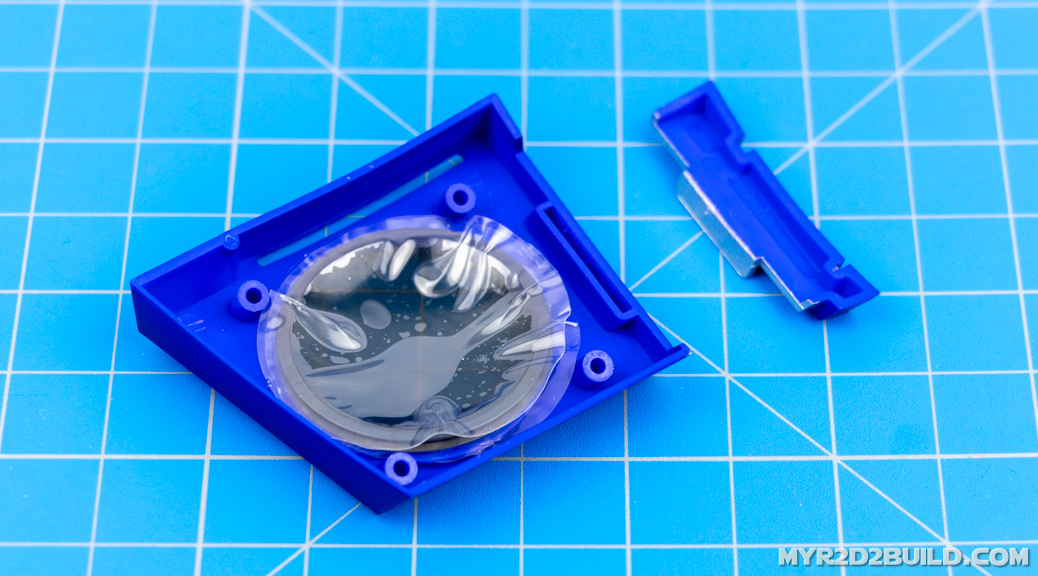 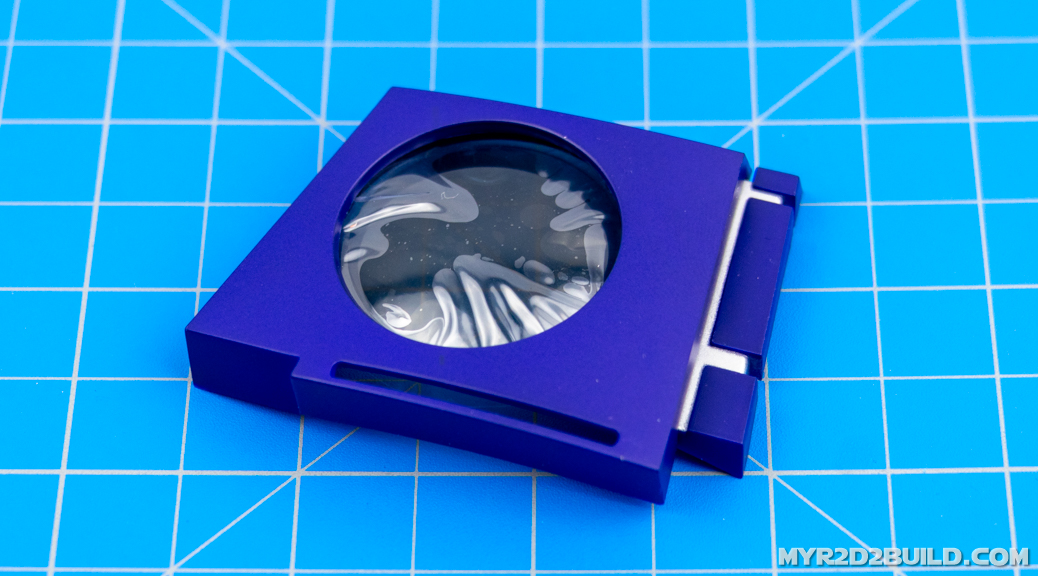 Take the larger connector plug attached to the LED Cluster assembly we built back in Issue 1 and connect it to the OUT port on the Control Circuit Board with Test Buttons. 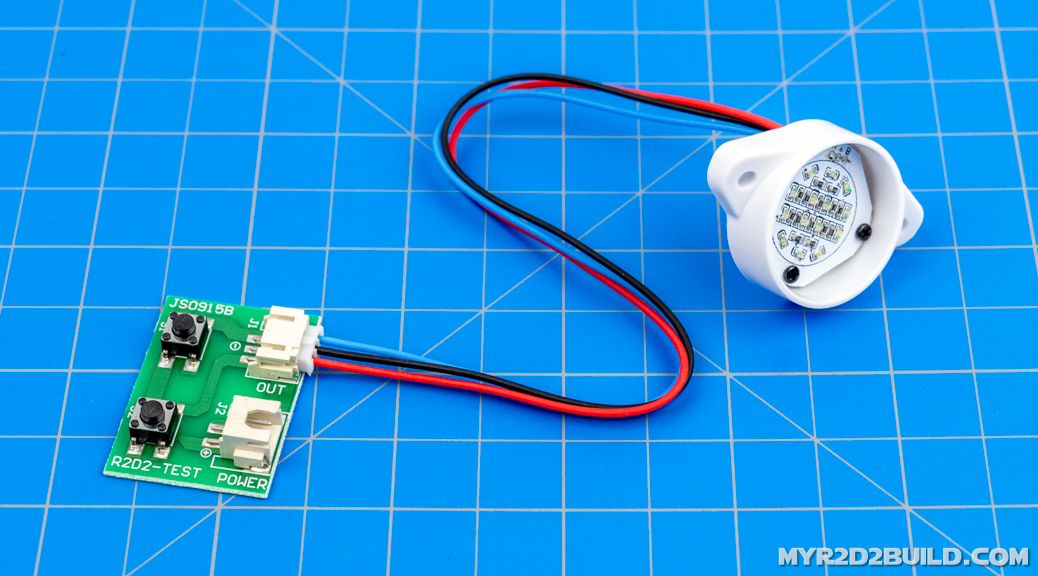 Well, after the last issue, this one is a little disappointing. All we did is test fit some parts and connect a cable to the test board. Luckily, we get the Battery Box in the next issue so we can start lighting things up.