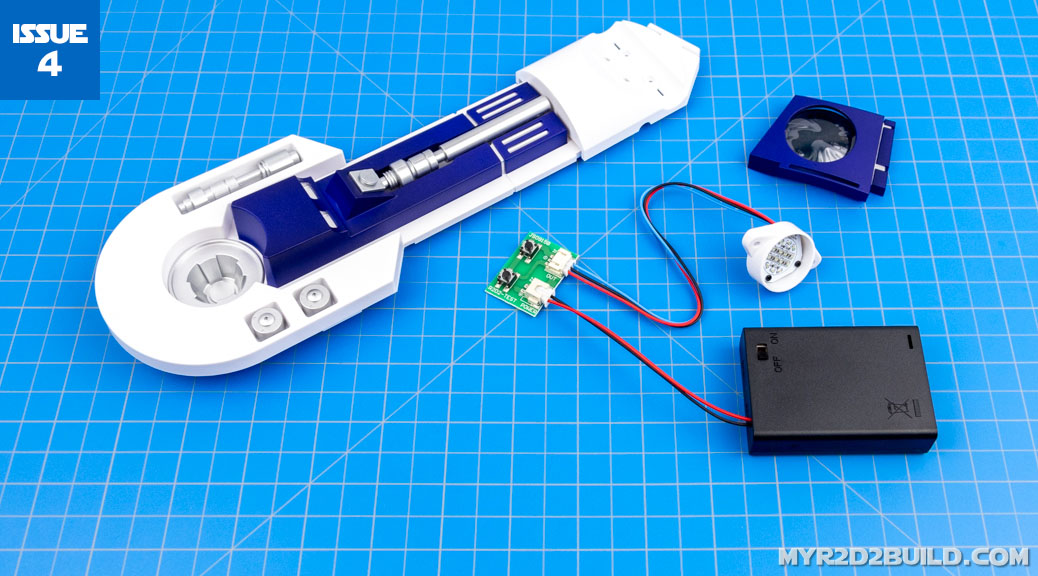 “The parts provided with this issue include the battery box that will be used to test R2’s electronic systems until you receive his main battery. You have also received two key components for his right leg: the metal pivot cover that holds his right shoulder, and the outer plate that forms his right ankle.”

In this issue, like the last one, there is no construction (only testing fitting). However, we do get to try out our first LEDs which will require three (3) AA batteries (not included). 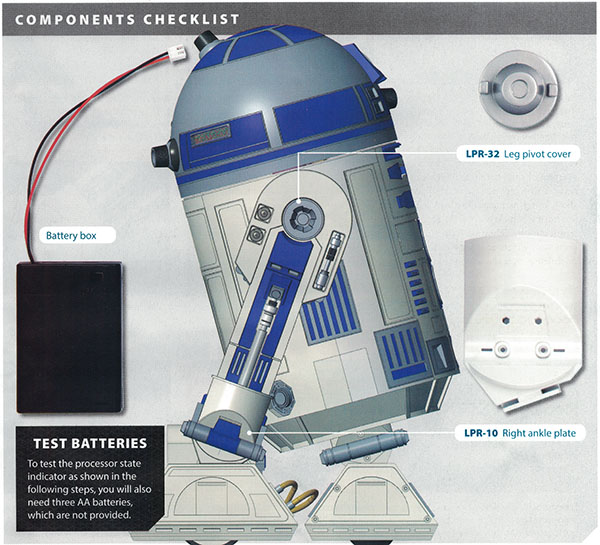 Materials: The Leg Pivot Cover is metal, but the rest of the non-electrical parts are plastic. 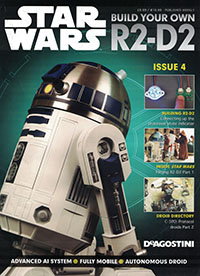 Extending R2-D2’s Leg and Powering Up His LED Panel

The back of the Leg Pivot Cover has two tabs that match two notches in the Right Leg Outer Plate from Issue 3: 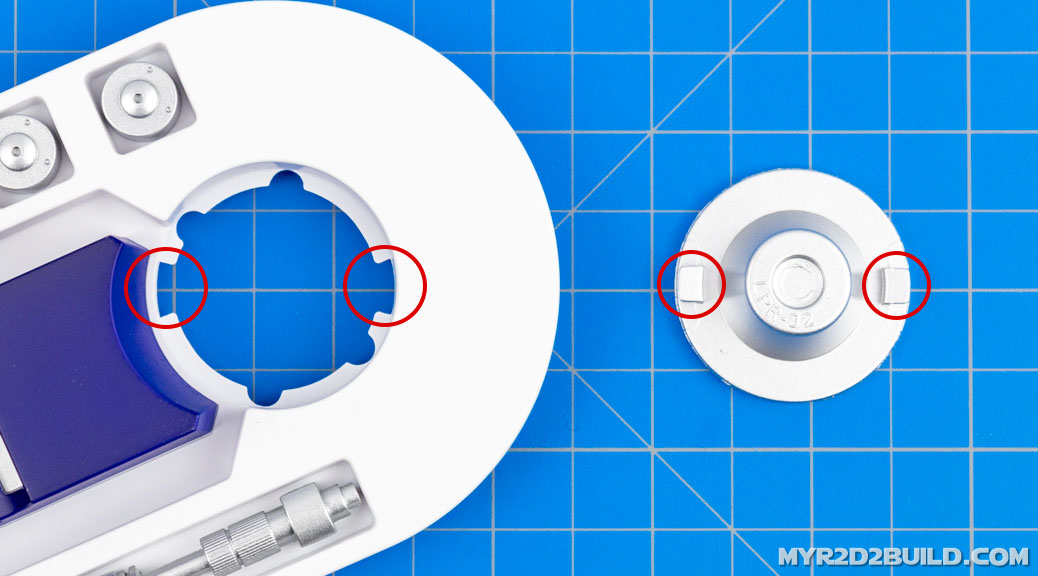 Fit the Leg Pivot Cover into the large hole in the outer plate, aligning the tabs, and rotate the cover to lock it into place.

This will never be permanently attached as it provides access to the leg’s attachment screws. A special Leg Key tool will be provided in Issue 91 to make it easier to install and remove the cover: 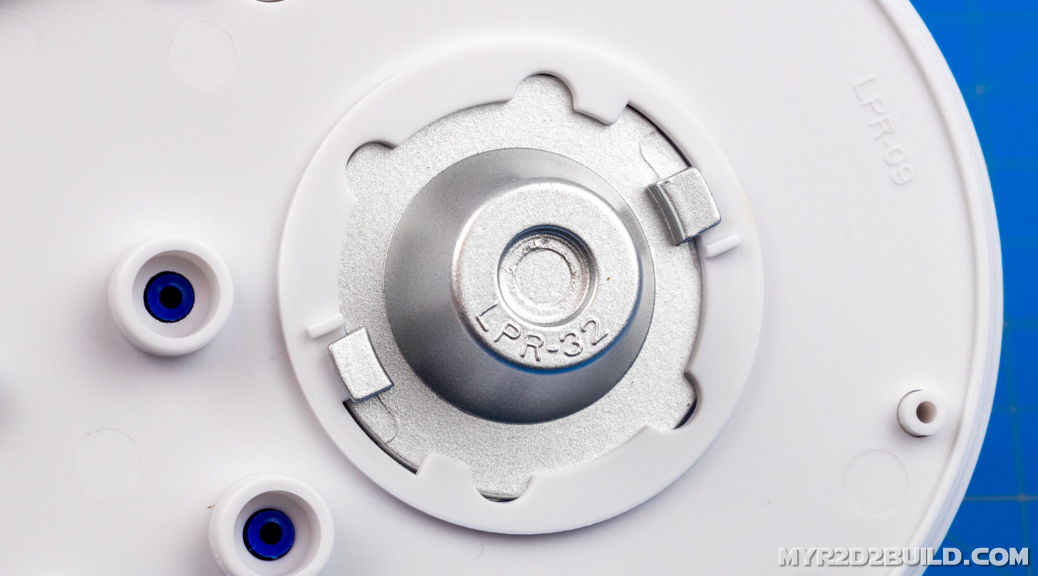 Align the pins of the Right Ankle Plate with the holes in the lower end of the Right Leg Outer Plate and press into place as shown:

As before, we are not attaching this with screws yet. This is another test fitting: 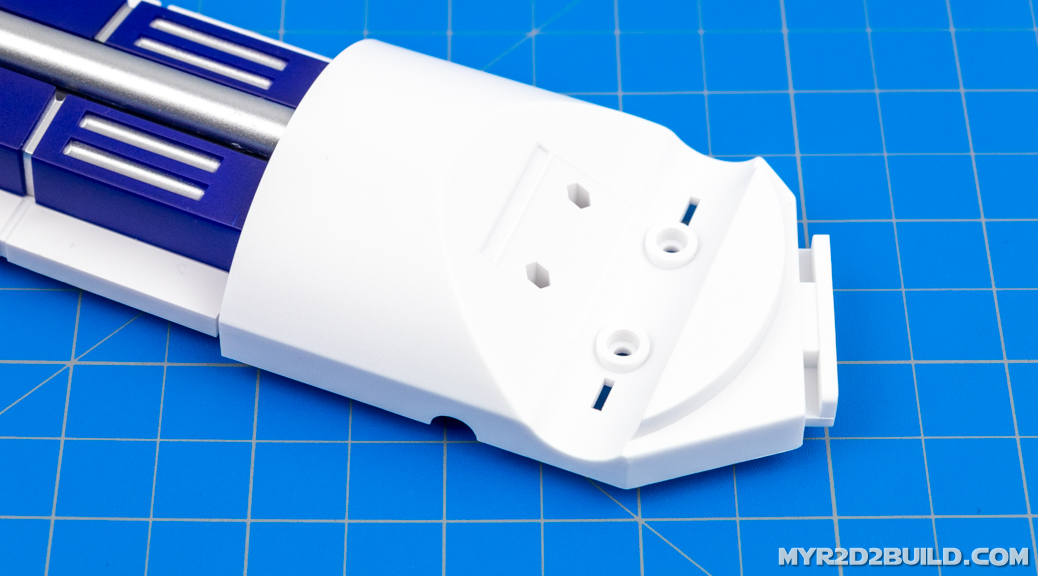 Attach the Battery Box to the POWER connector of the Control Circuit Board with Test Buttons from Issue 3:

Any time connections are being added or removed, switch the power source off: 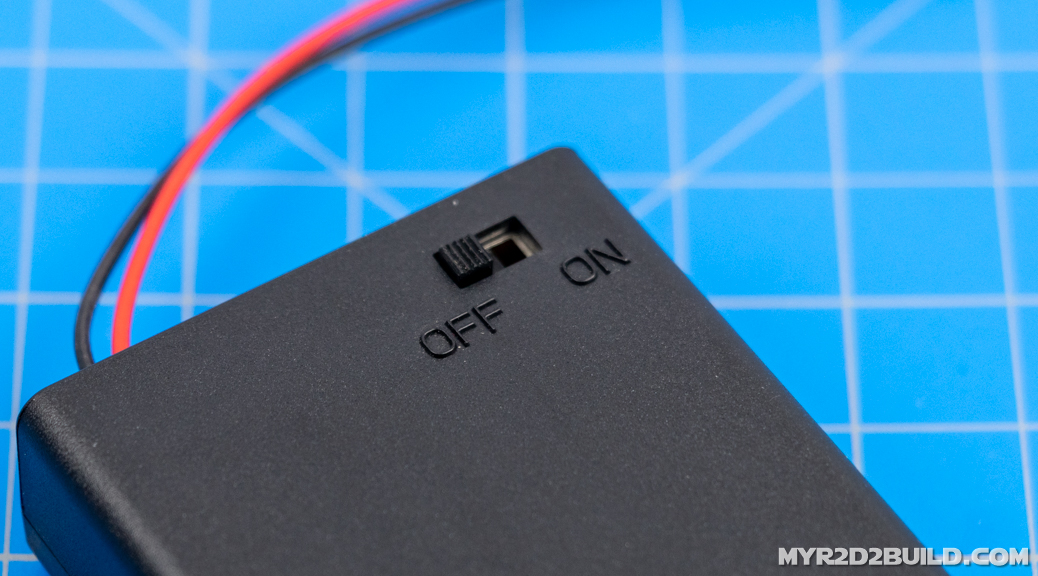 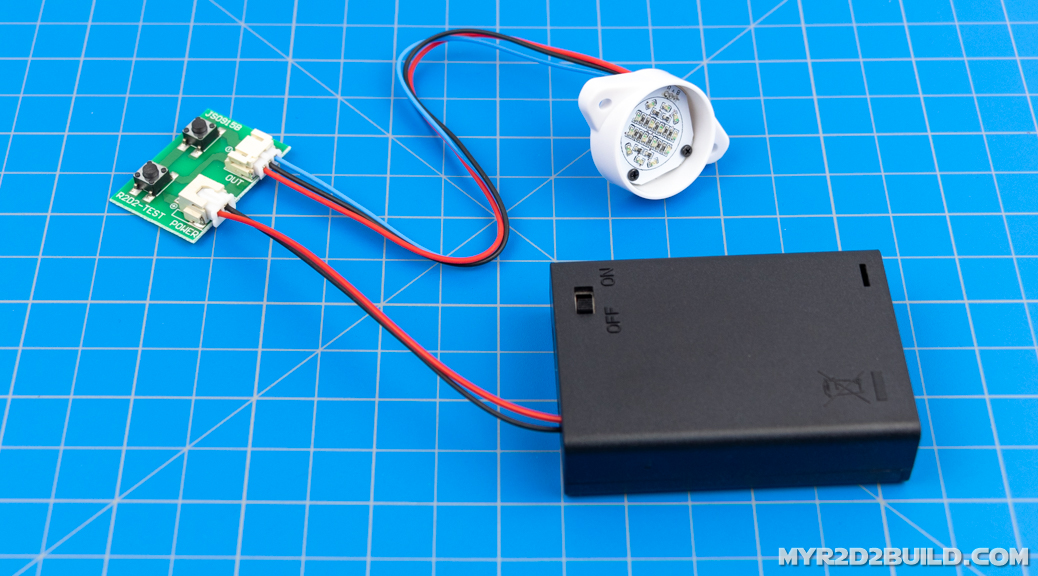 Remove the screw in the Battery Box, and install three (3) AA batteries as indicated.

Make sure the switch on the Battery Box is in the OFF position before installing the batteries: 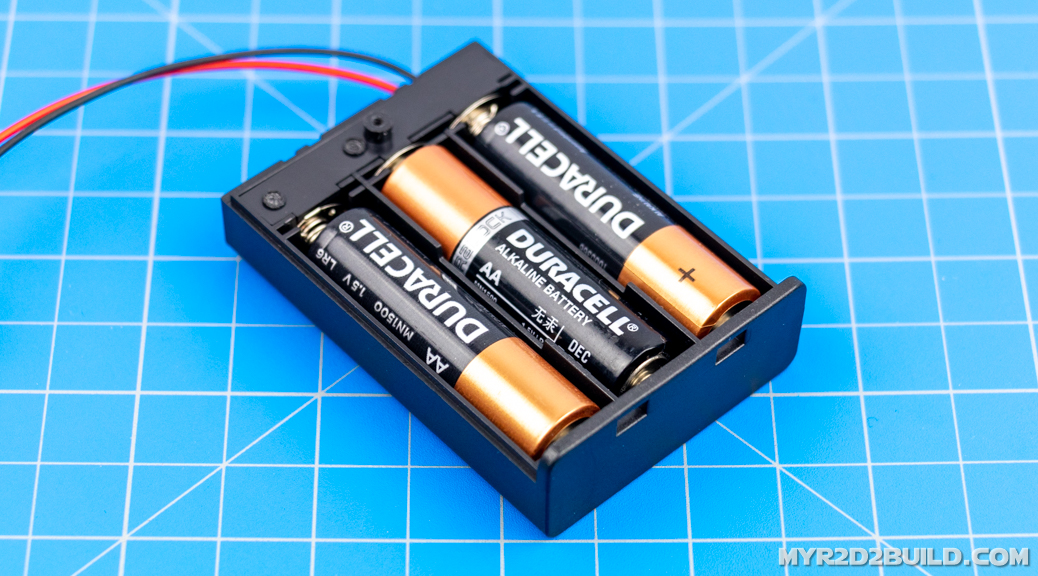 Then, replace the cover and the screw: 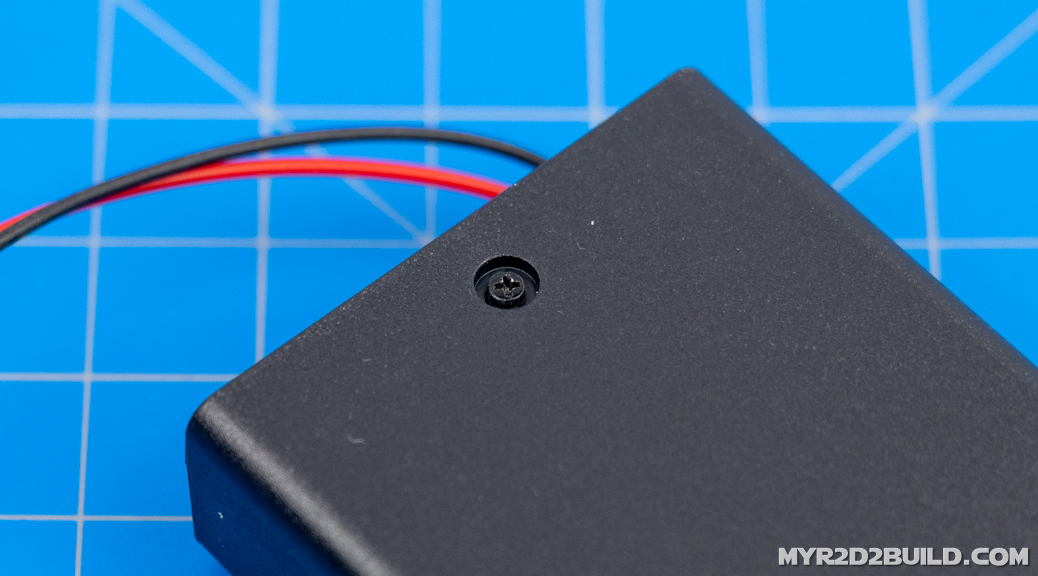 Slide the Battery Box switch to the ON position and press the S1 and/or S2 buttons to test the LED Cluster.

Pressing the S1 button should light only the blue LEDs. I dimmed my studio lights here to make the LEDs more visible: 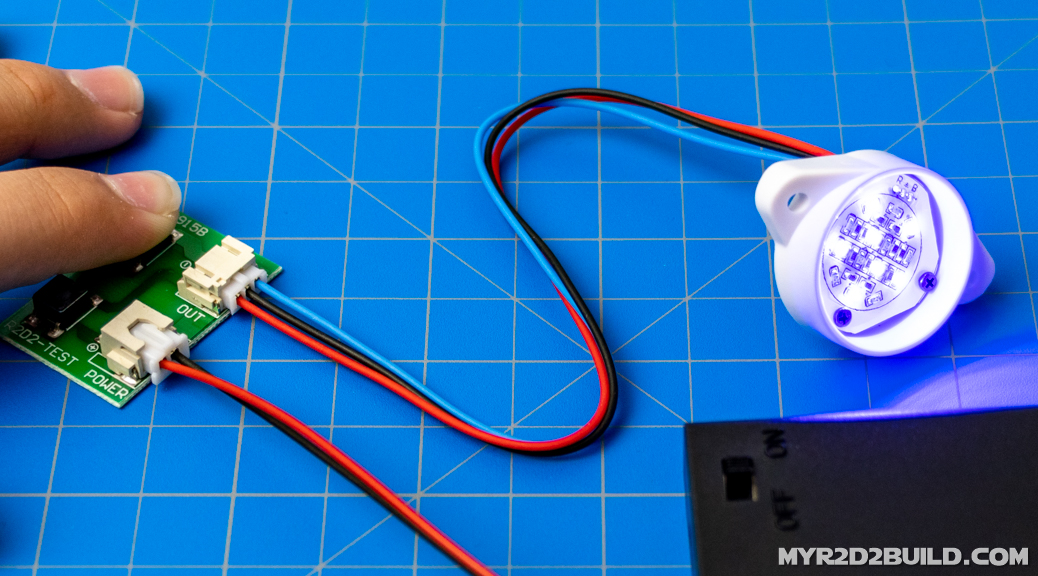 Pressing the S2 button should light only the red LEDs: 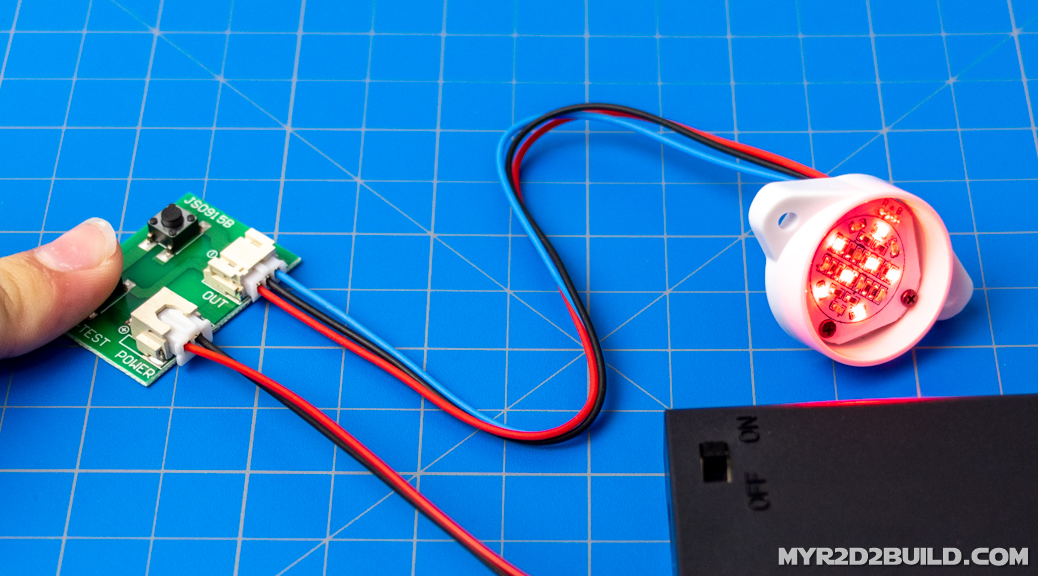 Pressing both S1 and S2 buttons together should light both sets of LEDs and appear purple: 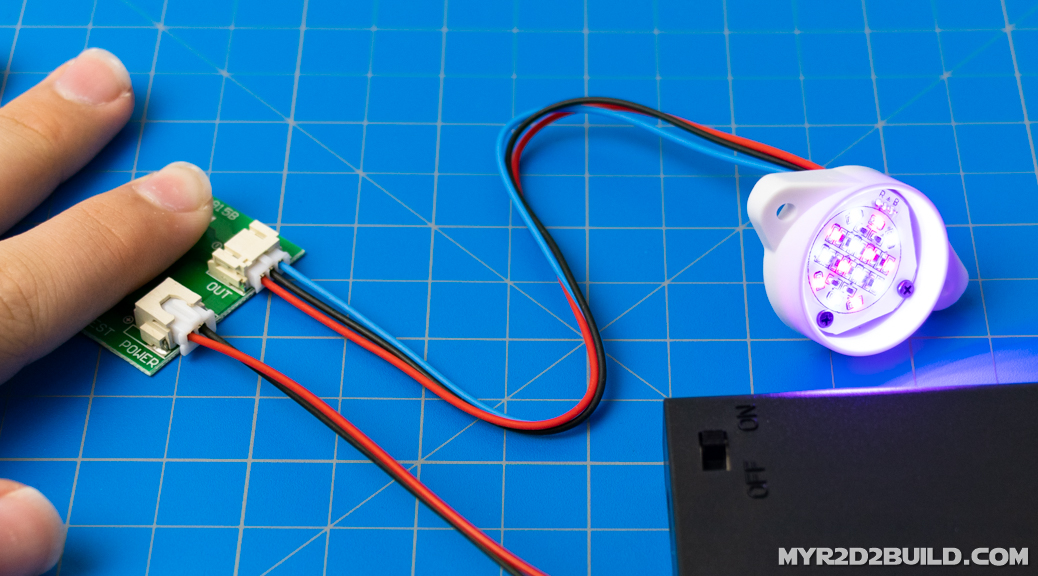 Once you are satisfied with the LEDs, be sure to turn the Battery Box switch to the OFF position to save battery life.

Boo, this is another test fit issue with no actual building! But, we did get to see the first LEDs in action which made it a little better. And, the next issue has a good amount of construction that should feel productive.