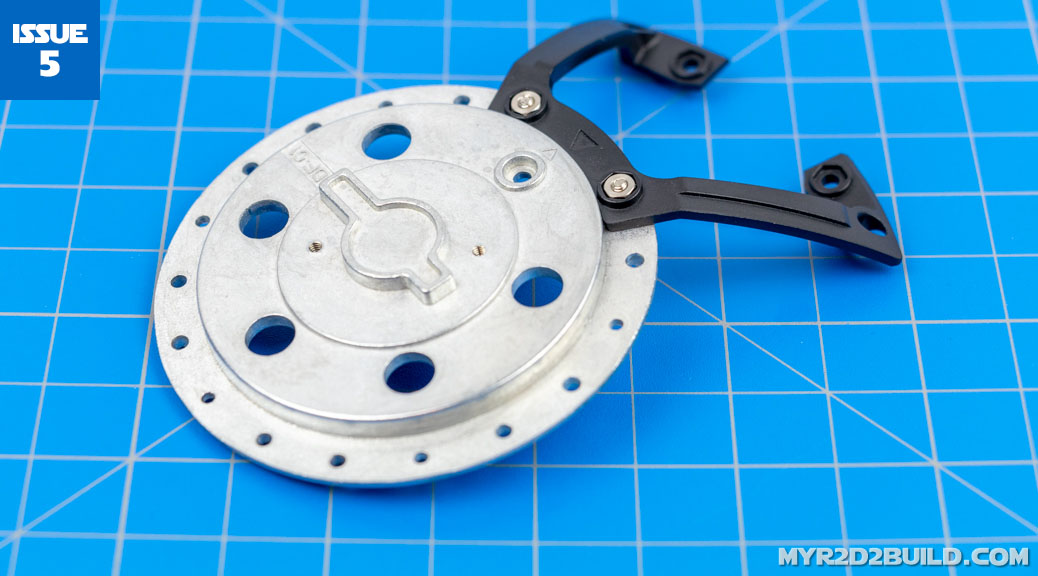 “This [issue’s] parts are used to assemble the bearing fitted to the top of R2-D2’s dome, which allows his head to turn freely in either direction. You have also received the first part of his internal chassis, and three different types of fixing screws and a pack of fixing nuts, which will be used to join the parts you are putting together throughout the next few [issues].”

We are going to start building R2-D2’s head dome. And, apparently with many screws and nuts, as there are 45 screws and 20 nuts included with this issue. Most of them will be used in upcoming issues, so keeping track of them is important. I will do my best to help explain as we go. 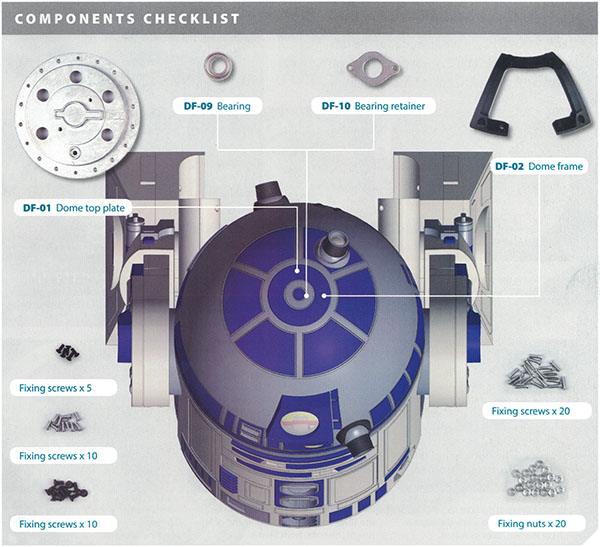 Materials: Everything in this issue is metal, except for the plastic Dome Frame. 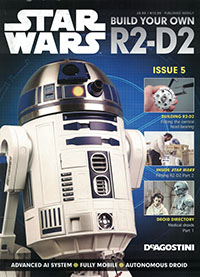 Starting the Chassis for R2-D2’s Head 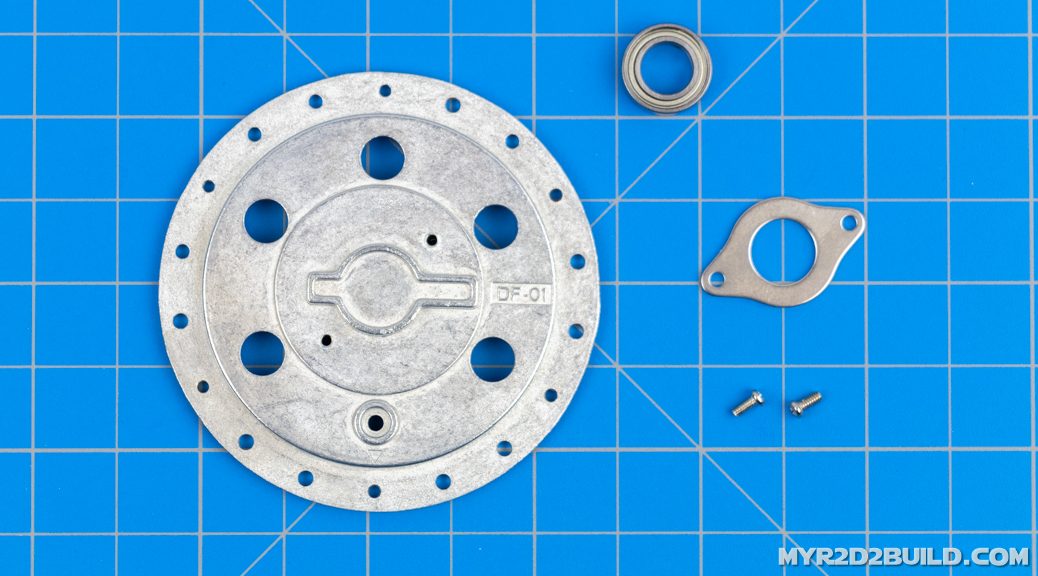 The underside of the Dome Top  Plate has a circular recess. Press the Bearing into this recess flush and straight: 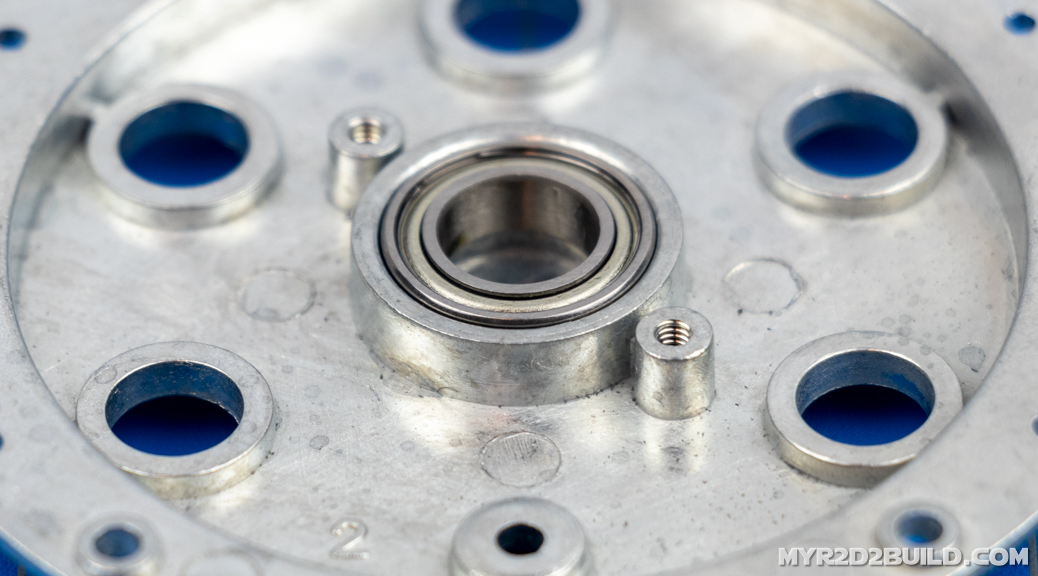 To hold this Bearing in place, secure the Bearing Retainer over it using the two (2) 2×4 mm silver screws: 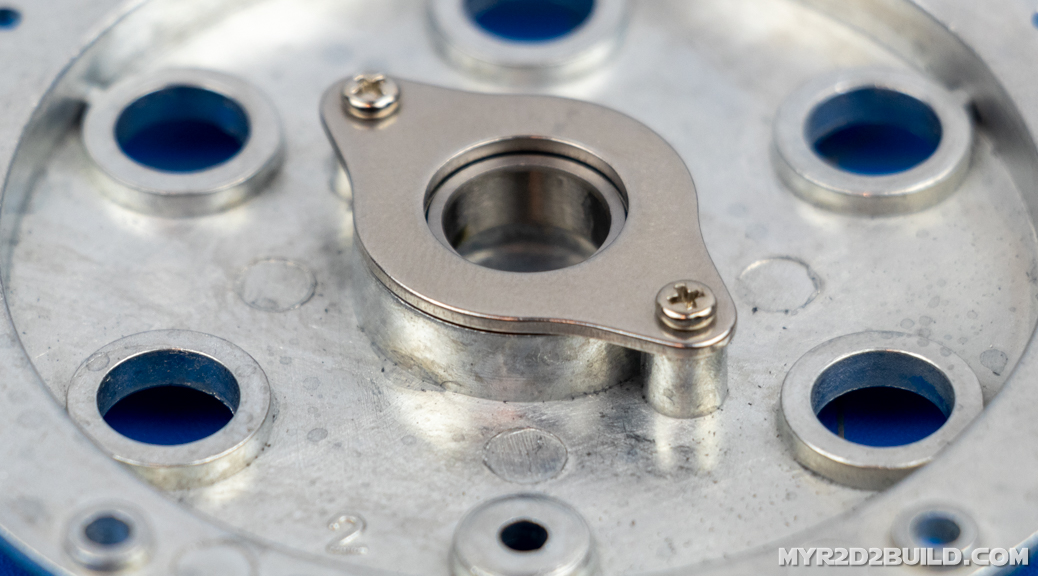 The instructions say to join these pieces at this point by fitting the pin into the hole while keeping the arrows aligned (circled below). However, this does not stay in place for pictures and I wanted to get better detailed photographs, so they do not exactly match the instructions: 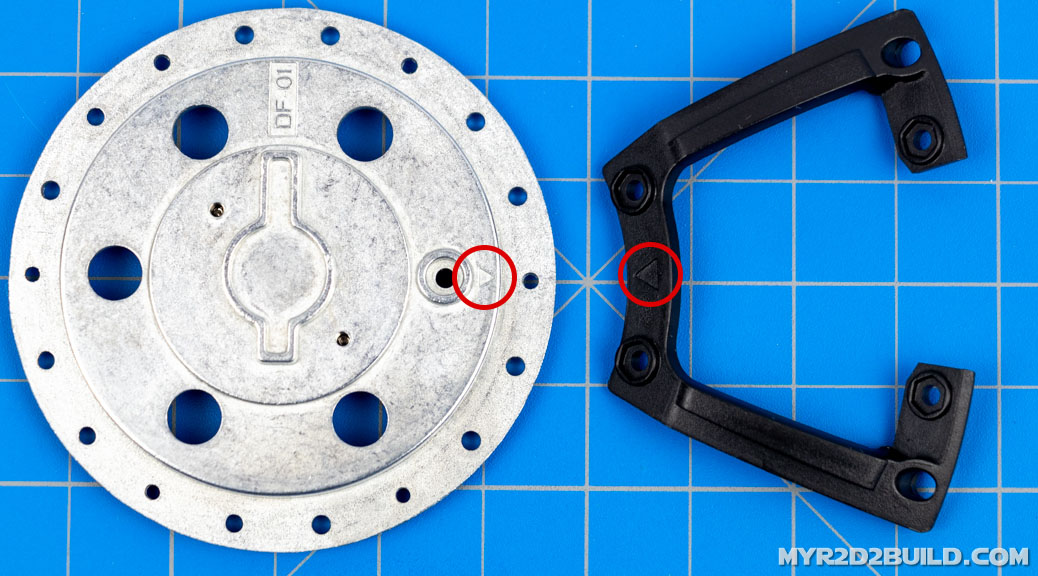 Fit a 2×4 mm nut into one of the hexagonal recesses in the Dome Frame.

At this point, you should have joined the two pieces by aligning the arrows and seating the pin. The picture below depicts how the nut fits: 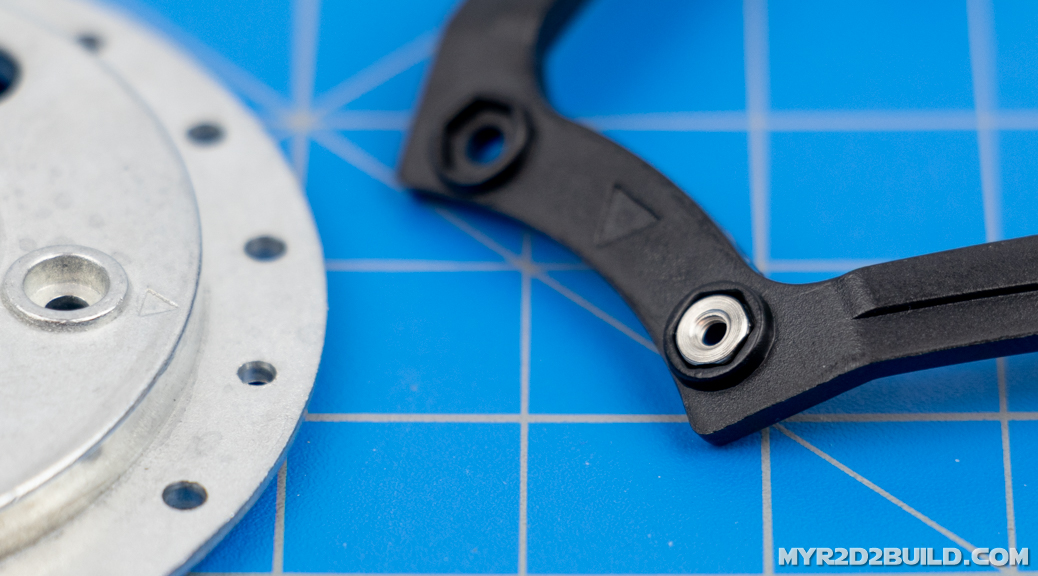 While holding the nut in place with a fingertip, turn the assembly over and fasten one (1) 2×6 mm silver screw through the top plate and frame and then into the nut.

The circled locations below indicate where both screws will be installed (with the locating pin between them): 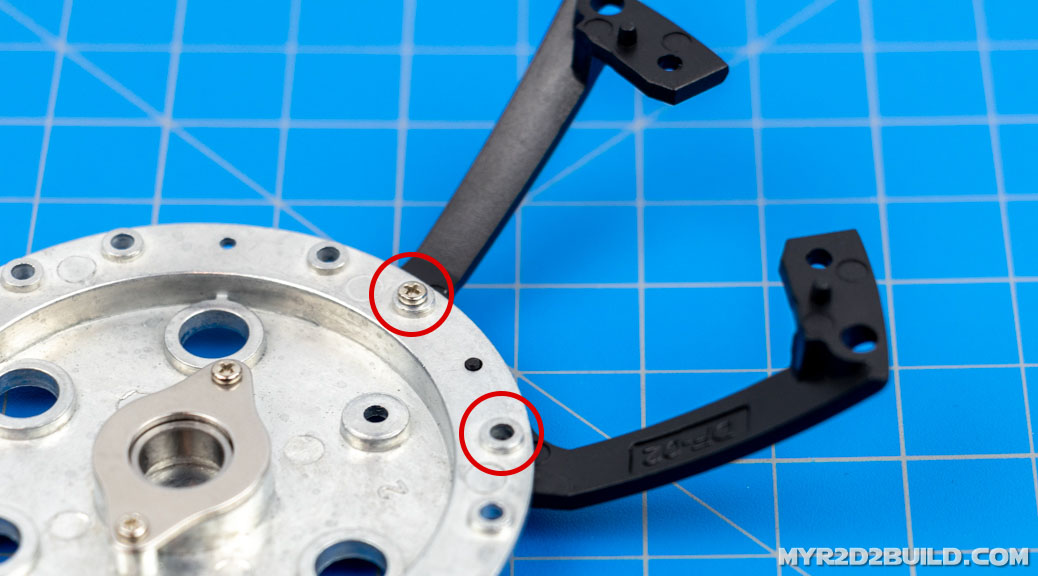 Repeat steps 8 and 9 with another nut and another one (1) 2×6 mm silver screw to attach the other hole of the Dome Frame: 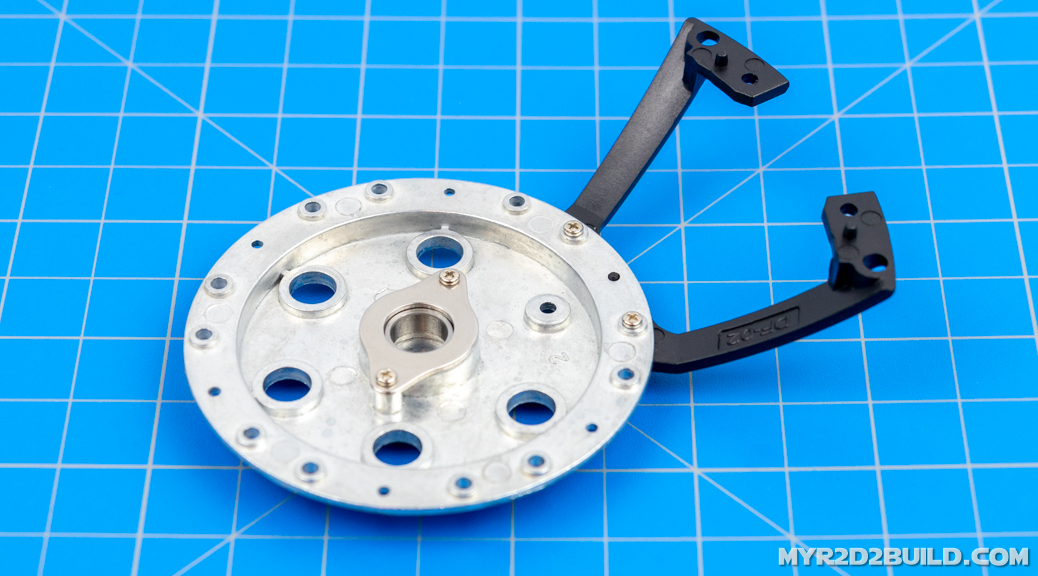 Well, this was a decent start on R2’s head. Based on all the screws and nuts, there will be a lot of fiddling around with it before we are done!