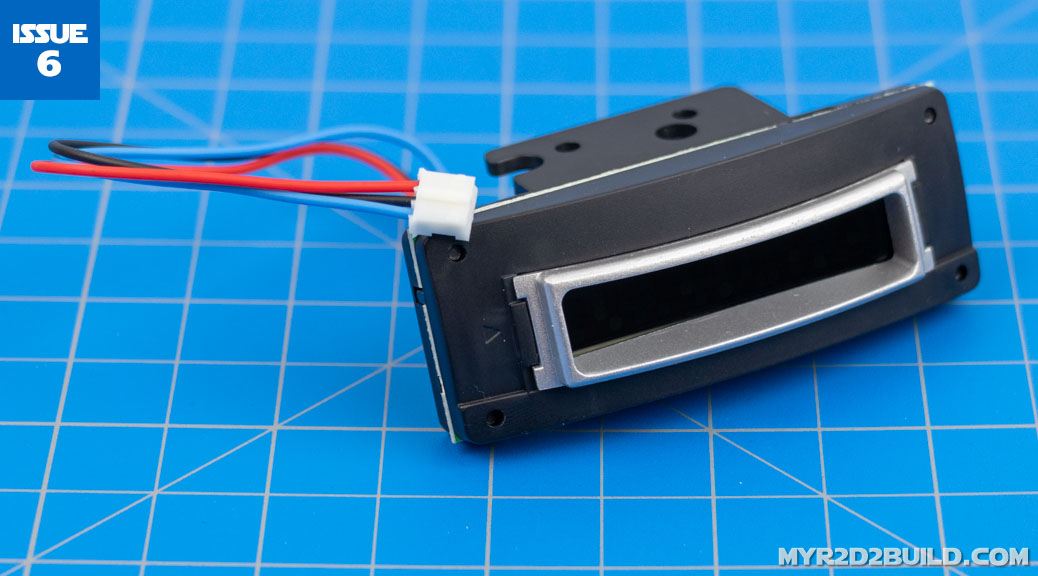 “The parts provided are used to assemble a prominent feature on the right of R2-D2’s dome – the luminescent diagnostic display, which consists of a matrix of flashing coloured dots. This is based on an LCD screen controlled by a logic chip which you will be able to fit into its housing. You can check that it is working using the same test circuit you used in [Issue] 4.”

I love electronics and this issue is the first LCD Screen for our R2-D2 build! There are no screws included with this issue, so we will be using a few from a previous issue. I highly recommend storing all the screws and nuts you receive in an organizer with the sections labeled. 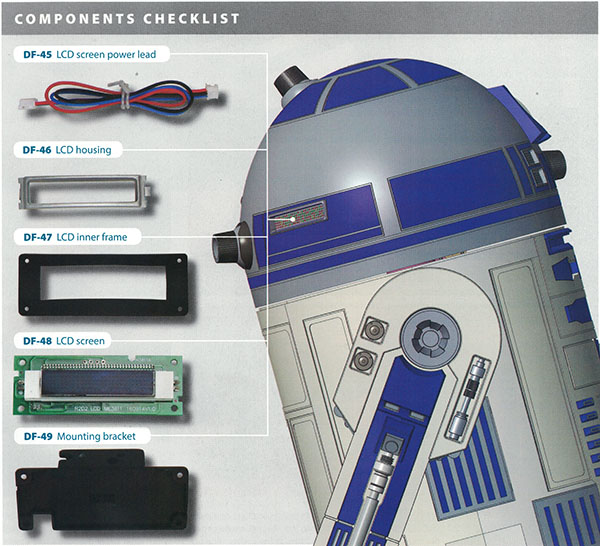 Materials: Everything non-electrical here is plastic. 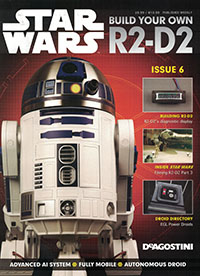 Gather all of the parts from this issue, as well as the Control Circuit Board and Battery Box last used in Issue 4 and four (4) of the 2.3×6 mm black screws from the previous issue.

Align the LCD Inner Frame and LCD Housing as shown, noting the housing’s longer tab facing the arrow at one end: 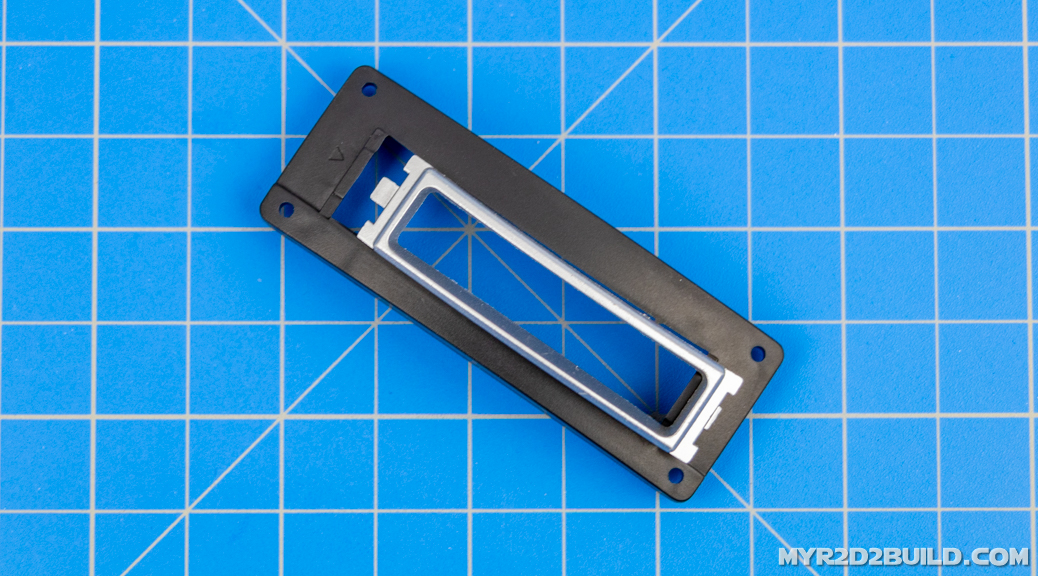 Slide the tab of the LCD Housing under the arrow and press the parts together to snap them into place: 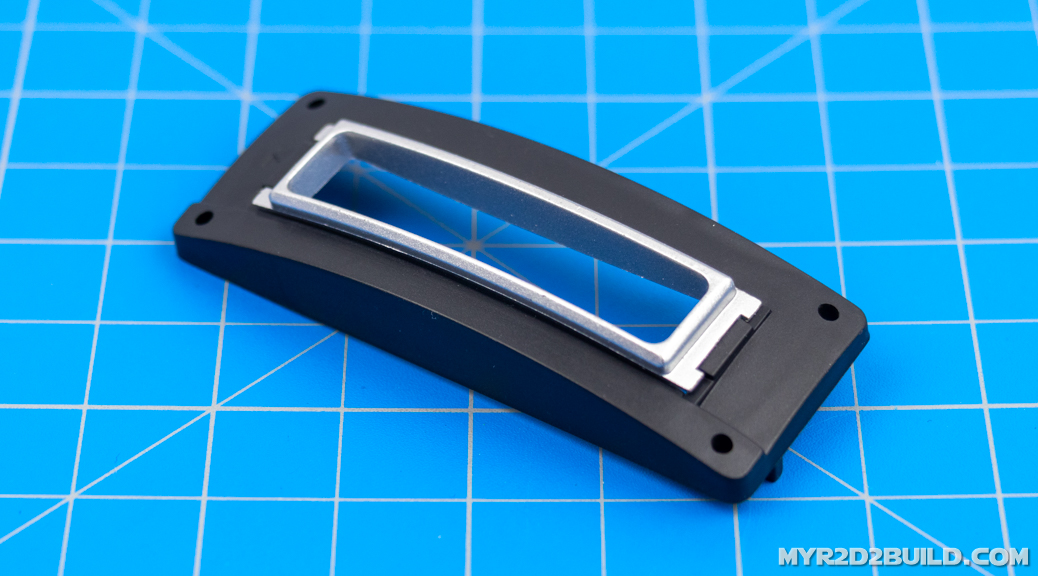 Remove the protective film from the LCD Screen and take note of the three matching pins and slots in the two parts (circled below).

The protective film is not easy to see when removing, so take care to not damage the screen: 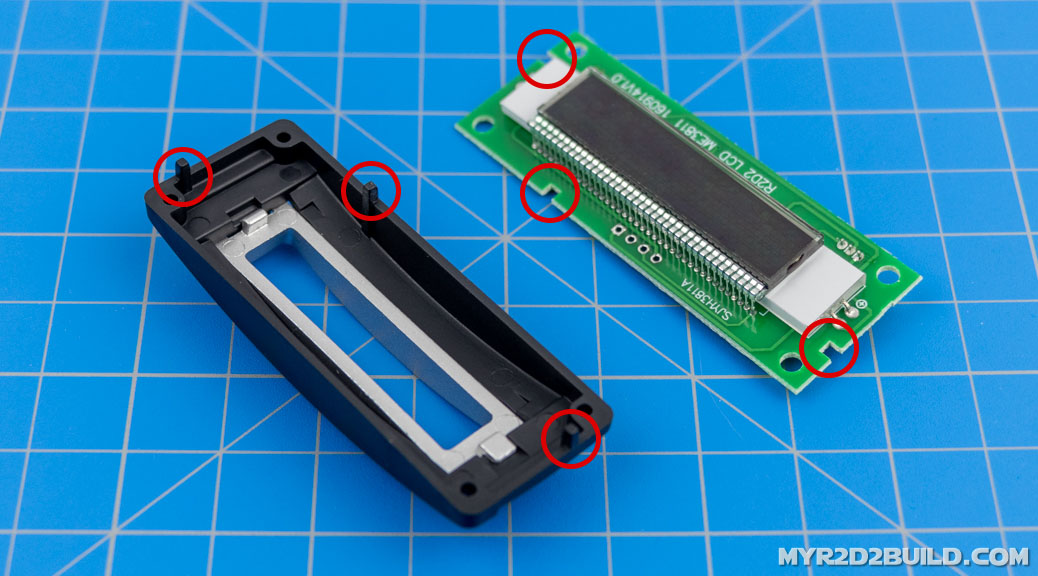 Press the two parts together, aligning the pins as well as the four screw holes: 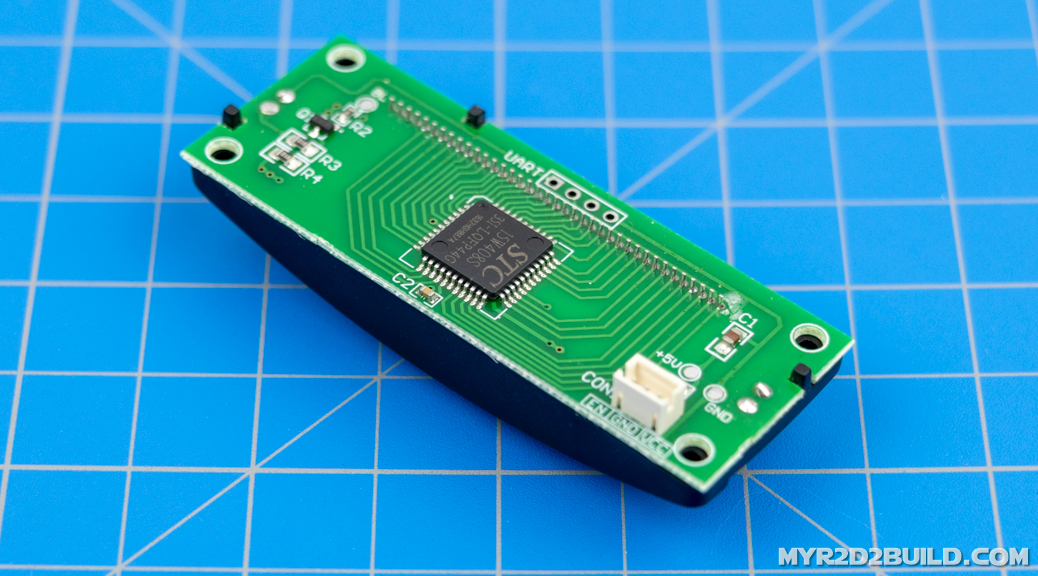 Take the Mounting Bracket and align it with the assembly so the large notch fits over the white socket. Press the assembly together: 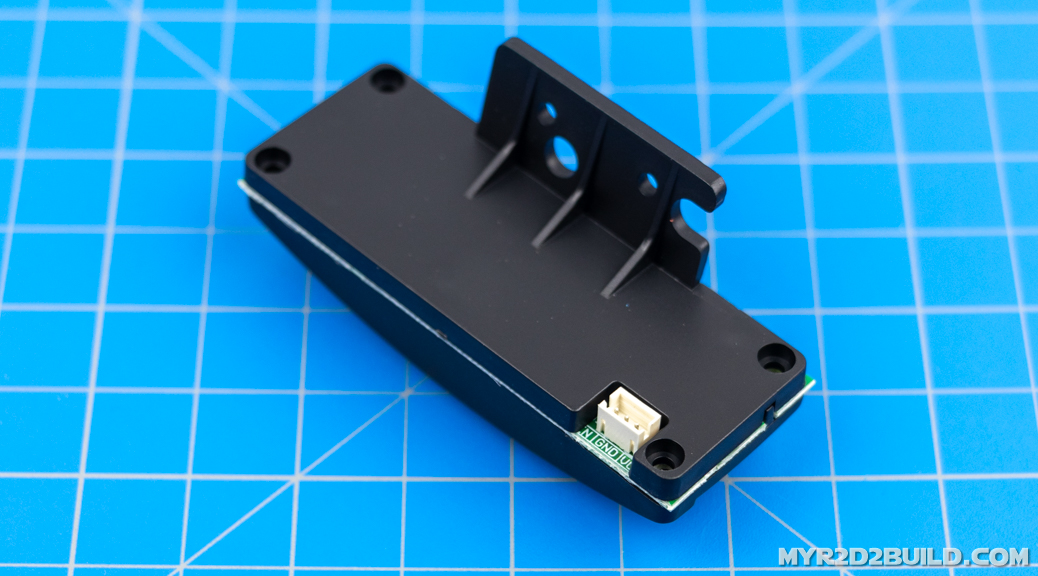 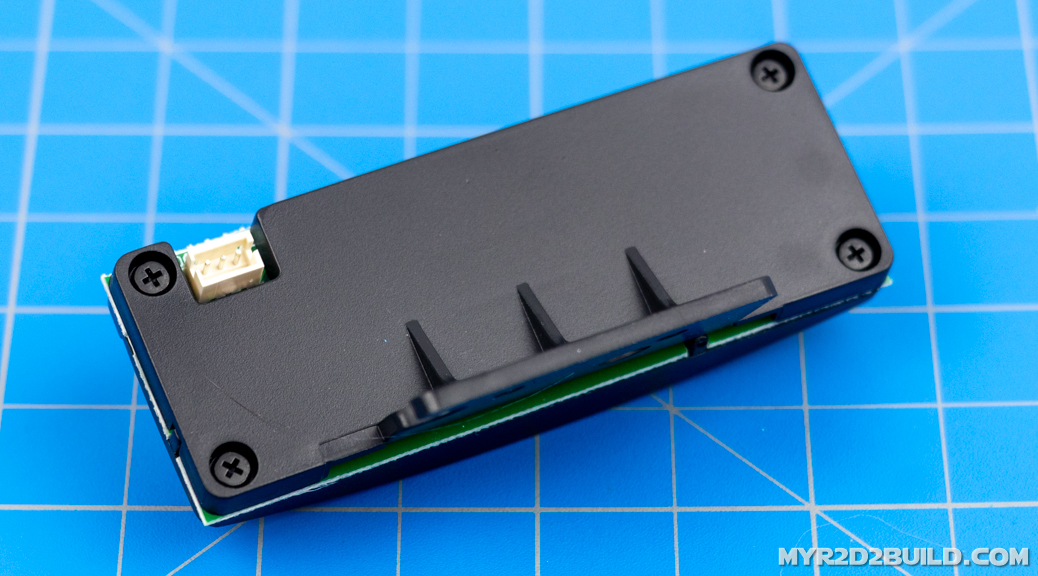 Connect the smaller plug of the LCD Screen Power Lead to the white socket, noting that is only fits one way round: 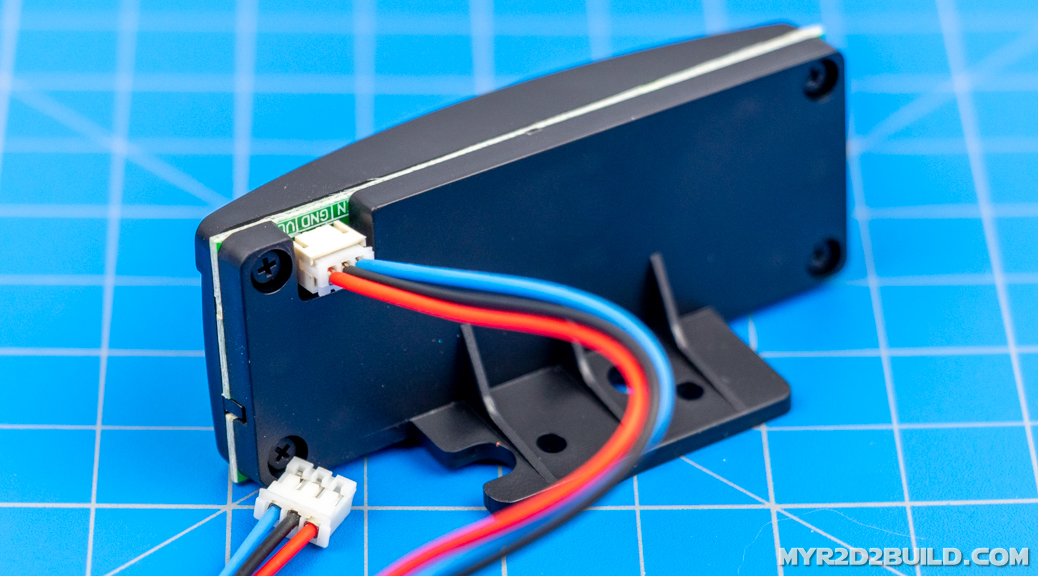 You can test the LCD Screen the same way as we tested the Processor State Indicator back in Issue 4. Connect the LCD Screen Power Lead to the OUT port of the Control Circuit Board, turn the Battery Box to the ON position, then press the S2 button.

This screen is animated and the lights flash through a programmed pattern: 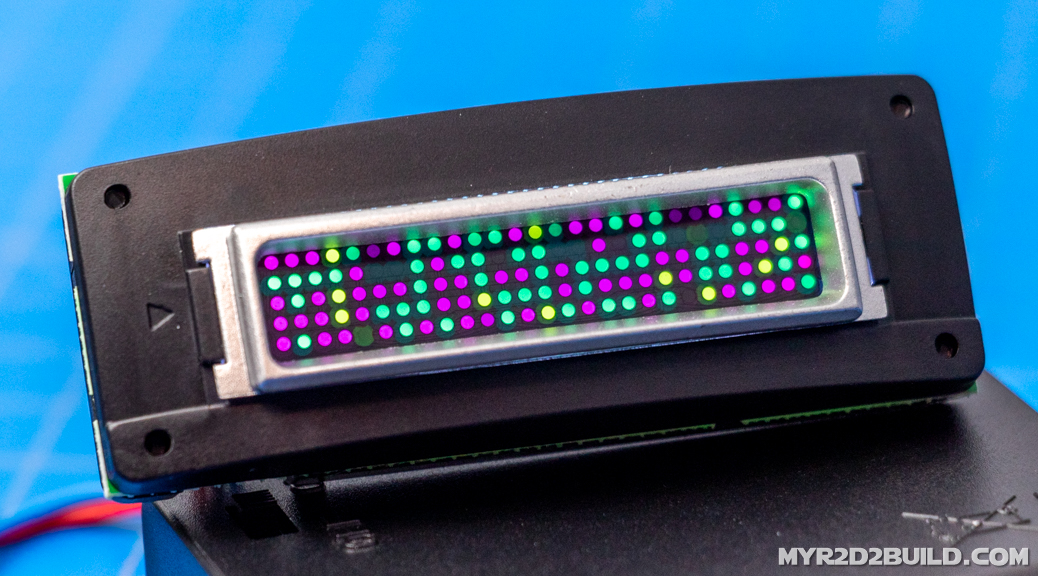 You may have noticed that there is a bit of backlight leaking through around the edge of the LCD Housing in the photo above. This can be fixed easily. First, I took the entire assembly apart and cut a strip of black electrical tape to the correct length. Then I sliced it into thirds lengthwise: 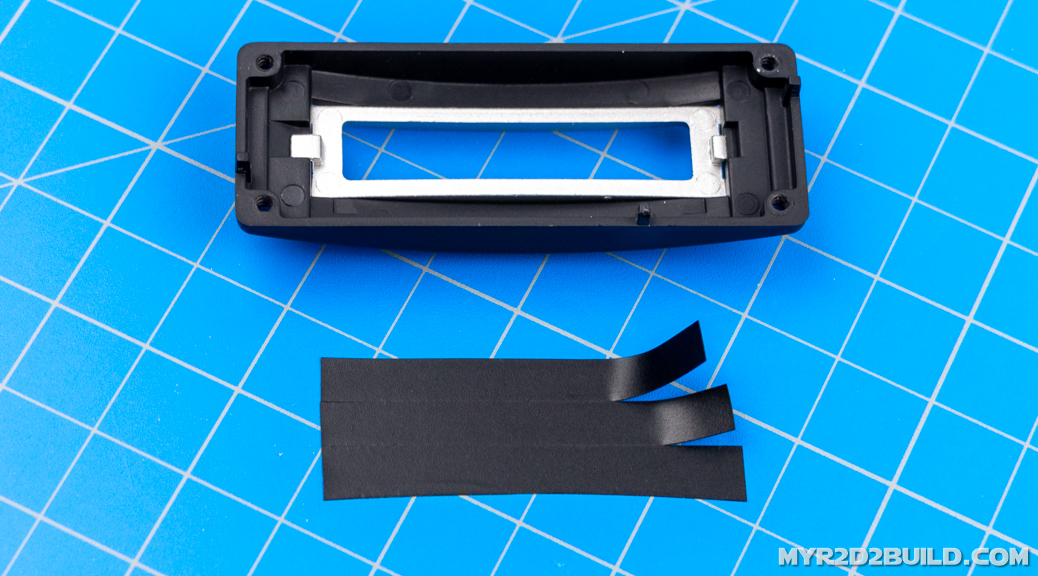 Using soft tip tweezers, I worked one of the strips along the long edge of the opening to cover the gap: 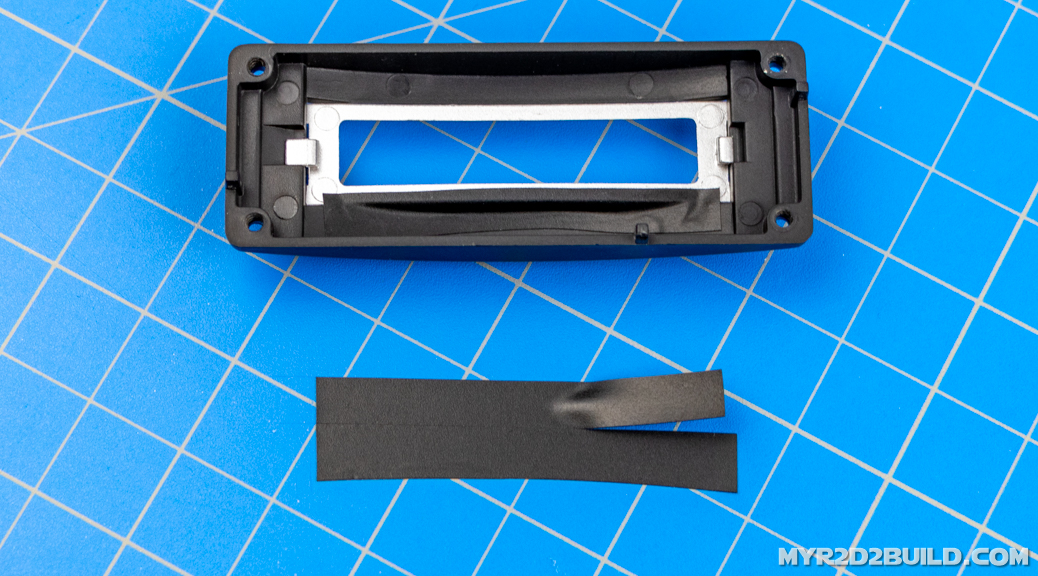 I then repeated this on the other long edge: 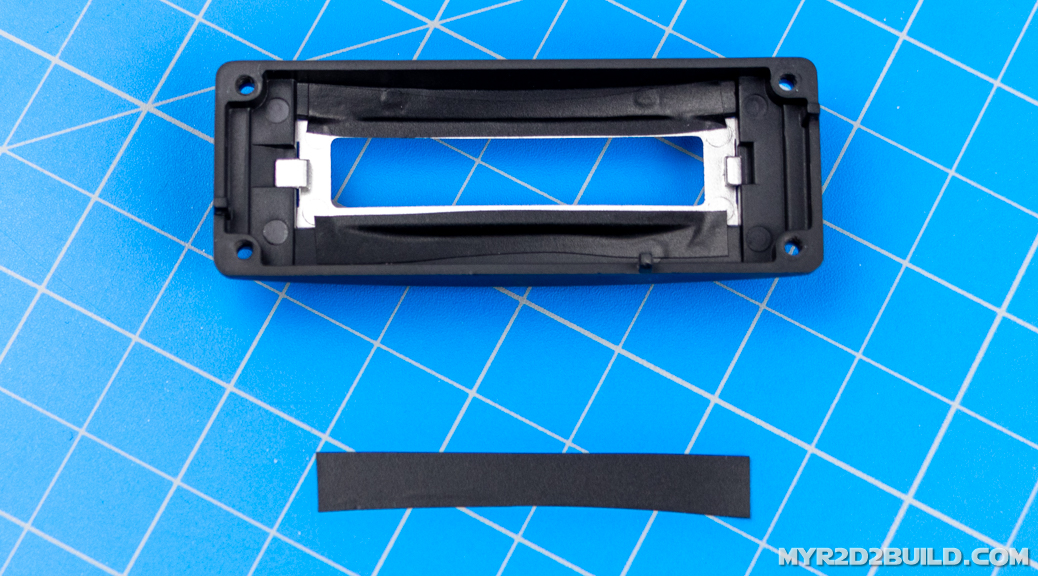 I cut the final strip into smaller sections to cover the shorter side edges: 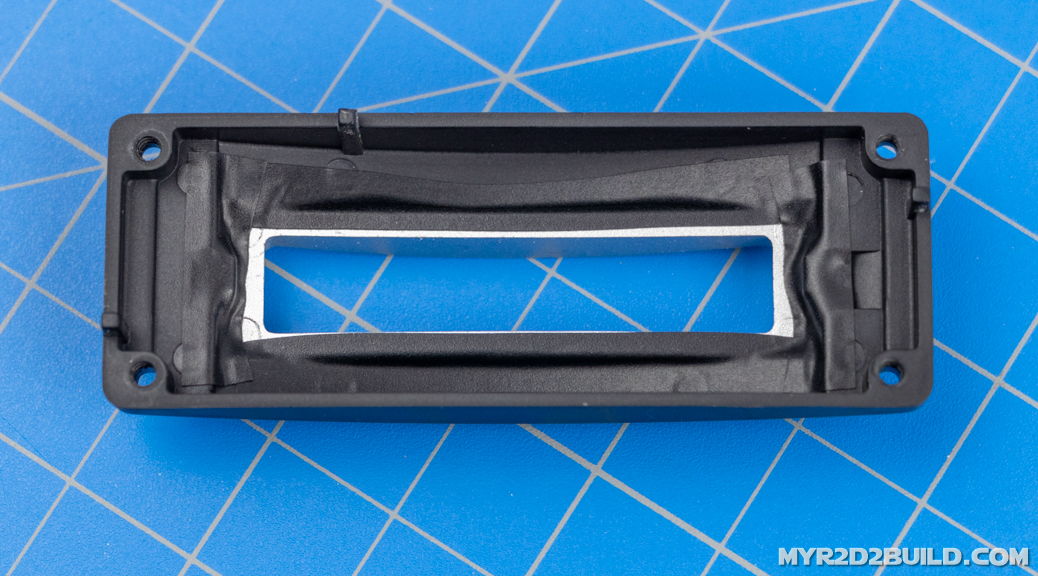 After reassembling the parts, this is the final result. Much better! 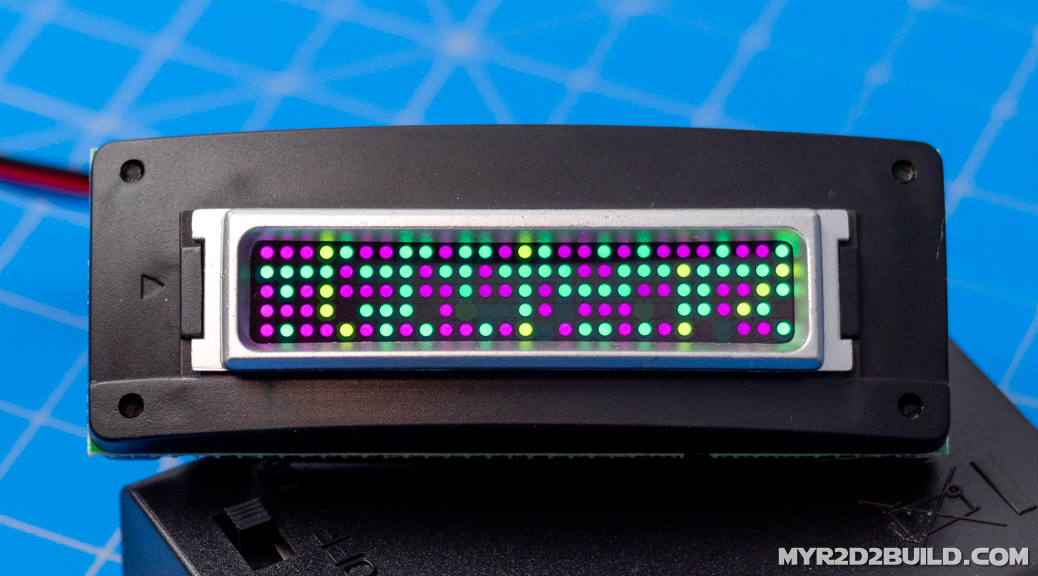 I get pretty hyped up when we work with electronics. This little LCD screen is just fantastic! There was a bit of backlight bleed around the edge of the housing, but a quick modification took care of it. Keep this assembly safe until Issue 64 when it will be installed into the head.