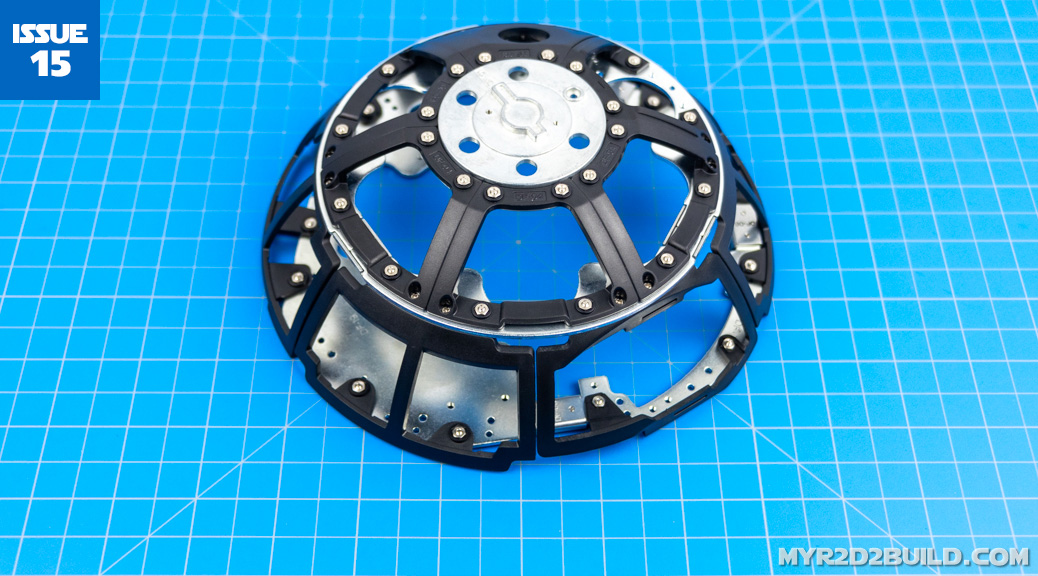 “This issue includes the last two parts of the central metal ring that supports the framework of R2-D2’s dome. You have also received two connectors to complete the assembly.” 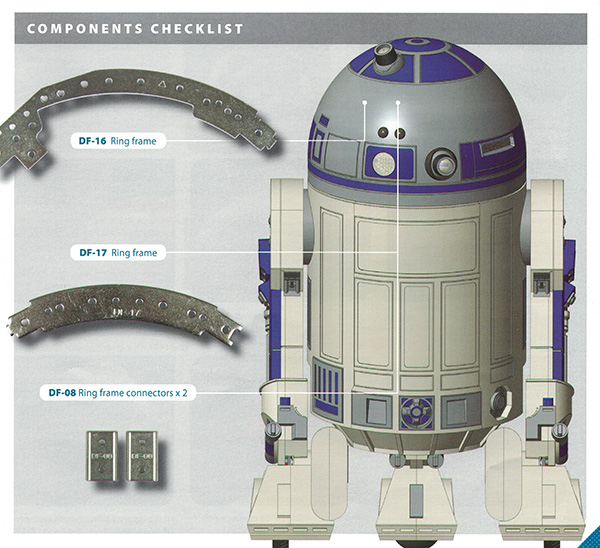 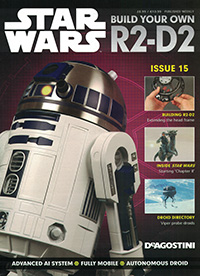 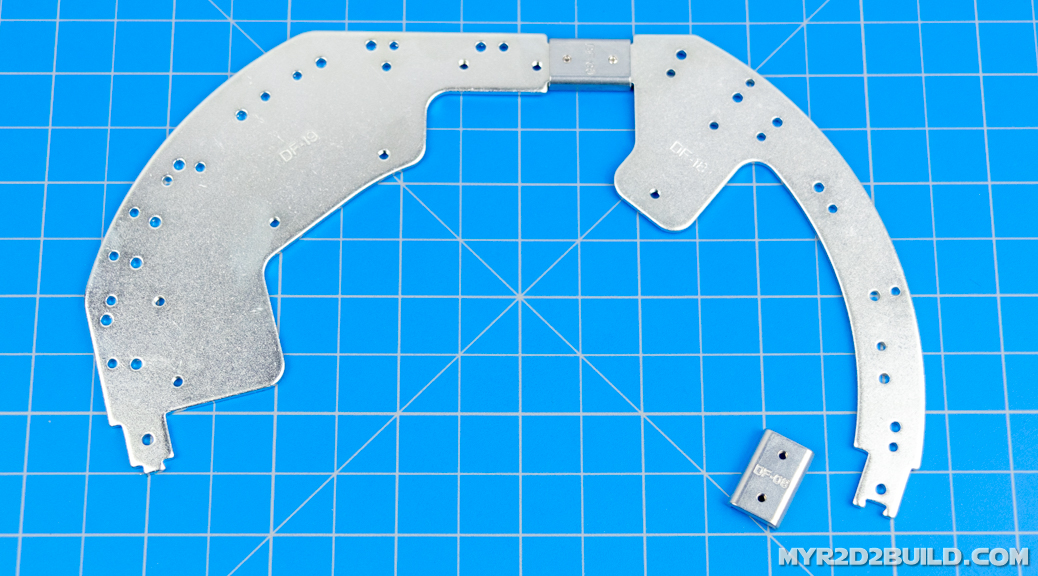 Attach a Ring Frame Connector to the onto the end of the Ring Frame DF-18 from the previous issue with one (1) 2×4 mm silver screw. Make sure the connector is on the same side of the assembly as the connector that is already installed: 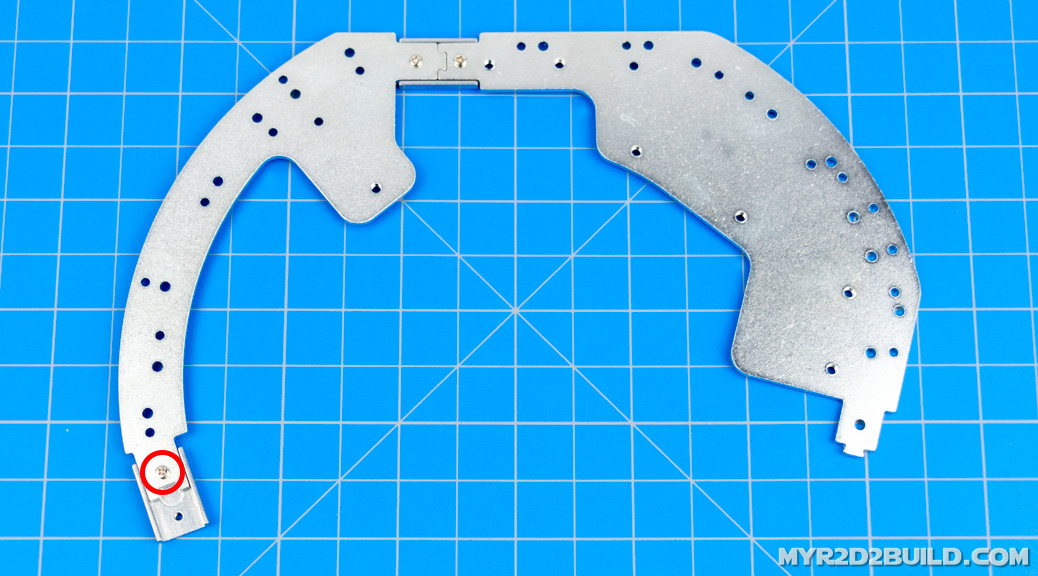 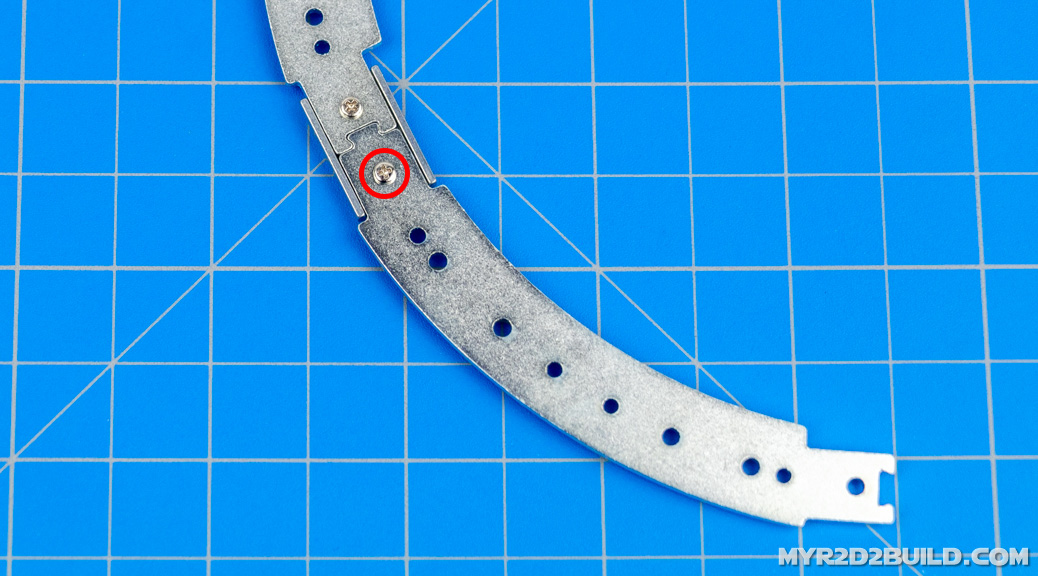 The whole ring assembly should now look like this: 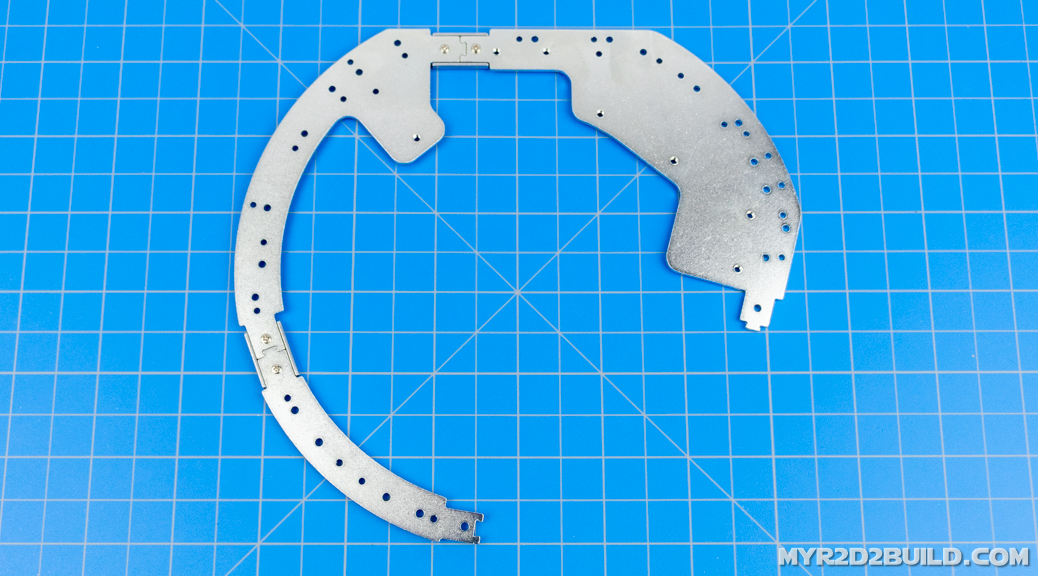 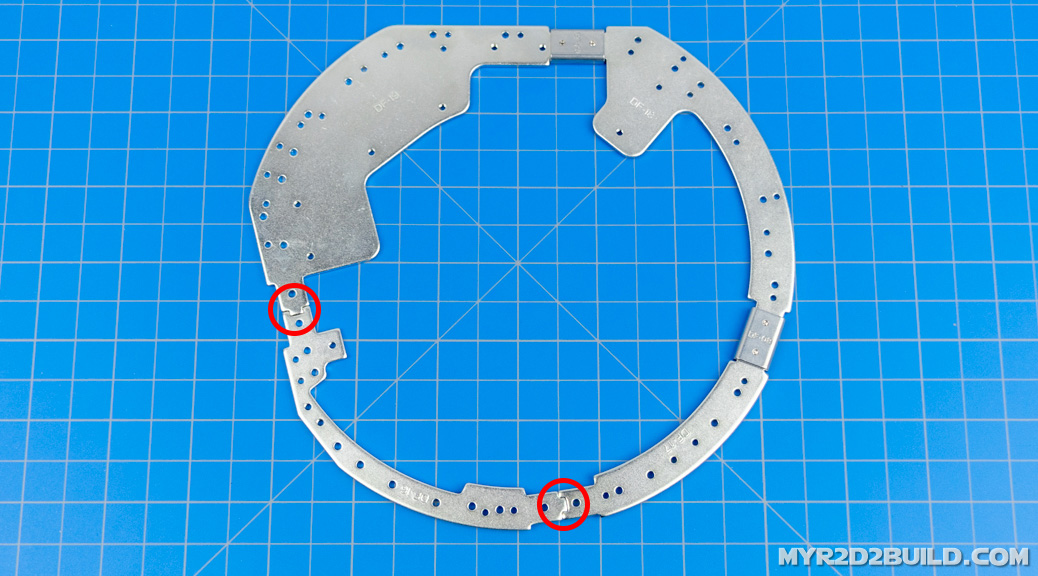 Secure Ring Frame DF-16 into place at both ends with four (4) 2×4 mm silver screws and the remaining Ring Frame Connectors: 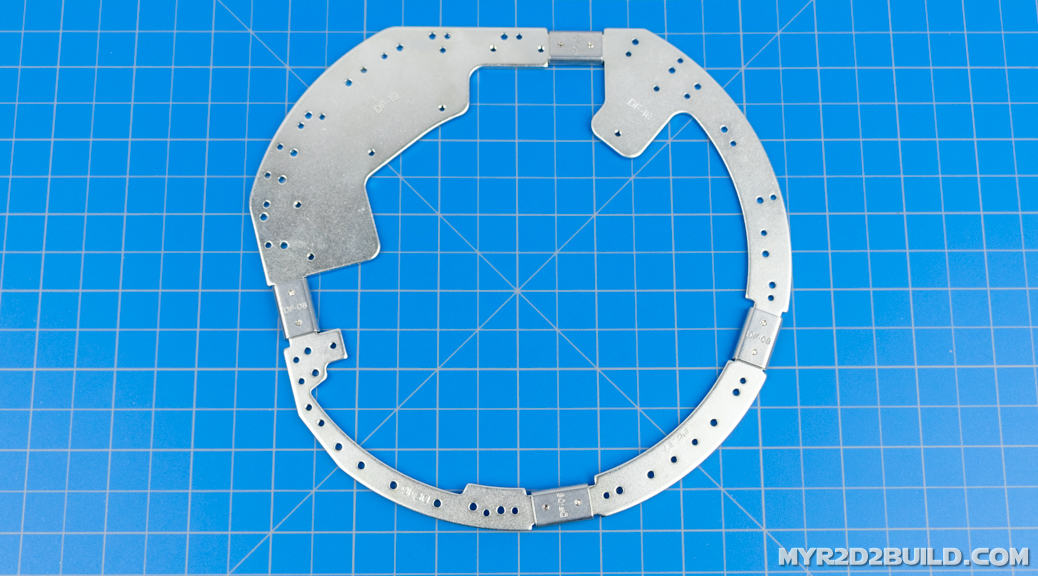 This is harder than it looks, and the pictures in the magazine do not help much. But, I have noticed that there is an arrow pressed into the metal here… 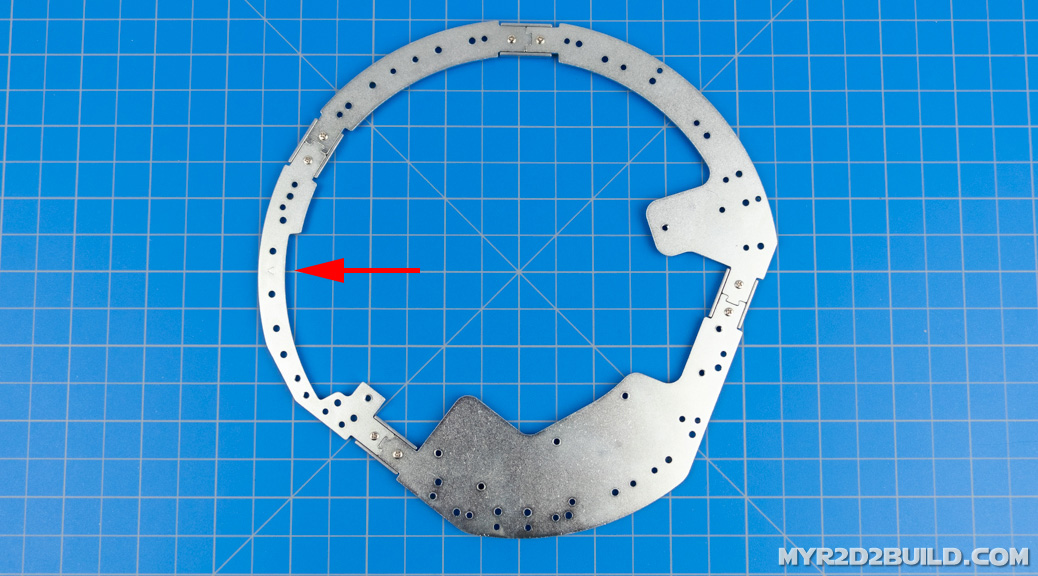 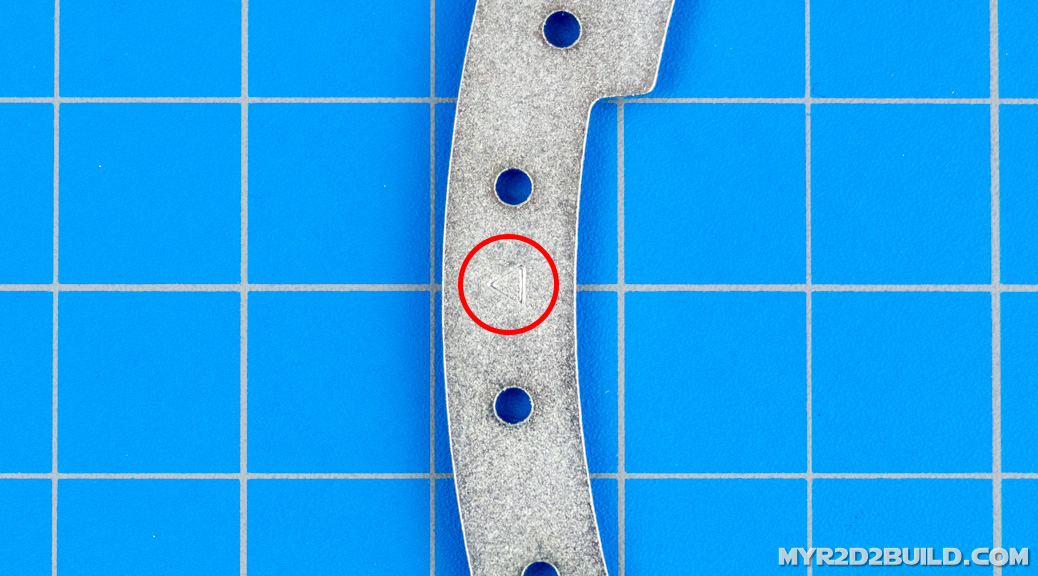 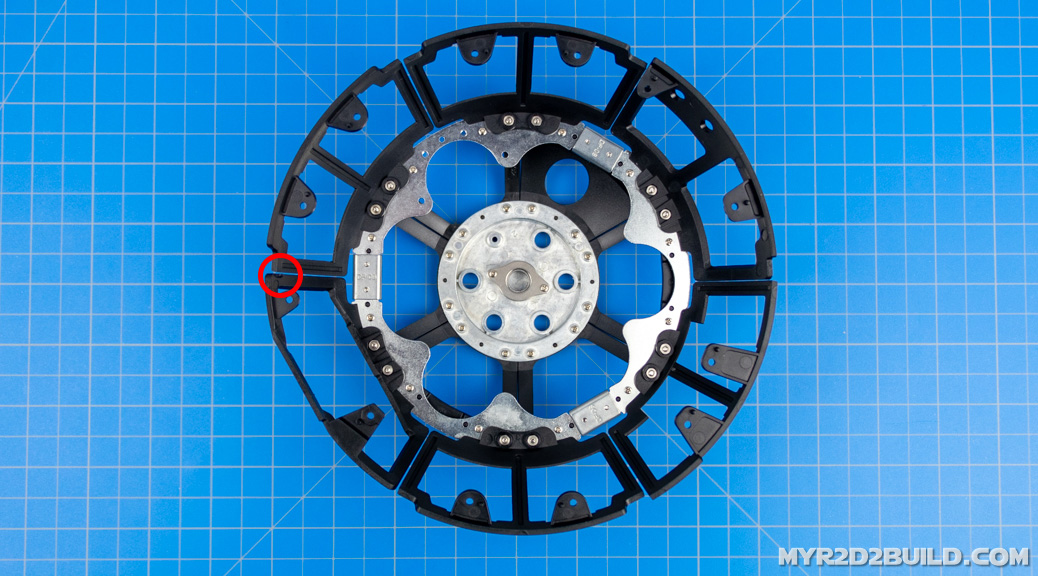 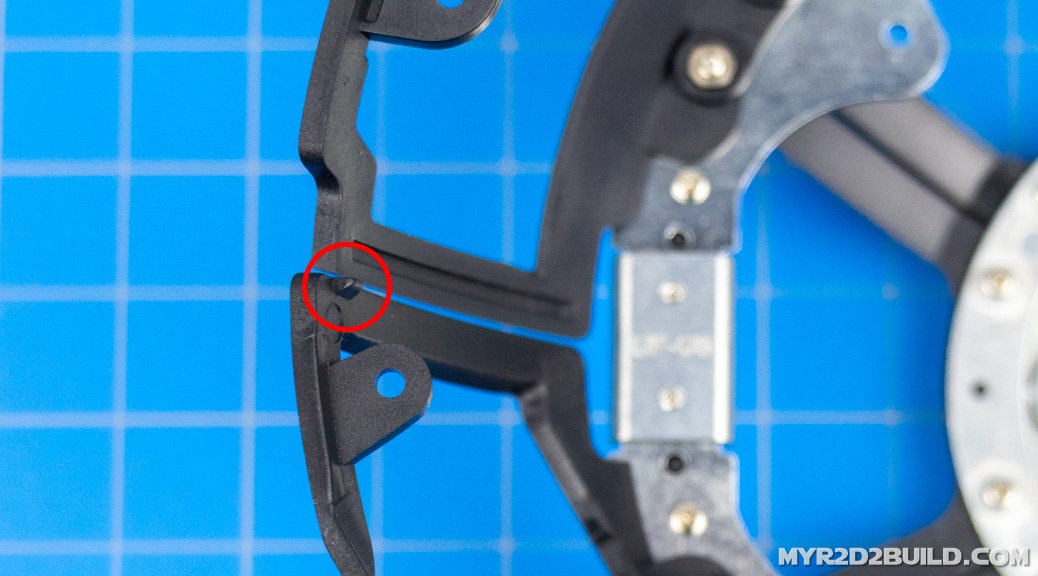 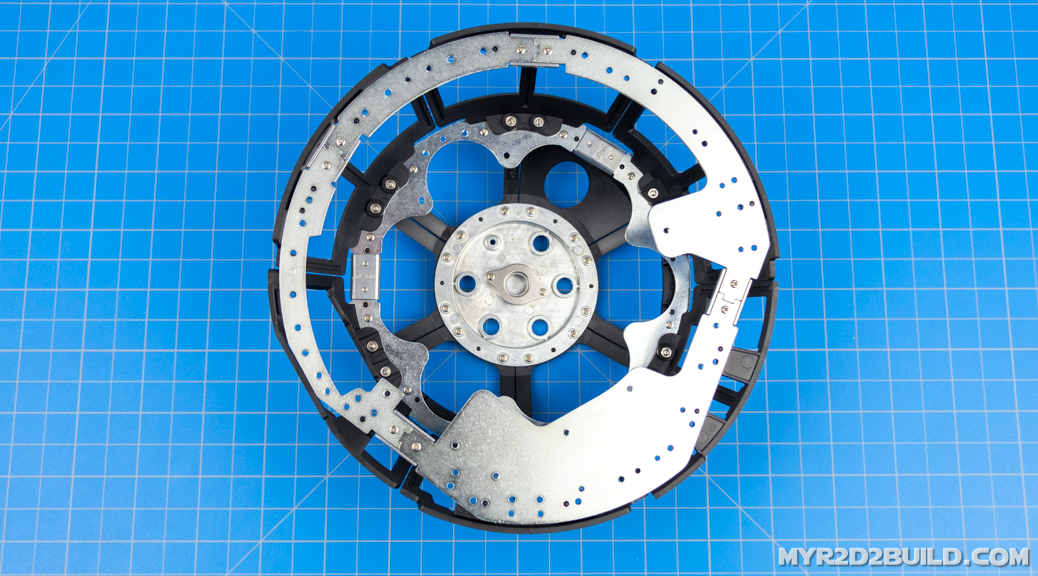 The twelve holes in the Ring Frame assembly should line up with the hexagonal recesses in the Dome Frames (three are circled below): 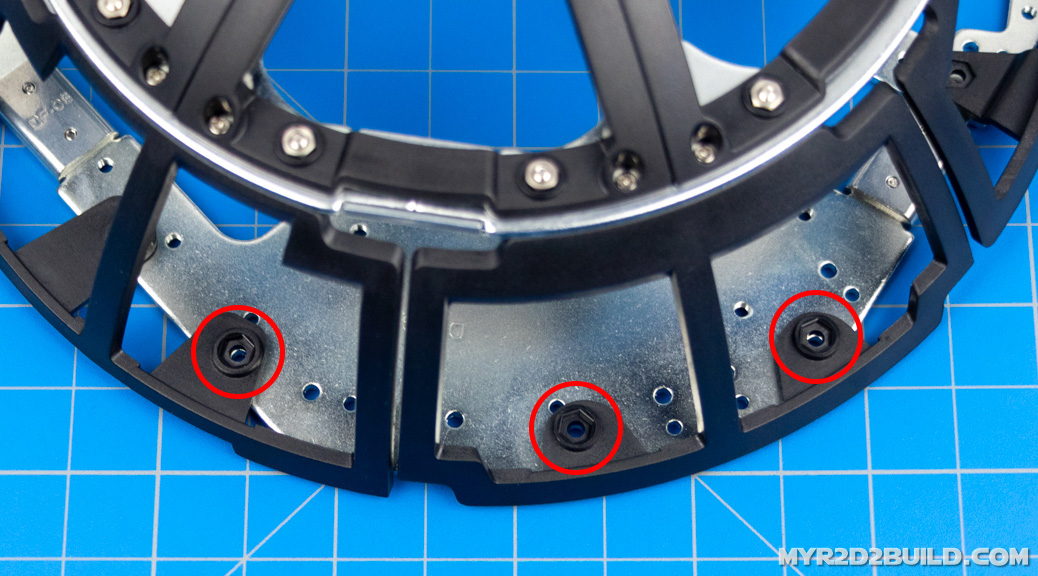 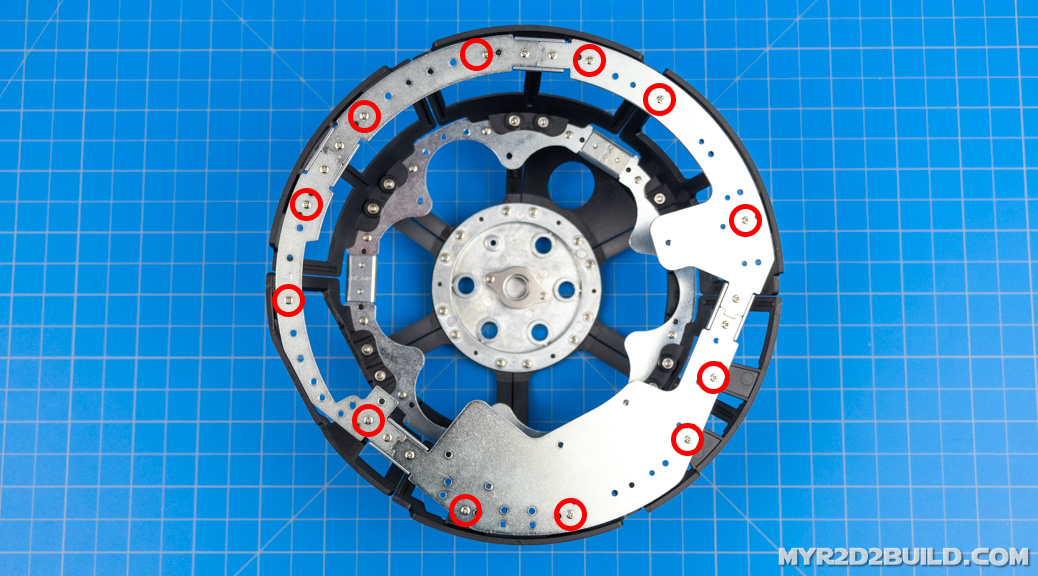 OK, the dome chassis is now 2/3 complete and has become quite robust and hefty. In the next issues, we start on the bottom layer of Dome Frames that will complete the dome chassis. Everything in this issue is metal.