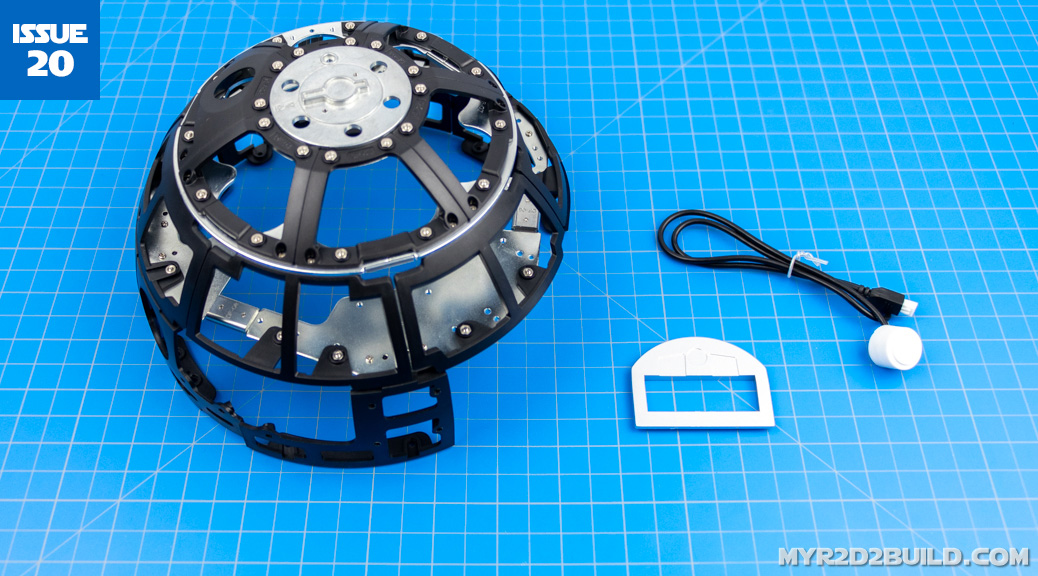 “This [issue] includes another part of the bottom layer of the head frame. You have also received two parts that are needed during the later stages of assembly, so keep them [safe] until then. One is the sensor that detects obstacles near R2-D2’s right shoulder, and the other is a part of his leg assembly.”

Just like that we are returning to the dome chassis again. Keep the ultrasonic Right Sensor and Right Ankle Mounting Plate in a safe place as they will not be used until later issues. 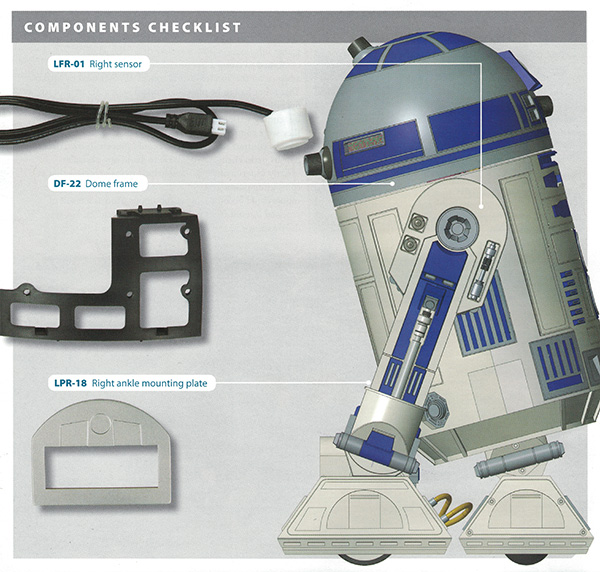 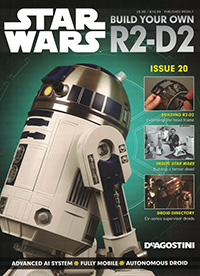 Retrieve the dome assembly from Issue 18. Fit the Dome Frame to the dome at this location, aligning the pins and holes: 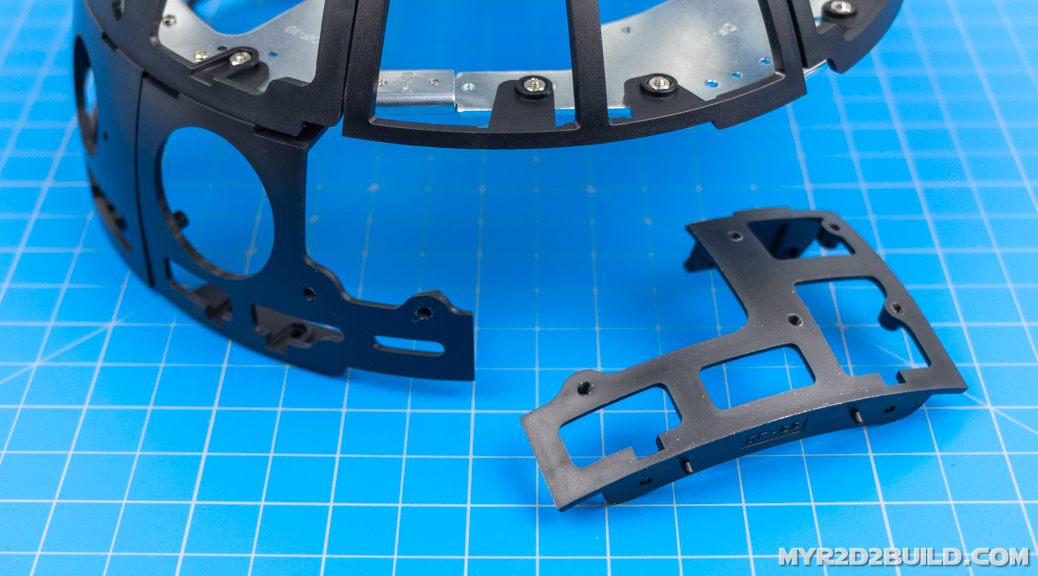 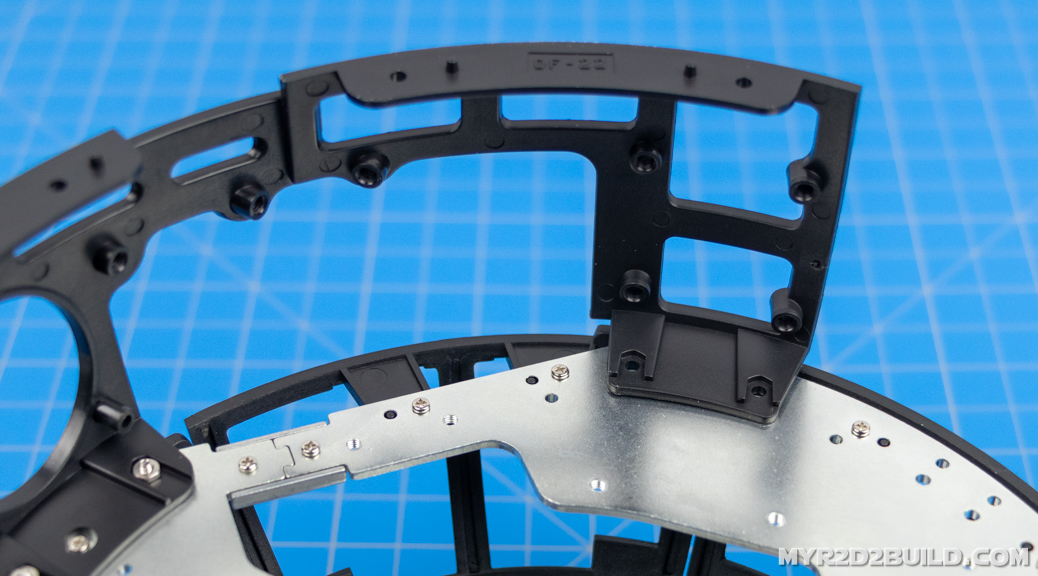 While holding the Dome Frame in place, fit a 2×4 mm nut into each hexagonal recess and secure with two (2) 2×6 mm silver screws: 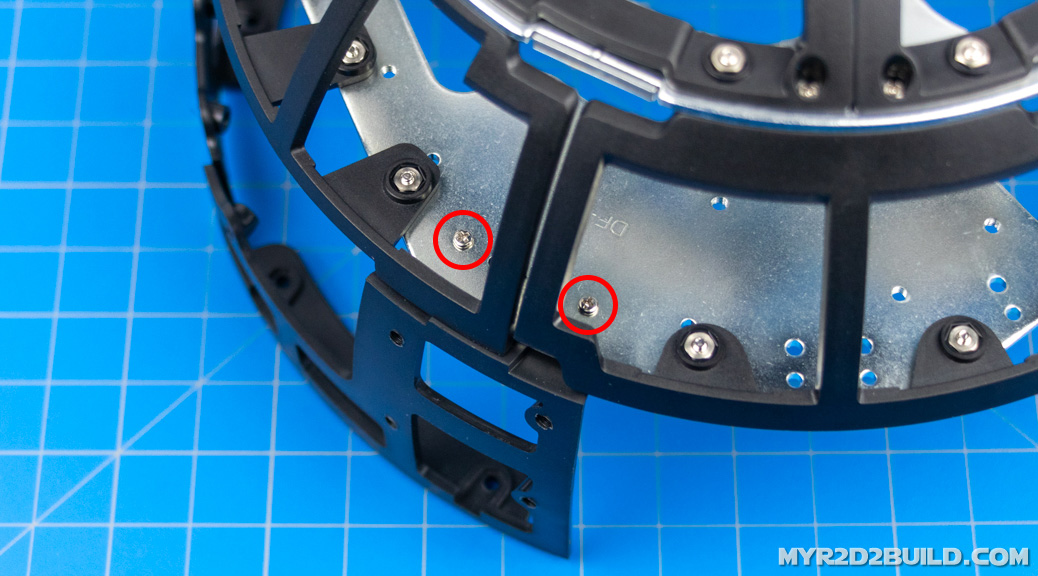 And, a better look at the installed frame panel: 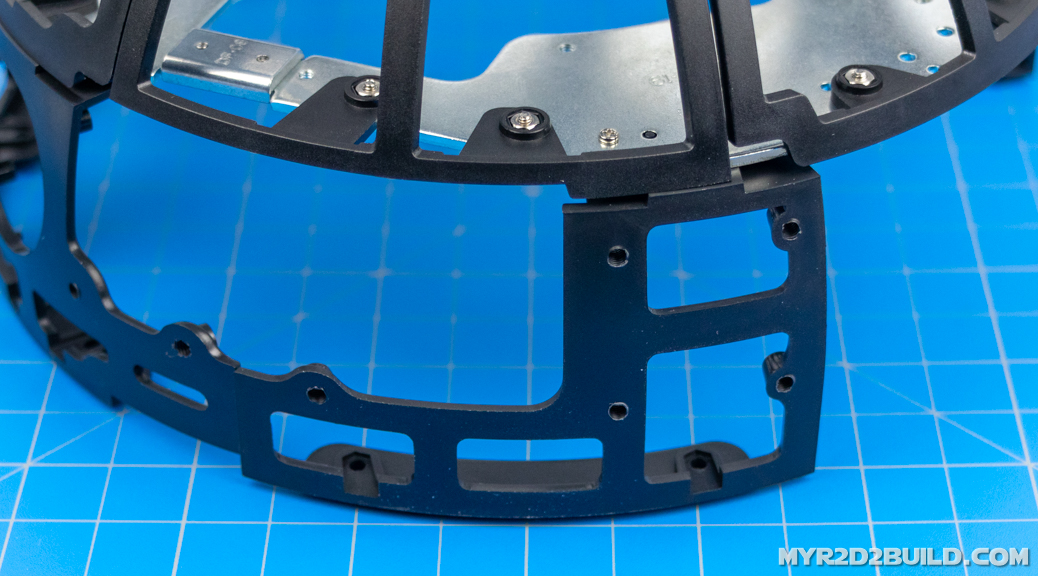 Yet another super short issue. But, we are only one Dome Frame away from completing the dome chassis! The Right Ankle Mounting Plate will be used in the next issue, but the Right Sensor will not be used until Issue 30 so keep it safe until then.