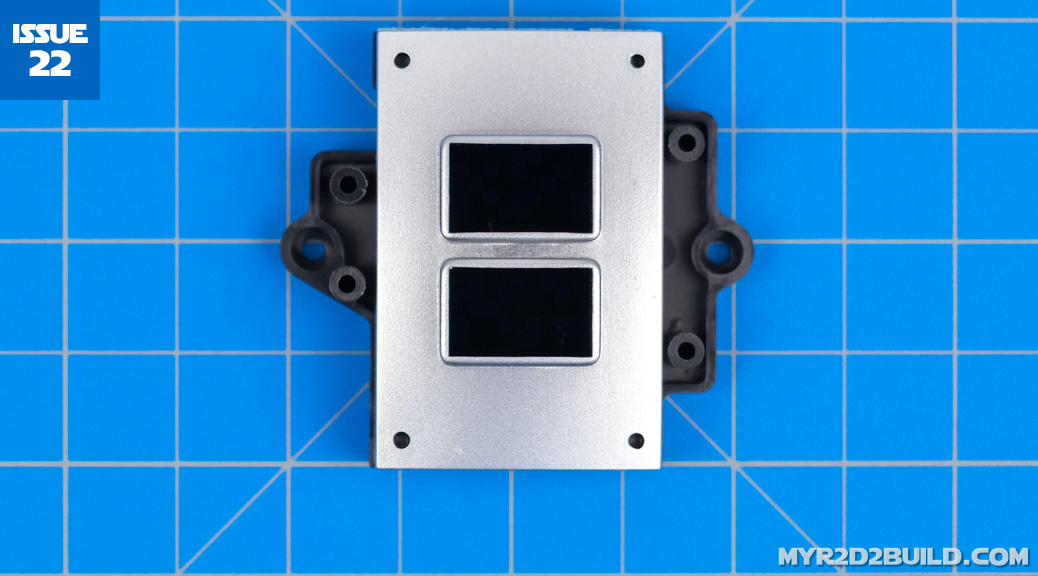 “This issue’s part are used to make R2-D2’s logic function displays, the two rectangular panels near the front of his dome, which show a pattern of flashing blue and white dots. This is based on an LCD screen controlled by a logic chip which you will be able to fit into its housing, then check that it is working using the same test circuit you used in [Issue] 6.”

In this issue, we get to play with more electronics! 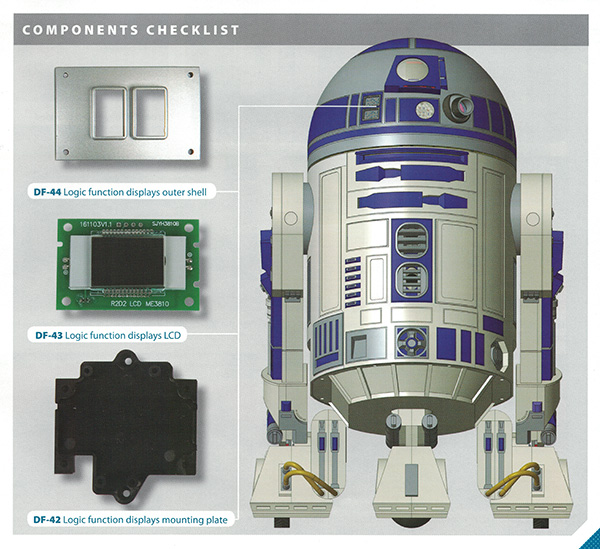 Materials: Everything non-electrical is plastic. 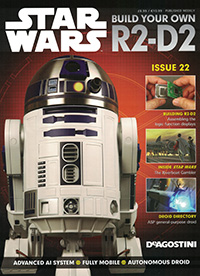 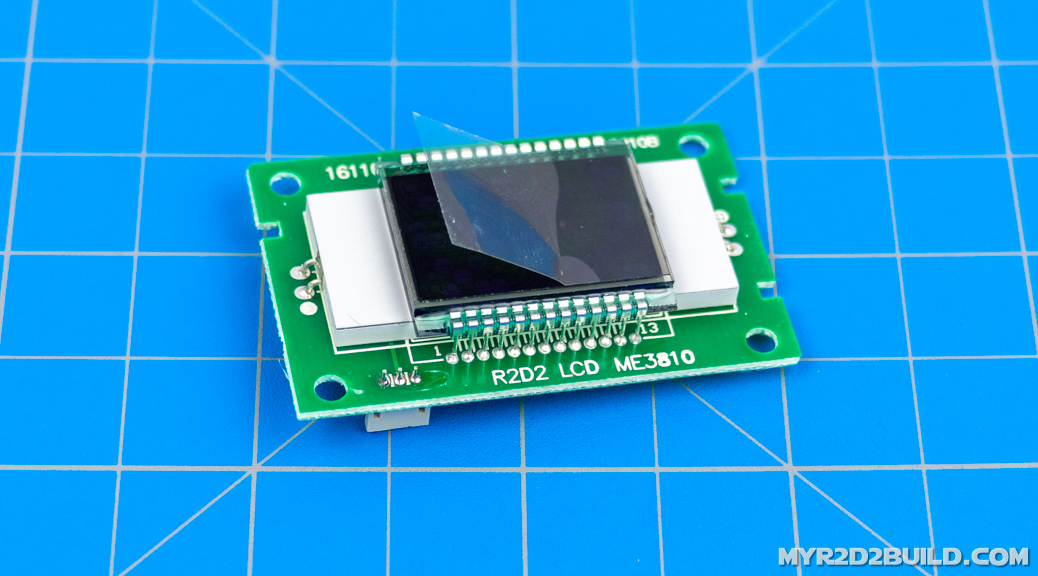 With the LCD facing the Logic Functions Displays Outer Shell, align the four holes of the two parts.

It is actually easier to align these three tabs in the shell to the notches in the circuit board: 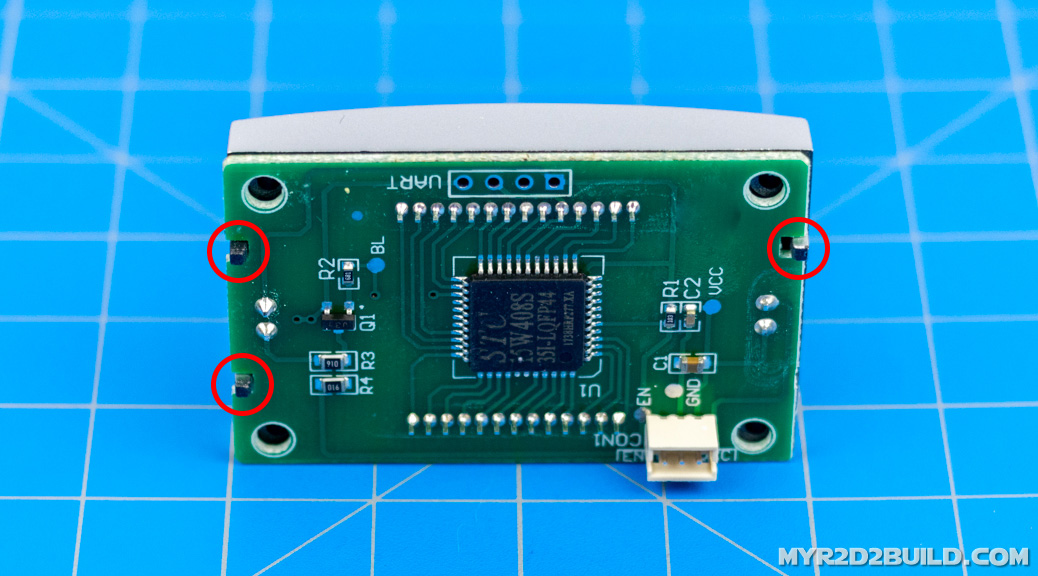 Take this assembly and press it face down on the Logic Function Displays Mounting Plate, aligning the holes.

The mounting plate also has three notches that match up to these tabs: 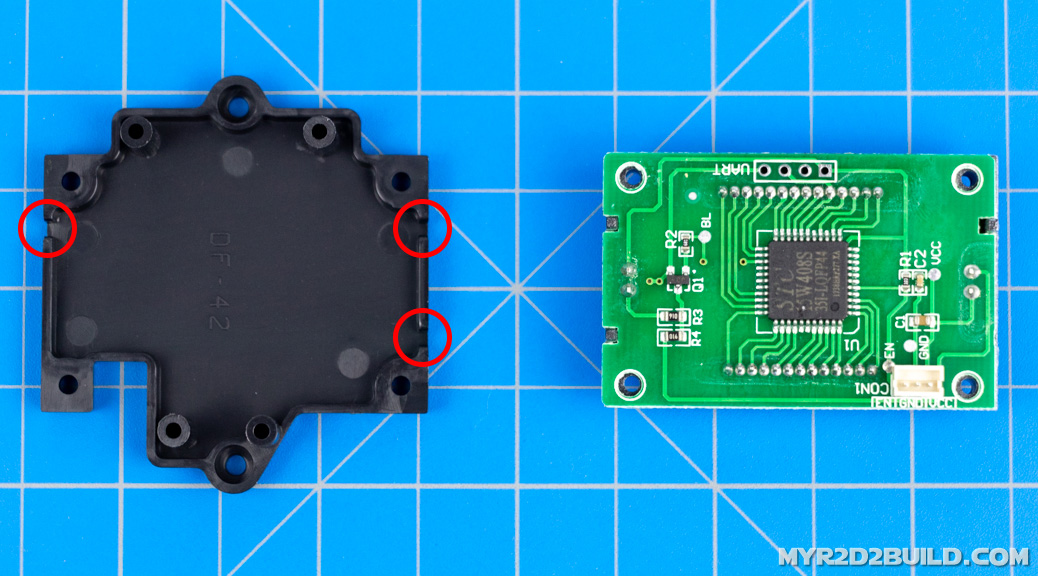 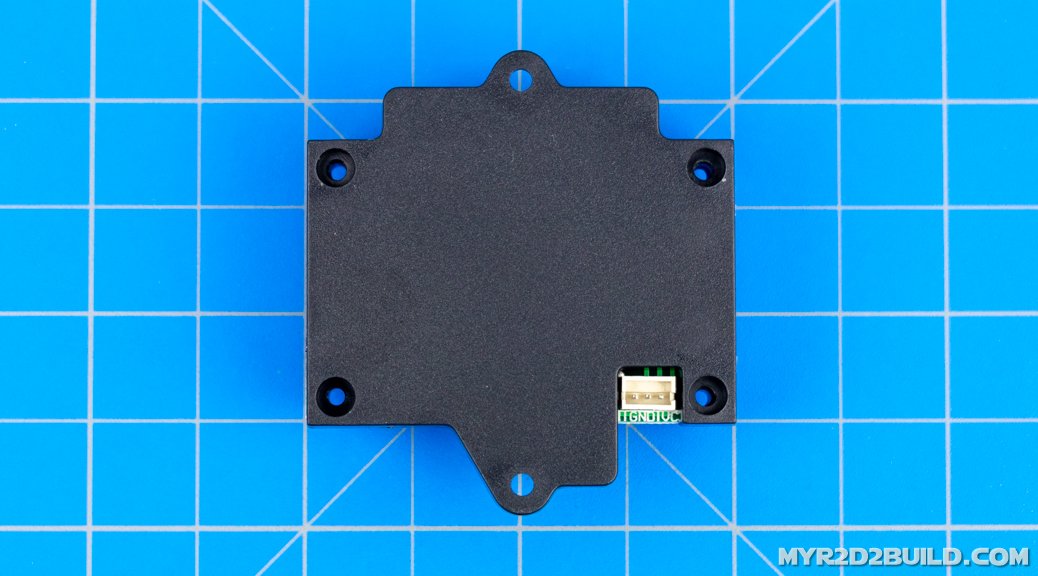 Attach the assembly together with four (4) 2.3×6 mm black screws: 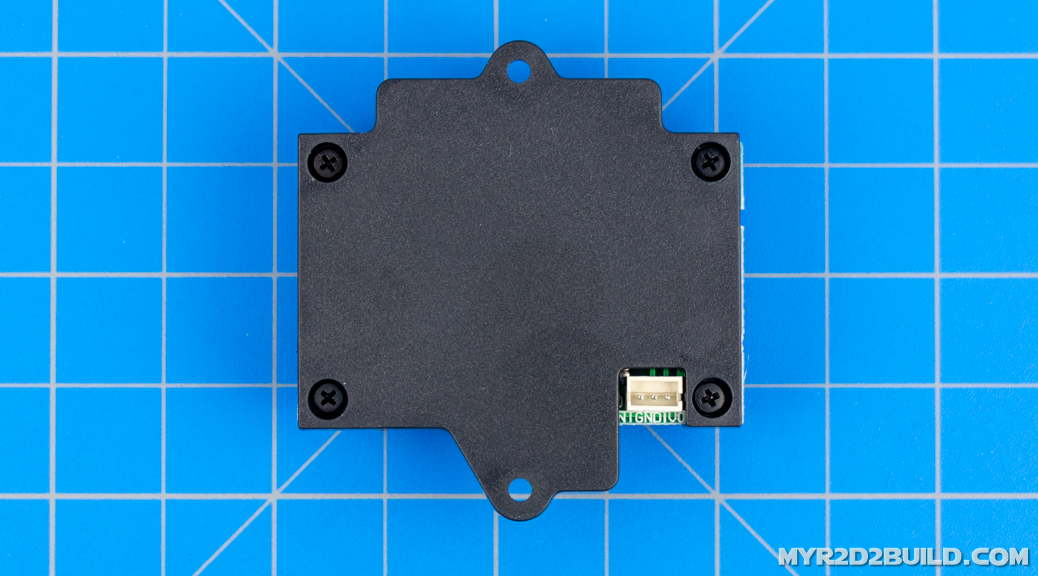 You can test this display in the exact same way we tested the previous LCD back in Issue 6. Use the wire from that issue to connect this panel to the OUT port of the Control Circuit Board. Connect the Battery Box to the POWER port, turn it on, and press the S1 switch.

These lights are animated in a similar fashion to the other LCD Screen, but are all blues and whites: 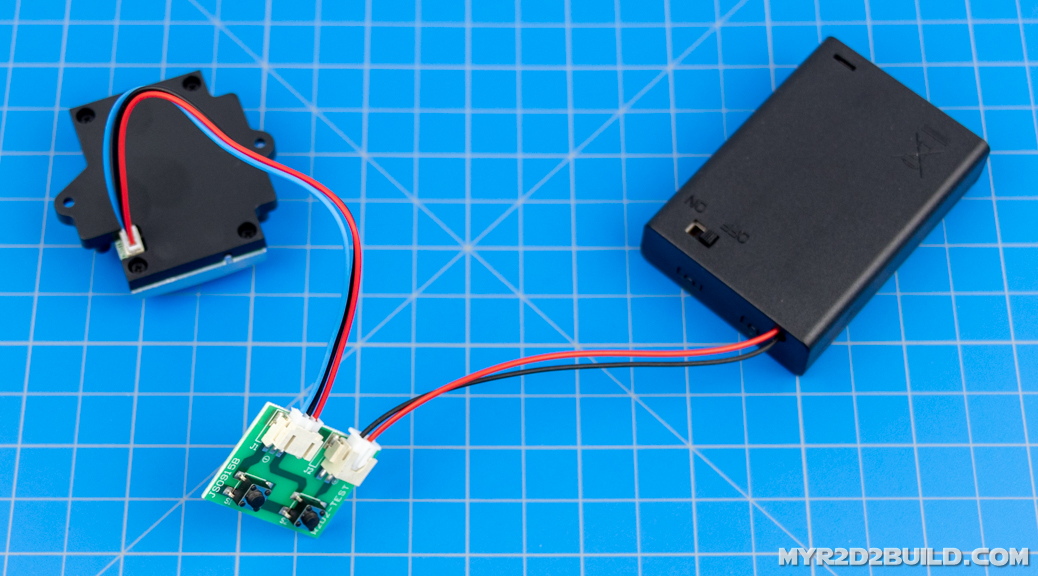 I turned down my studio lights so we can see the display better. It is animated and the various dots light up and flash patterns: 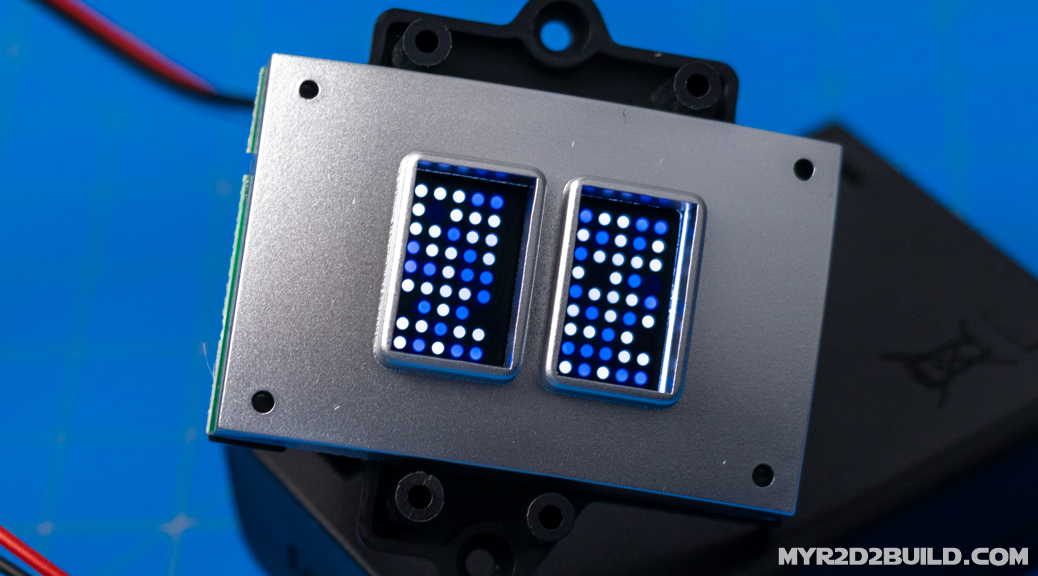 I have to admit when we get electronics in an issue, it makes for a happy day! While this issue was completed quickly, the payoff was superb. Keep this assembly safe until we attach the permanent wiring lead in Issue 60.