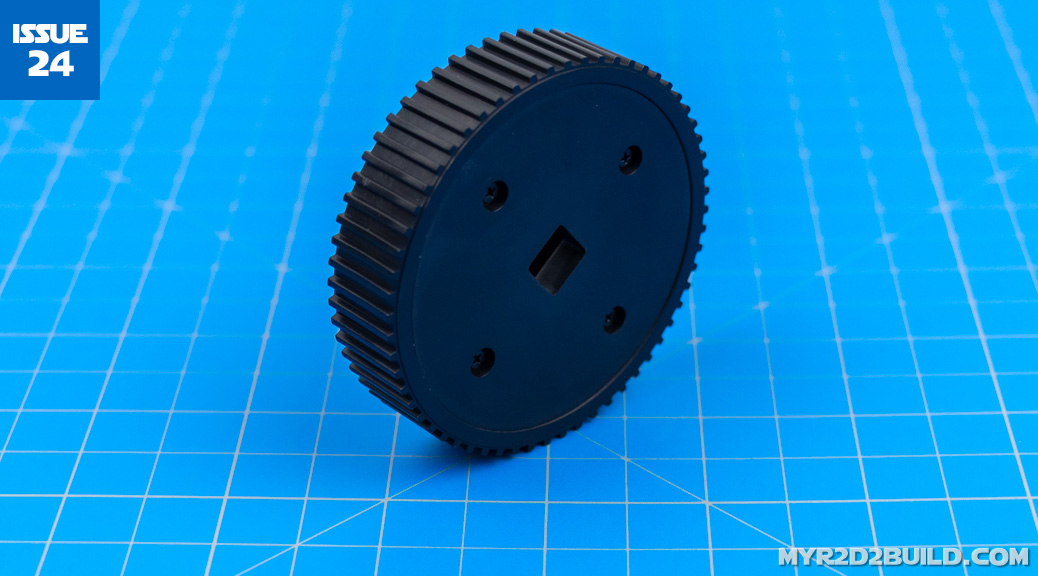 “R2-D2 travels around on two drive wheels that project below his left and right feet, and steers by powering the two wheels separately. This [issue’s] parts are used to assemble the first wheel, which will be installed in his right foot. You have also received a selection of screws for use in the next few [issues].” 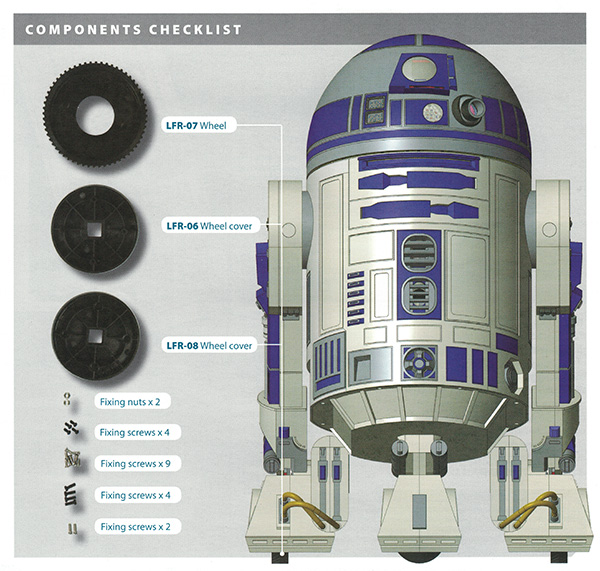 Materials: All of these parts are plastic. 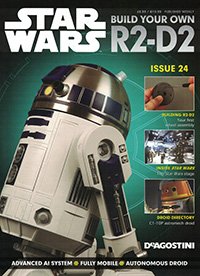 Make sure you use the Wheel Cover with the raised posts here: 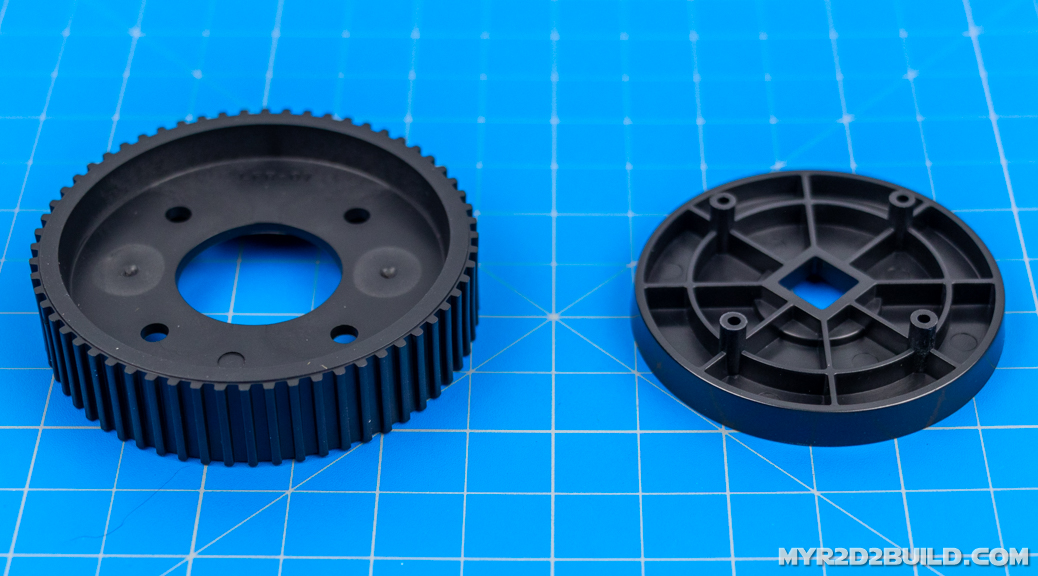 Press the two parts firmly together.

I think my wheel was not perfectly round so this was tricky, but it eventually lined up correctly. The cover makes it round again: 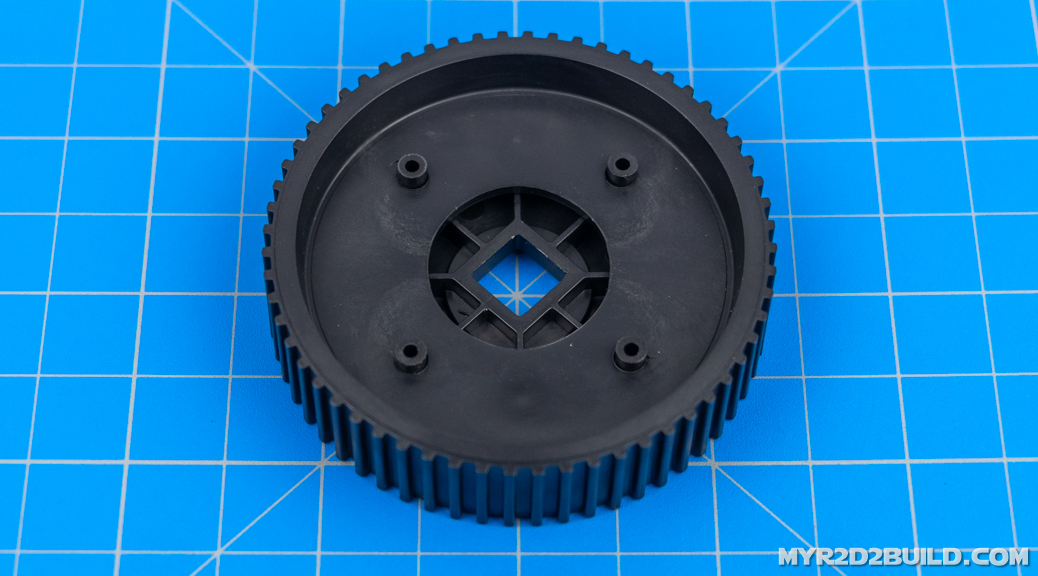 Press the Wheel Cover LFR-08 onto the projecting lugs of the wheel assembly: 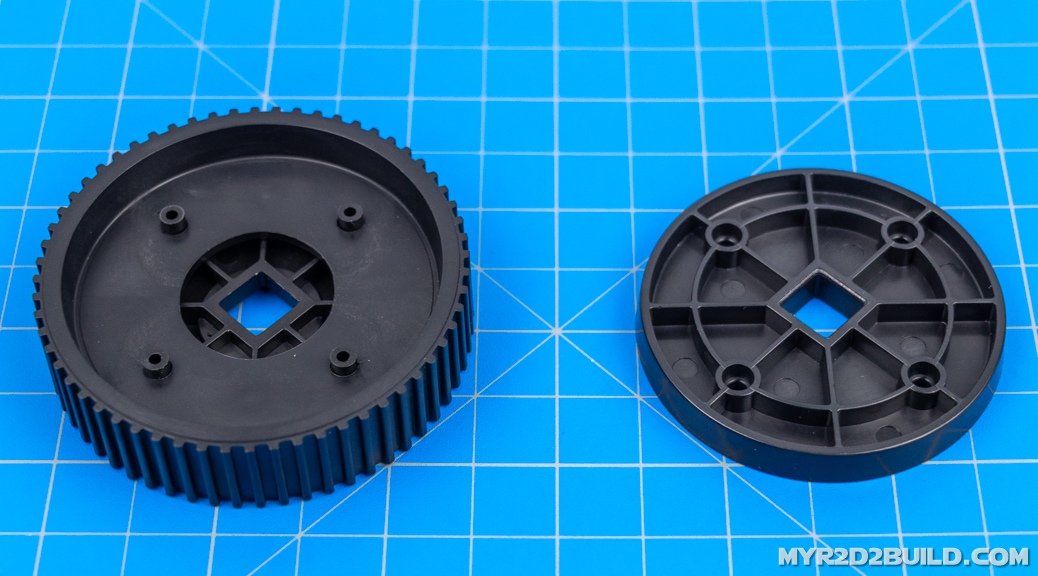 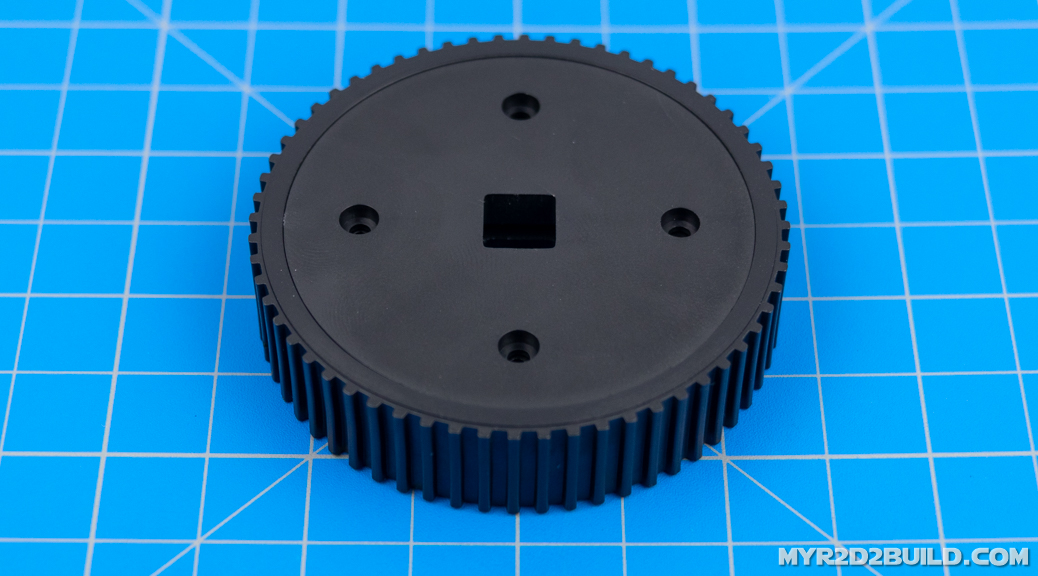 Fasten the assembly together with four (4) 2.3×6 mm black screws: 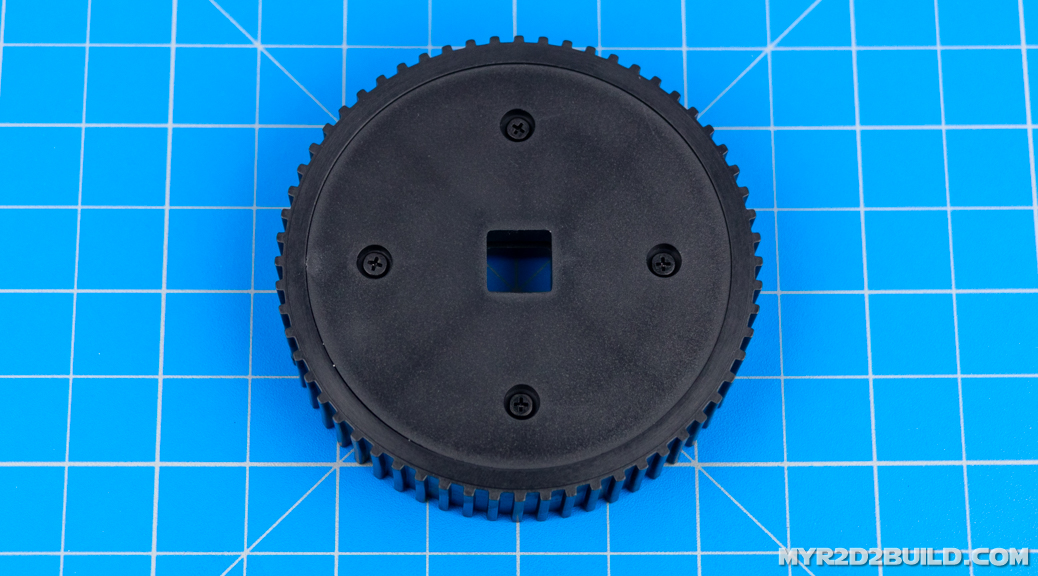 I was hoping the wheels would have some kind of rubber tread for traction. I hope the weight of the entire model will be enough to give it the ability to move OK on smooth, hard floors. We will install this wheel later so keep it safe for now.