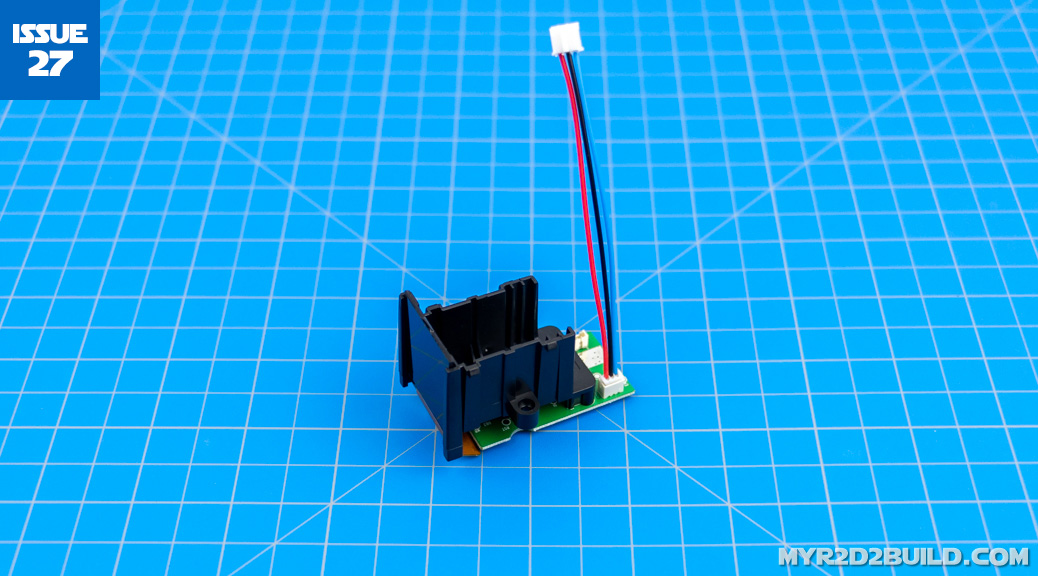 “R2-D2’s ‘holograms’ are produced by a digital display screen, which is controlled by a projector circuit board. The screen is mounted at the back of a lens holder into which you will slot a series of elements that focus the image in front of R2-D2’s projector.”

Capable of projecting ‘holographic’ images on a remote surface, R2-D2’s projector assembly arrives in this issue. This is accomplished by using an LCD digital display screen, a light source, and a few lenses. It has the ability to show two separate animations, one of Luke and one of Leia. 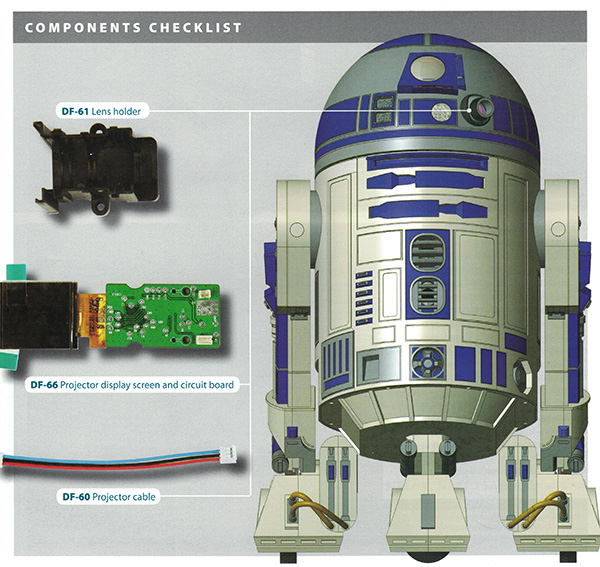 Materials: All non-electrical parts in this issue are plastic. 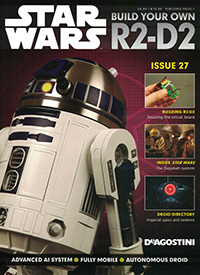 Using the green tabs, carefully remove the protective films from the projector display screen. Handle the screen only by the edges.

My tabs were blue, not green as in the instructions, but it makes no difference here: 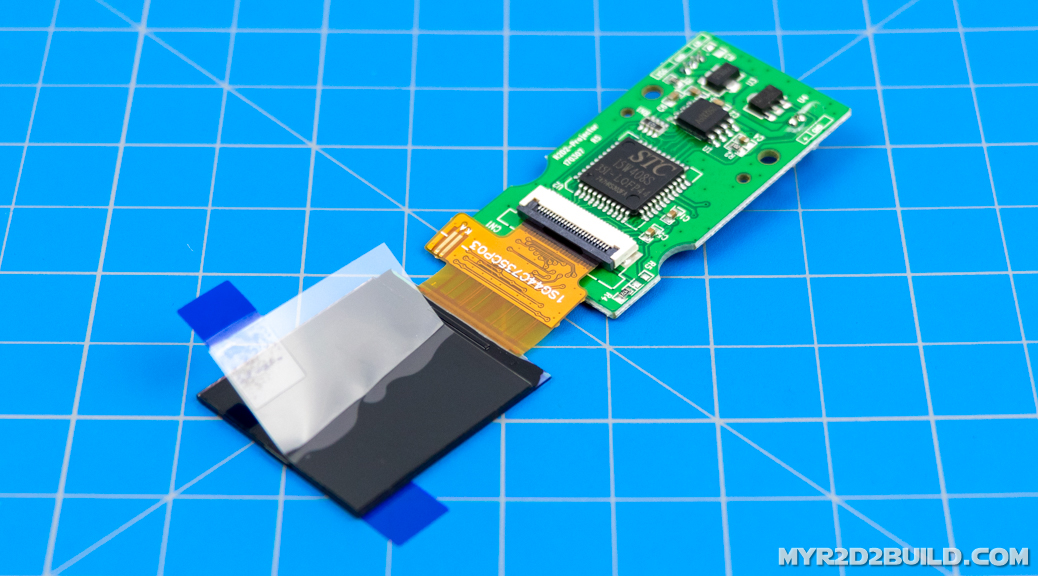 Slot the Projector Display Screen and Circuit Board into the grooves of the Lens Holder, ensuring it is the right way around as shown: 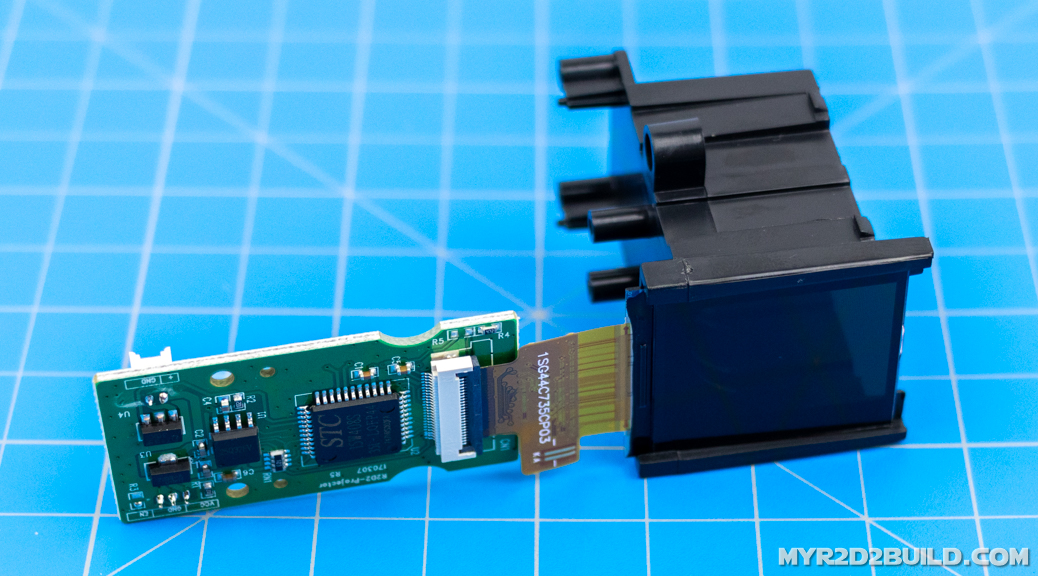 Carefully bend the ribbon cable and lower the circuit board onto the locating pins of the Lens Holder (circled below): 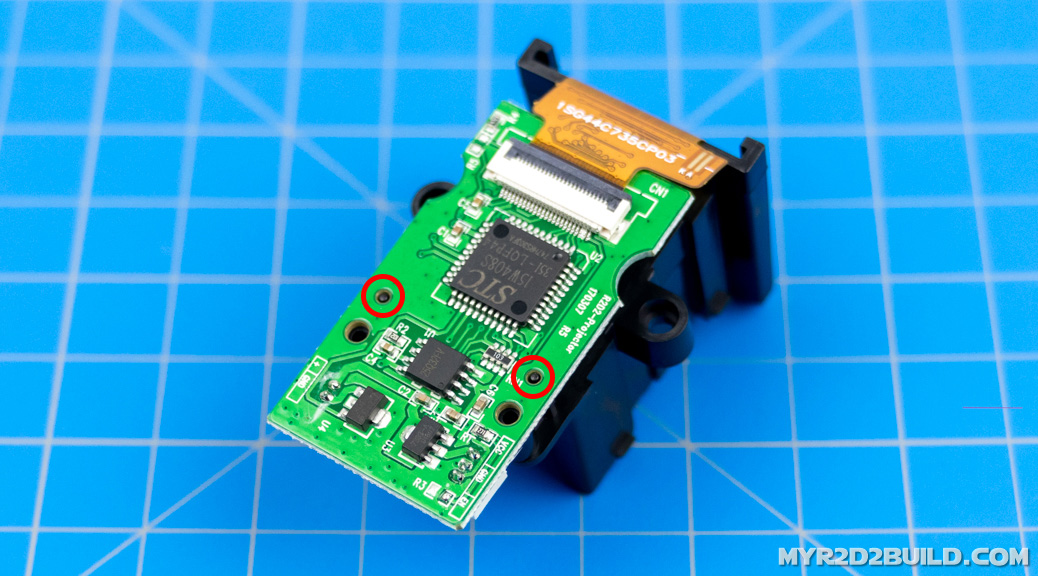 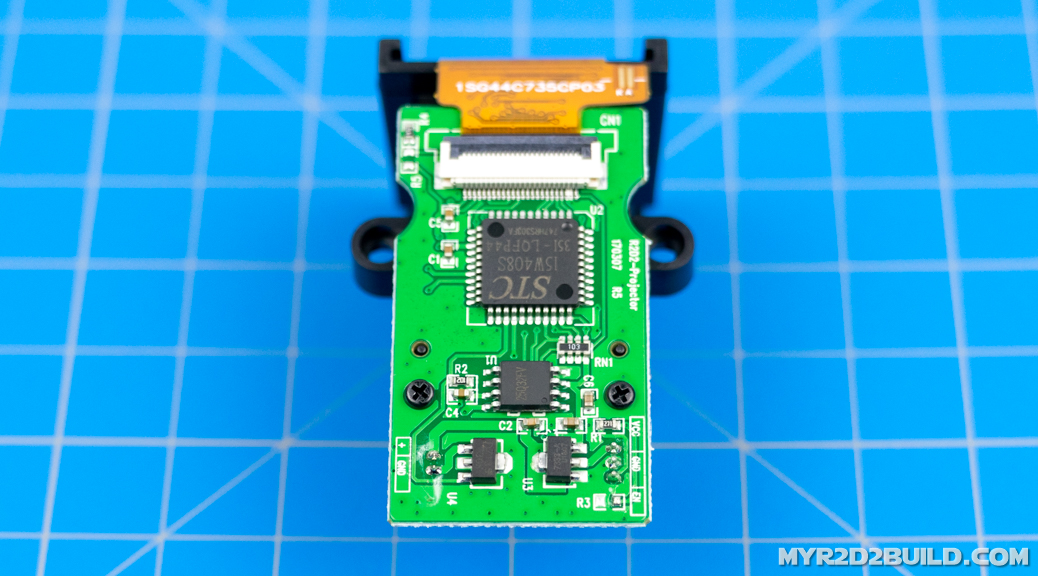 Fit the plug of the Projector Cable into the socket, noting that it only fits correctly one way.

The instructions say the larger end of the plug goes into the socket, but it is really the smaller plug: 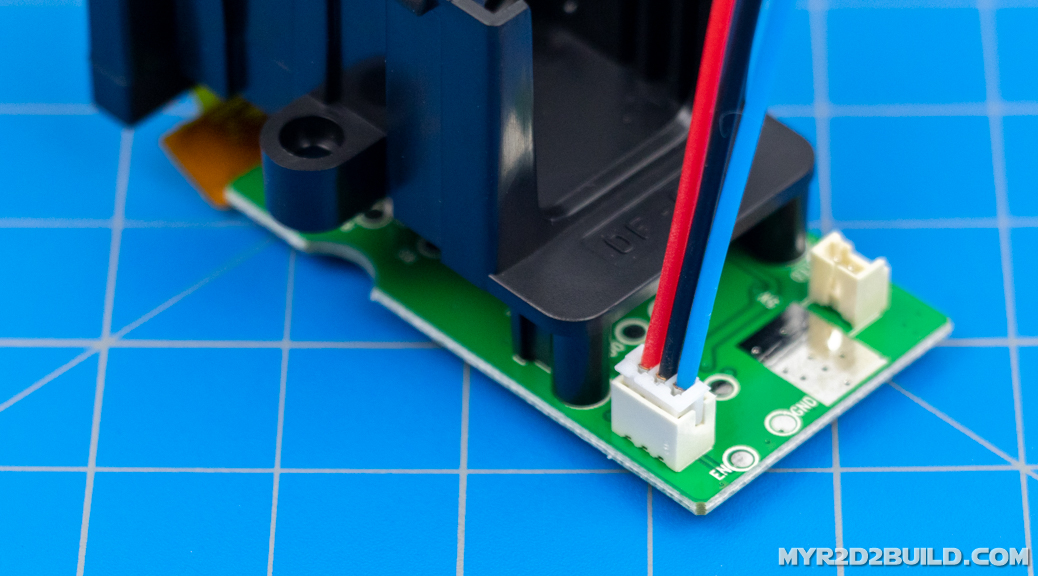 More electronics! Unfortunately, we do not get to test these parts until we finish the projector assembly in Issue 29 so keep them very safe until then.