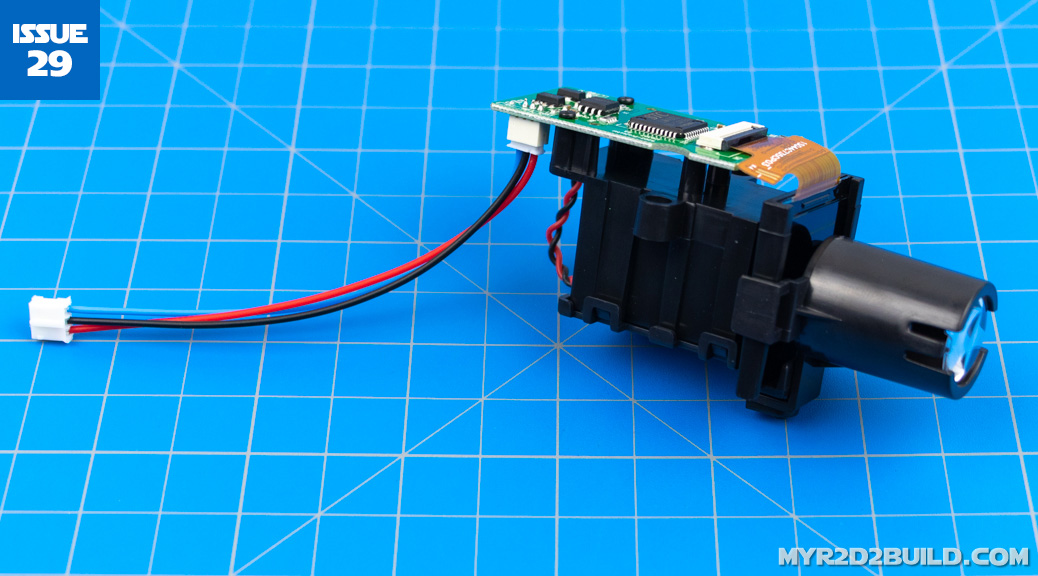 “You started to assemble R2-D2’s projector in [Issue] 27, when you fitted the display screen and circuit board. In this [issue], you will fit the LED light that shines through the image, and assemble the lenses that focus the beam. You will then be able to test the projector in action.” 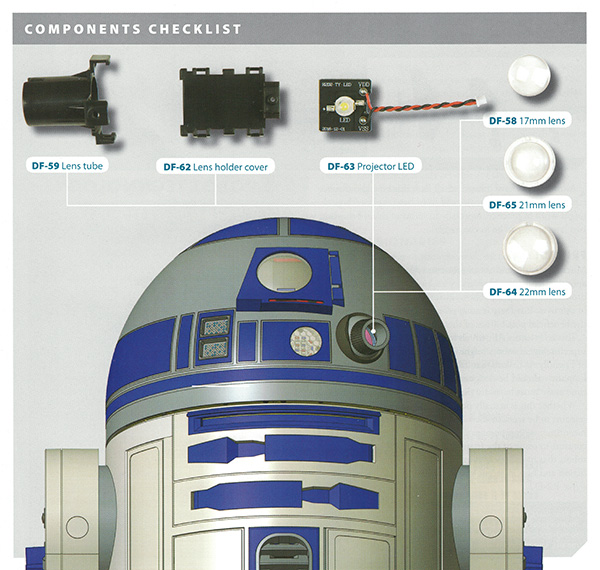 Materials: All of the non-electrical parts in the issue are plastic. 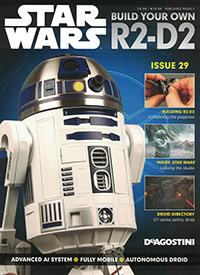 Remove the protective films on the 17mm Lens (the smallest) and push it into the Lens Tube with the convex (bending outward) side first: 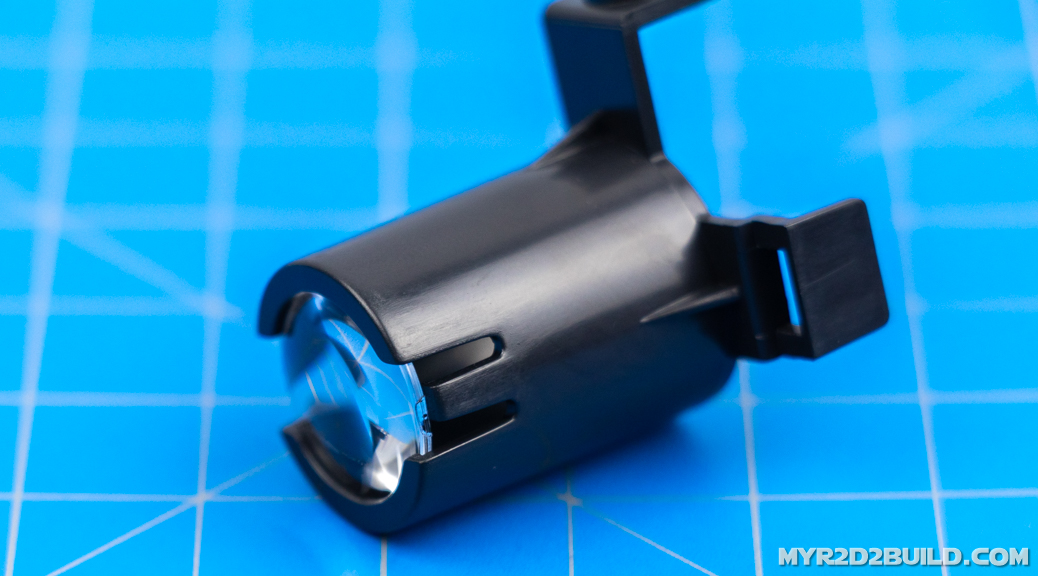 Push the 17mm Lens all the way down into the Lens Tube until it comes to rest past the two mounting posts.

To keep fingerprints off the lens, I used one of the protective film sheets over the tip of my finger and pushed the lens down into the tube until it clicked into place on these posts: 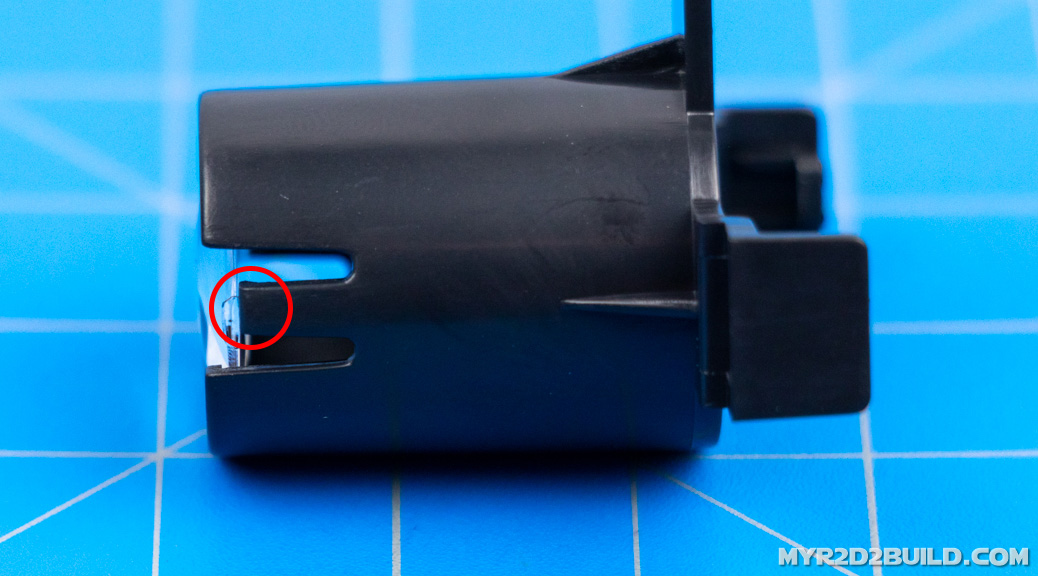 Retrieve the projector assembly from Issue 27. Slide the 22mm Lens (largest) into the Lens Holder slot closest to the screen with the flat side facing the screen: 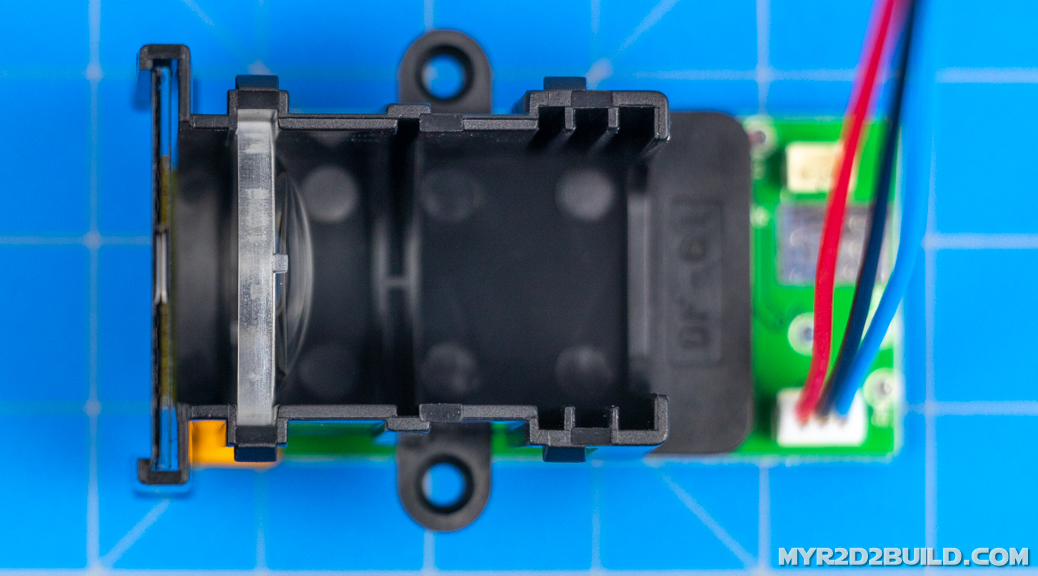 Take the remaining 21mm Lens and slide it into the middle slot of the Lens Holder with the convex side facing the previous lens: 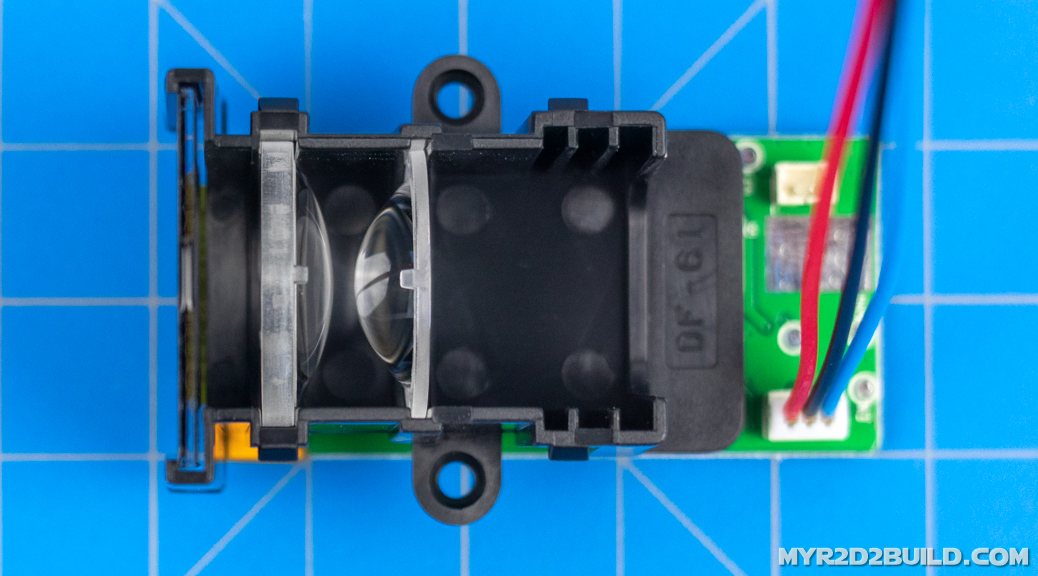 Slide the Projector LED into the rear slot of the Lens Holder, facing the LED towards the lenses: 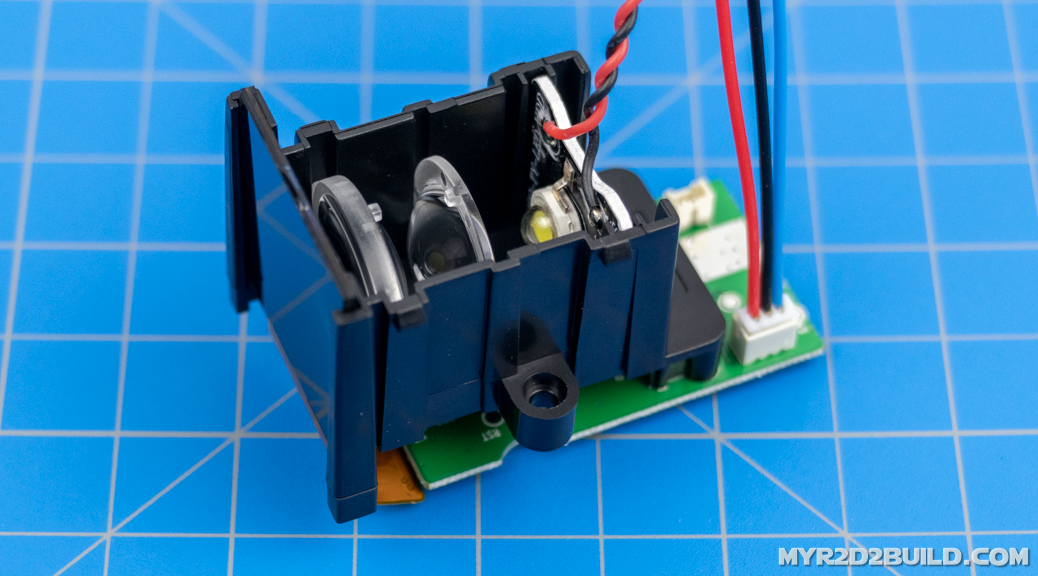 Snap the Lens Holder Cover into place over the lenses and LED, engaging the four catches.

You will need to bend the LED wires back and down to get this cover on: 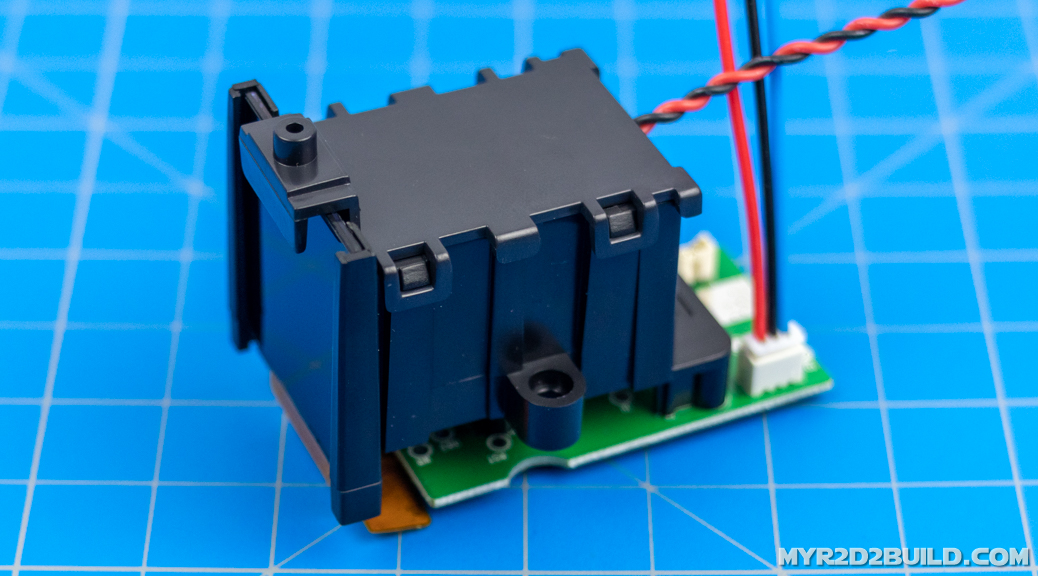 Attach the cable from the Projector LED to the projector circuit board. It only fits one way: 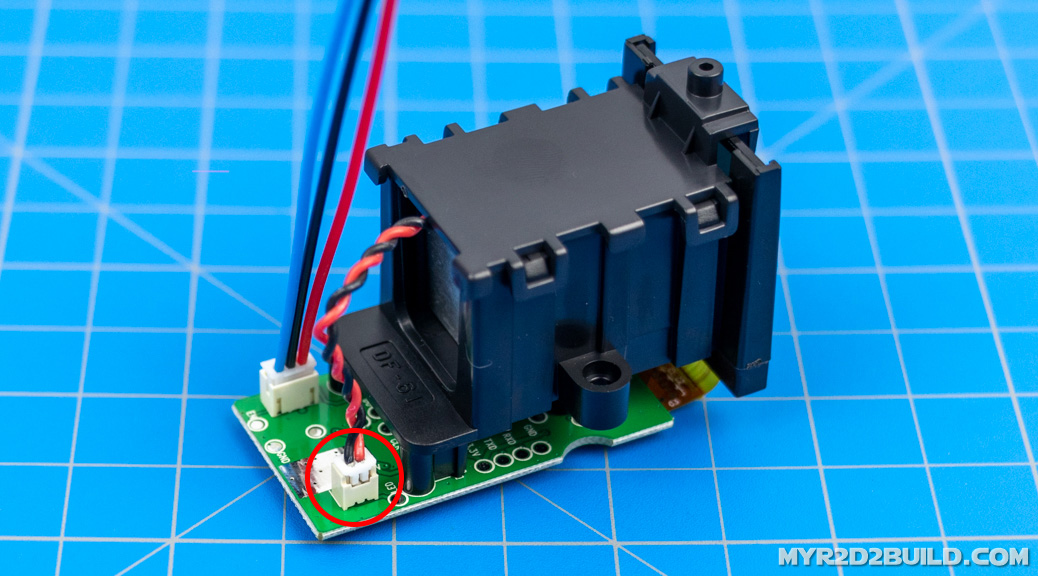 Slide the Lens Tube down the front of the Lens Holder, engaging the screw hole over the peg: 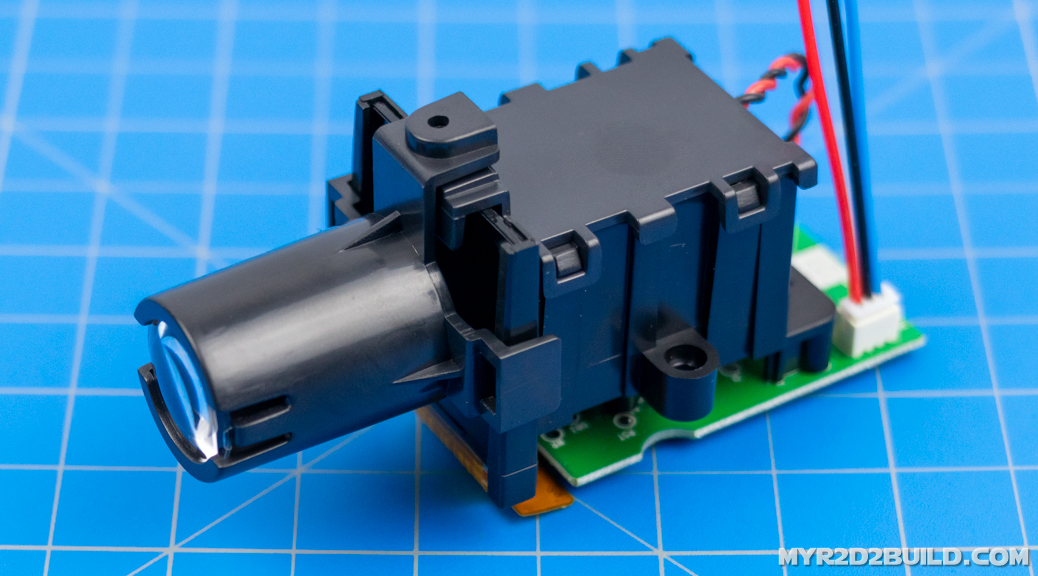 Secure the Lens Tube into place with one (1) 2×4 mm black screw: 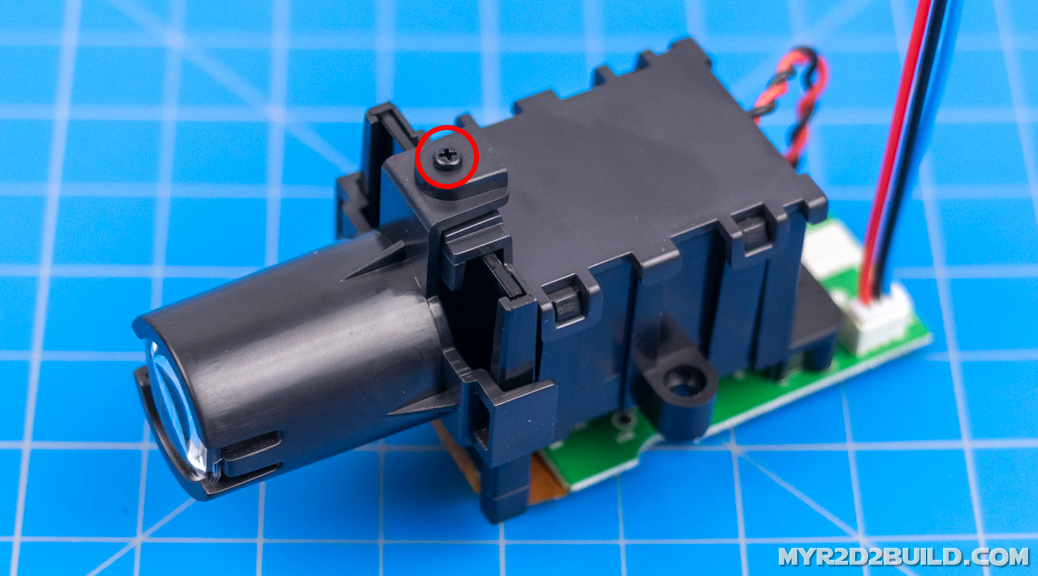 With the Battery Box connected to the POWER port of the Control Circuit Board we last used in Issue 22, connect the projector lead to the OUT socket: 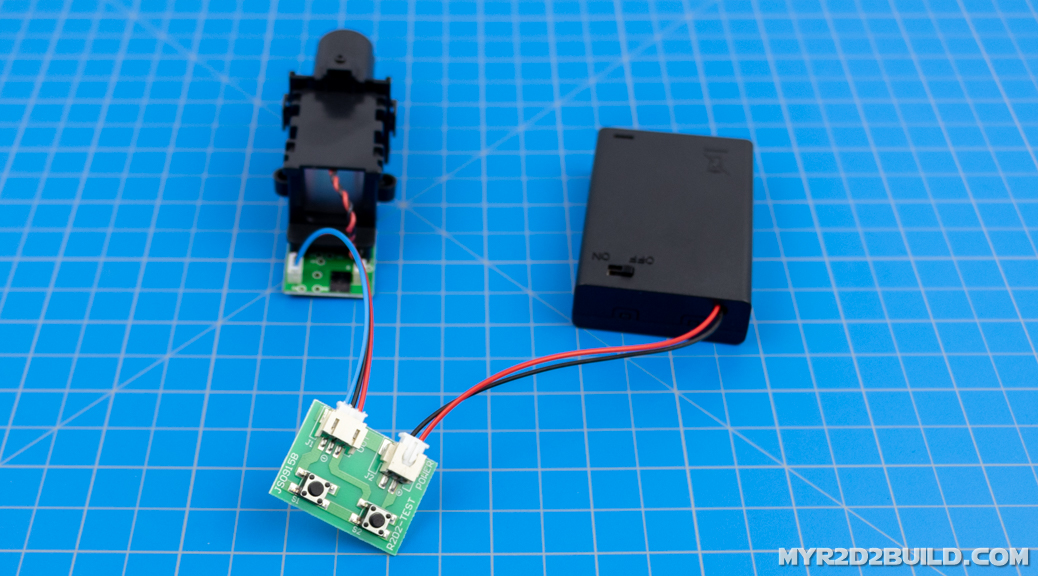 Test the projector in a low light area pointing at a light-colored surface within 18 inches (0.5 meter) or so. Pressing S2 should show the Princess Leia sequence from A New Hope. Pressing S1 and S2 together should project Luke Skywalker delivering a message to Jabba the Hutt from Return of the Jedi.

The instructions say you can test both animations, but this is not true without modifying the Test Board. Only Luke appears when pressing S2: 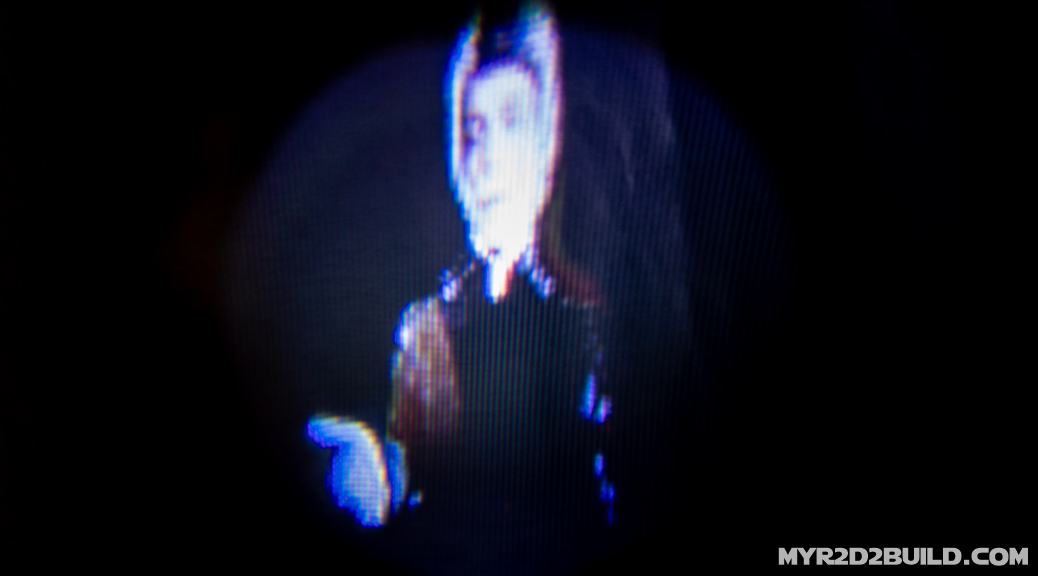 The more electronics, the better this kit becomes! The quality of the ‘holograms’ is not great, but you can easily tell what they are. I am still happy with the outcome of this issue.