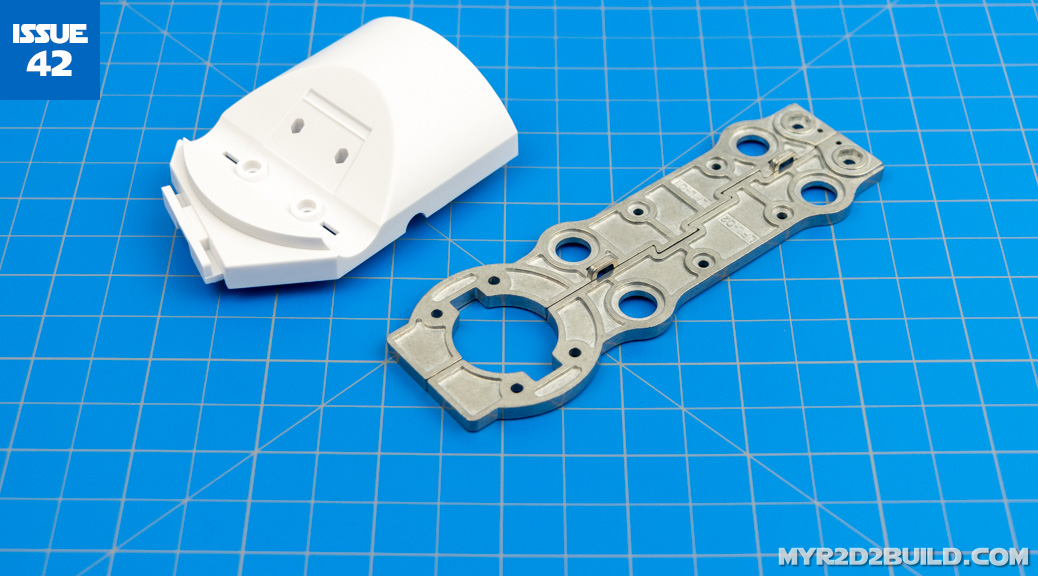 “The first of this [issue’s] parts are two metal sections from the internal frame for R2-D2’s left leg, which is assembled in a similar way to the right leg. You also have an external moulding for his ankle.” 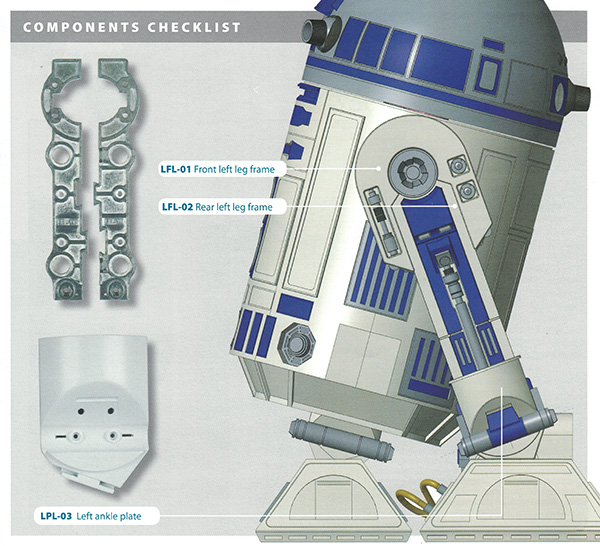 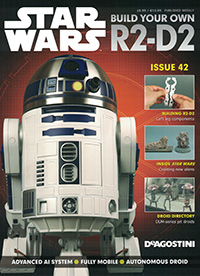 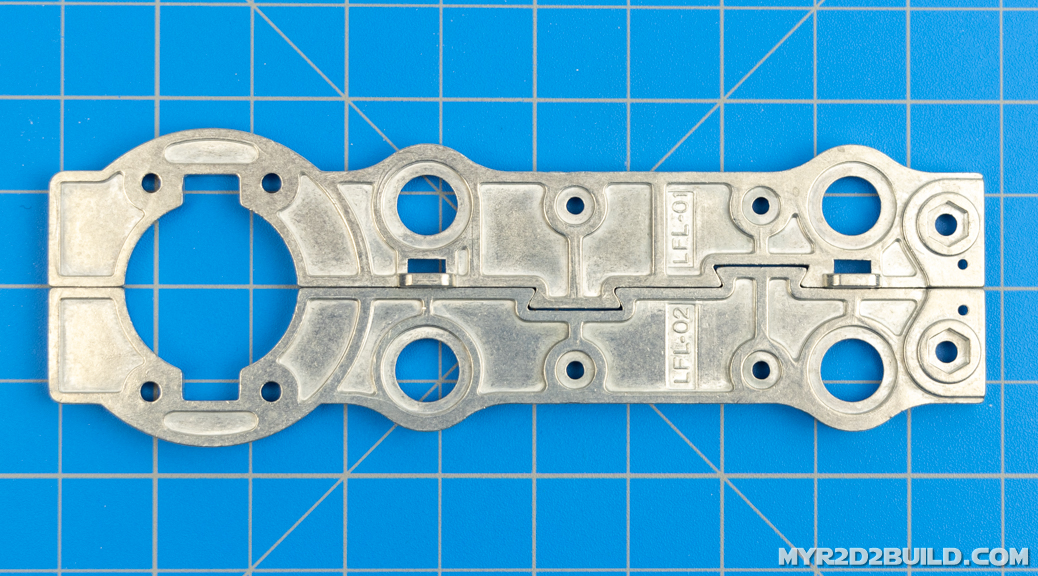 What the heck was that?! I feel robbed. All of the steps are basically just one procedure. The plastic Left Ankle Joint was not even used and will have to wait for a later issue. Both of the leg frames are metal and will be used again in Issue 44. At least I still feel some residual excitement from building the lightsaber in the last issue.