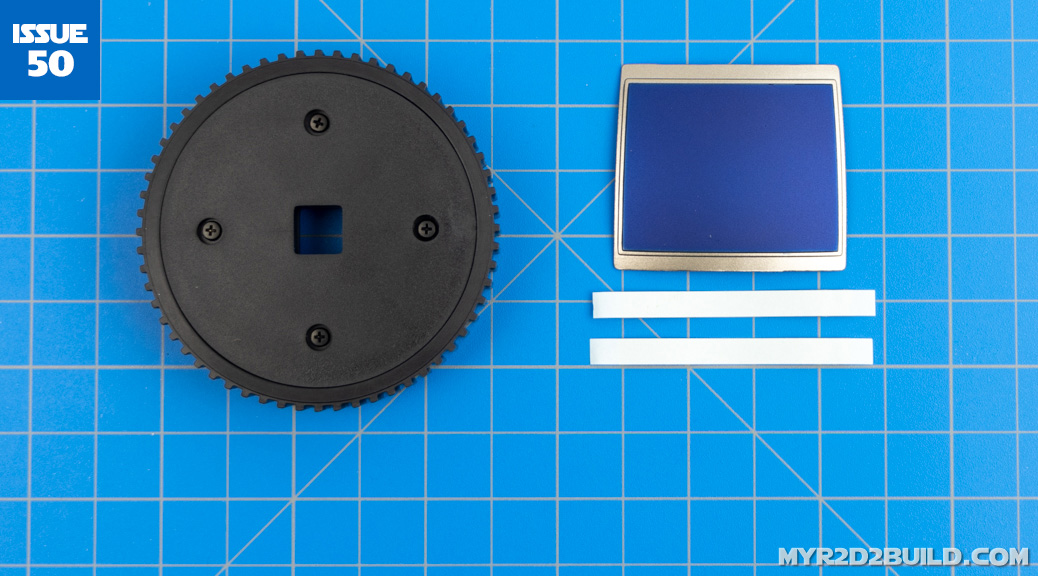 “R2-D2 travels around on wheels that project below his right and left feet, and steers by powering the two wheels separately. This [issue’s] parts are used to assemble the second wheel, which will be installed in his left foot. You have also received fixing screws for the wheel, and a blue panel to fit to the dome in the next [issue].”

These steps repeat what we did in Issue 24, but with the left wheel. 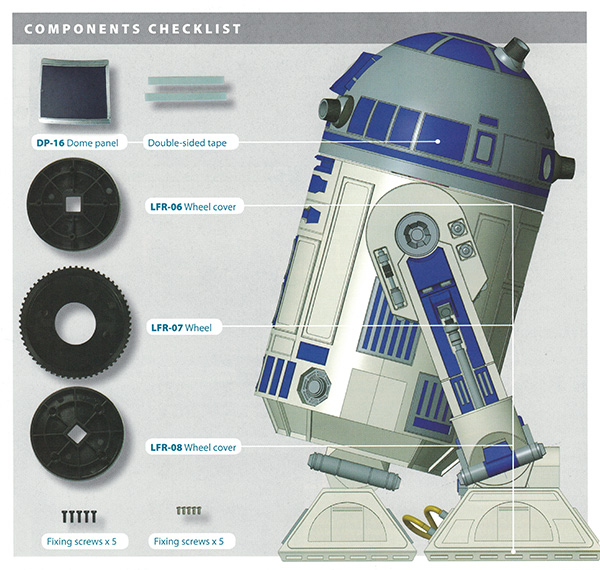 Materials: The Dome Panel is metal, but all of the wheel parts are plastic. 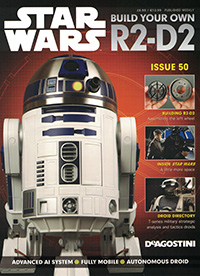 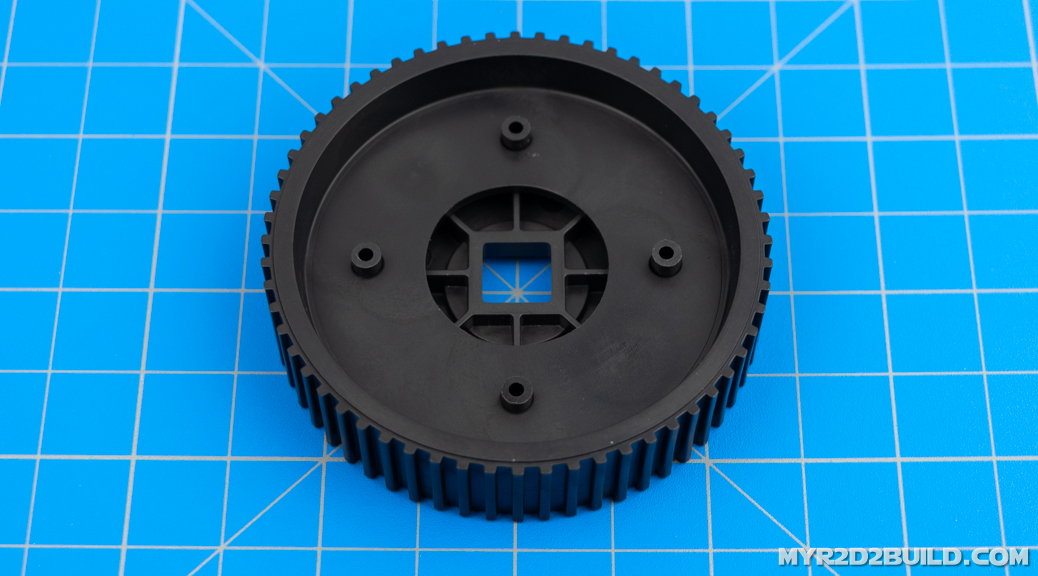 Align the four holes in the Wheel Cover LFR-08 with the projecting lugs of the wheel assembly and press them together. Secure these parts with four (4) 2.3×6 mm black screws: 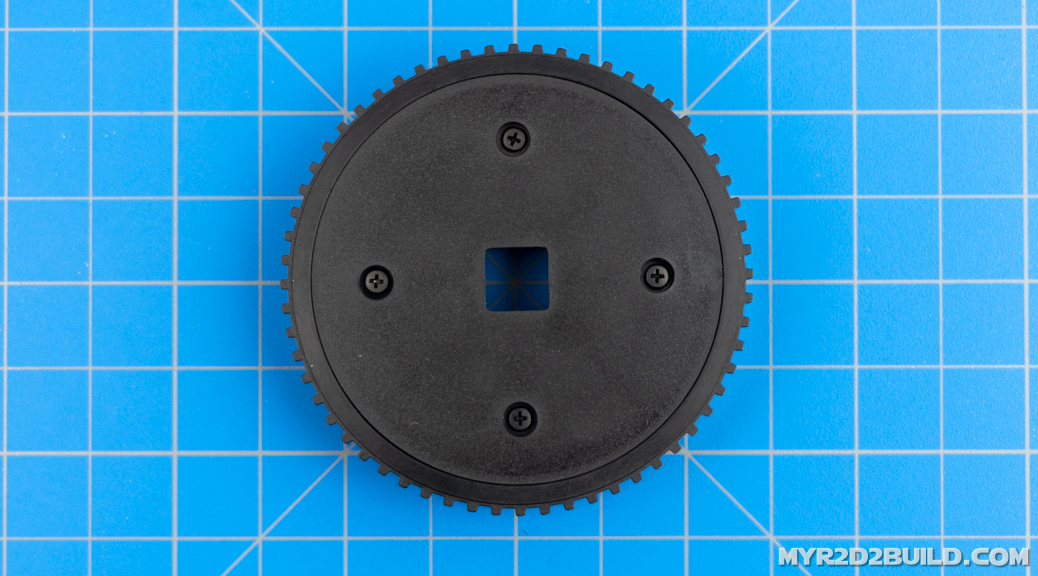 Well, we are halfway through the build! This is the last of the wheels, as the center leg will get a free-turning caster. Store this wheel assembly safely until Issue 54, but keep the Dome Panel and Double-Sided Tape parts nearby as they will be used in the next issue.