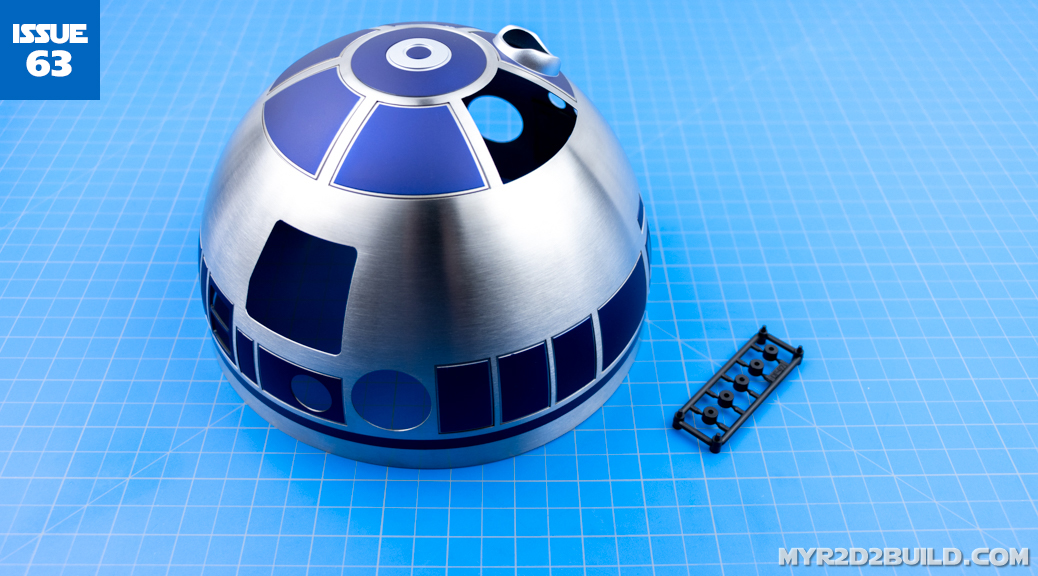 “This issue contains two more of the top panels – which now form a complete ring, apart from the one that forms a flap over the lightsaber compartment. You also have the topmost blue and silver rings, and five plastic spacers that will be used to join the dome to the inner frame in [Issue] 64.” 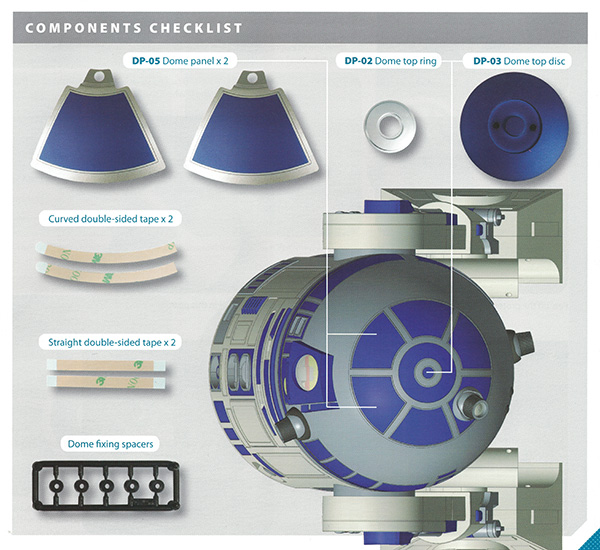 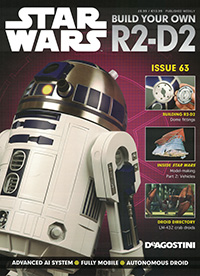 Apply the straight and curved Double-Sides Tape strips to the inside of the dome as shown:

We have used this tape many times before, so we know the process well: 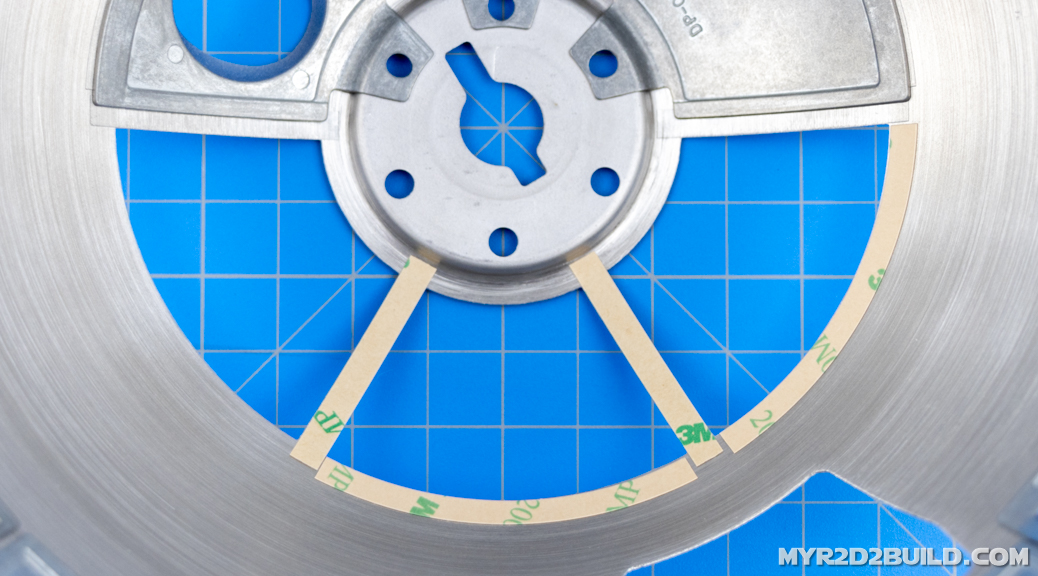 Peel off the backing from the strips and attach the two Dome Panels into these openings: 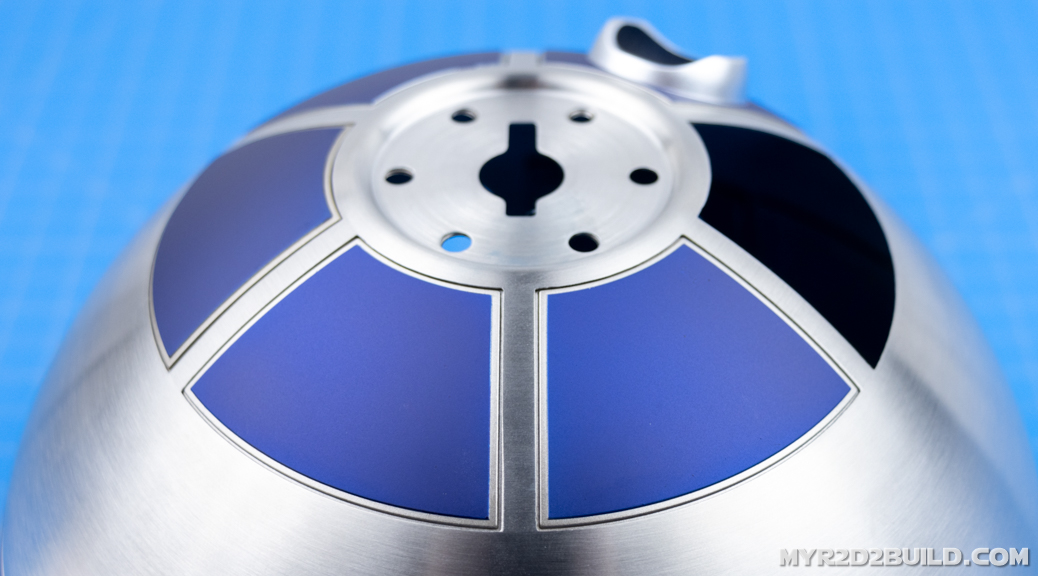 There should only be one opening left. This is for the lightsaber compartment: 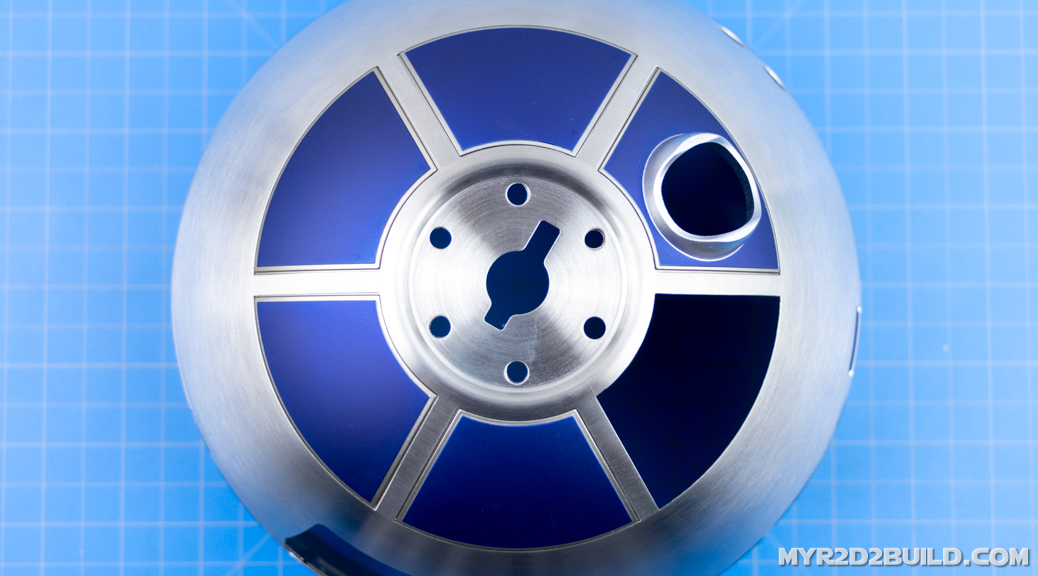 The Dome Top Ring has two lugs that fit into the holes of the Dome Top Disc: 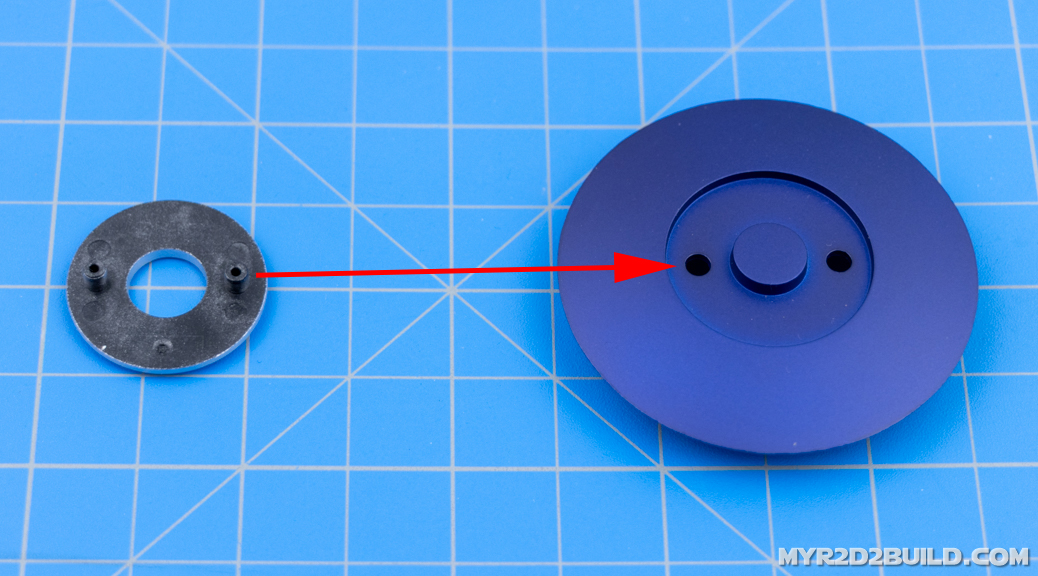 Apply a small amount of super glue to the lugs on the ring and insert it into the disc. Take care not to show any visible glue: 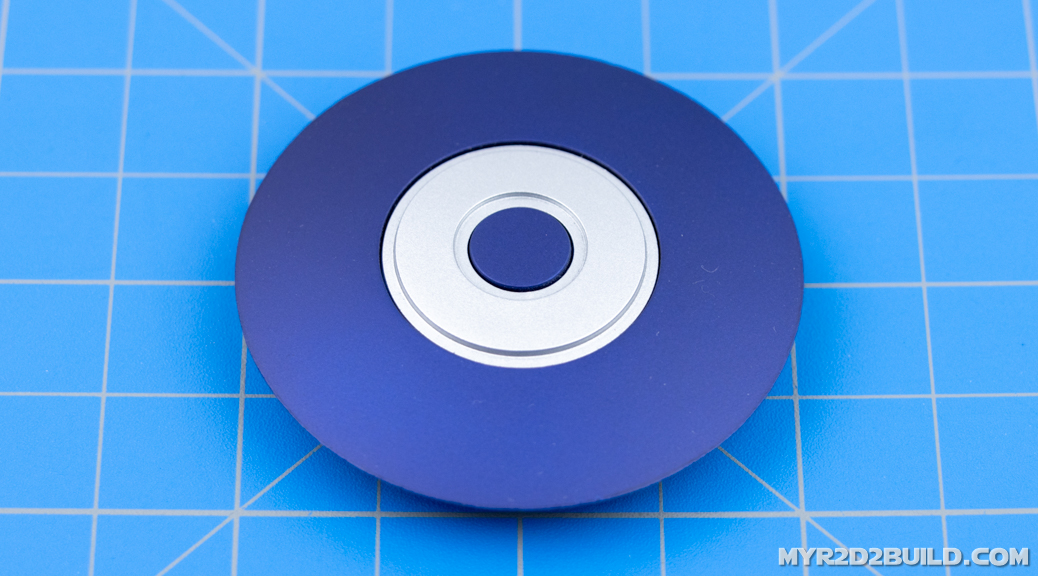 The underside of the Dome Top Disc has six posts that match the six holes around the top of the dome: 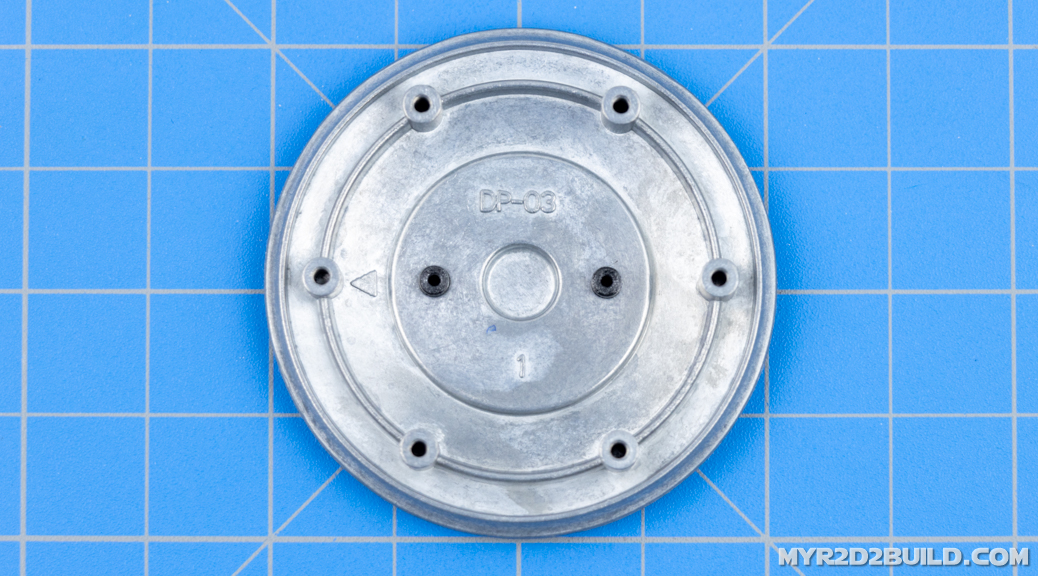 You can test fit the disc assembly into the Dome Casing to the top of the dome now if you chose, however, the disc will not be attached until the next issue: 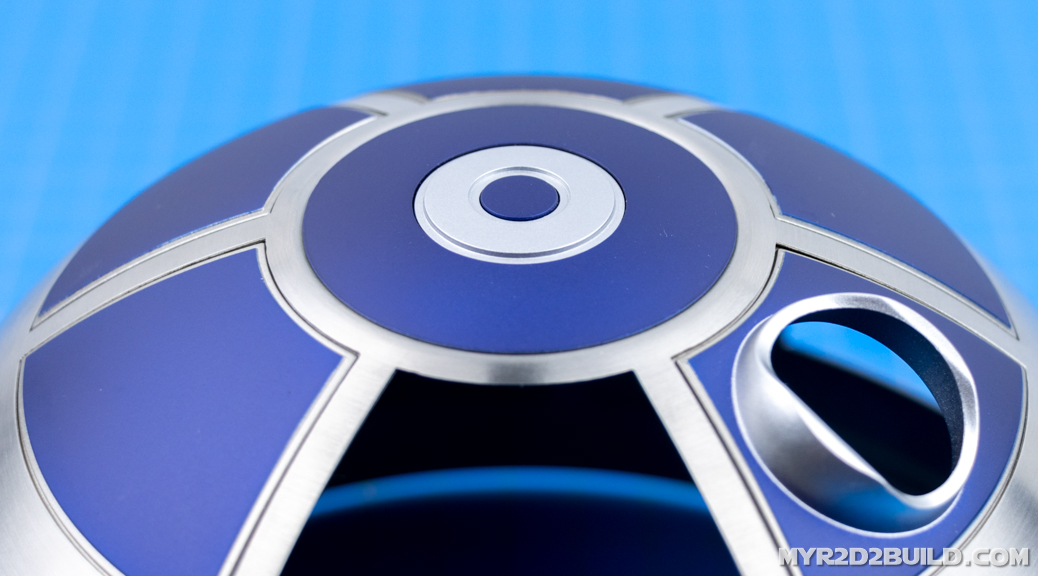 Fitting the Dome Top Disc assembly really brings the dome to life! The Dome Fixing Spacers were not used here, but will be needed in the next issue so keep them safe. The panels and disc are metal, but the ring and spacers are plastic.