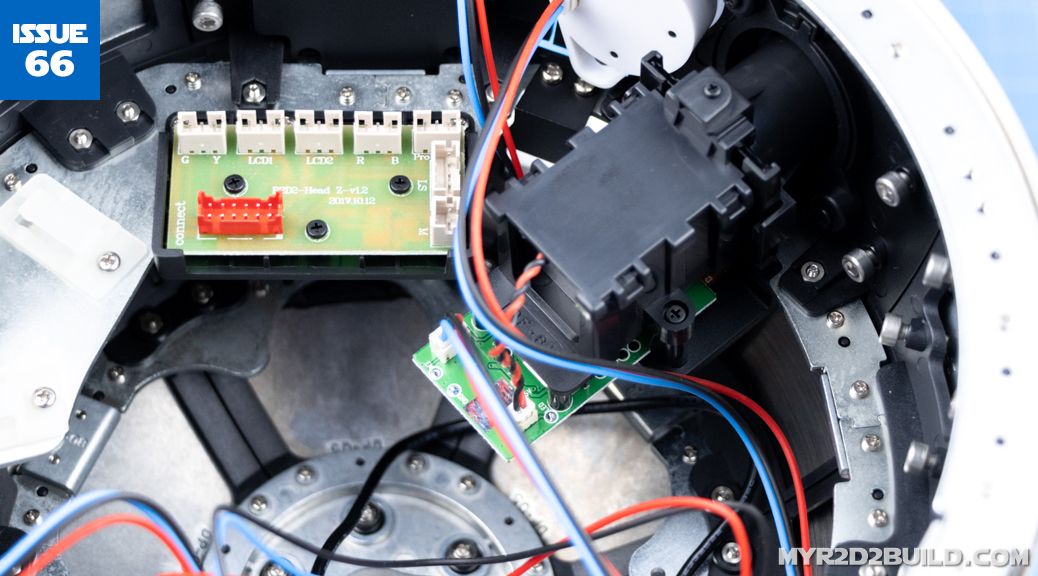 “This [issue] completes the dome for now, after which you will start putting together R2-D2’s body. The parts include a final set of Allen screws for securing the dome, plus a distribution board into which all the electronics will be plugged. When you fit the head to the body later on, this will carry the power connection and the link to the main control board inside R2-D2.” 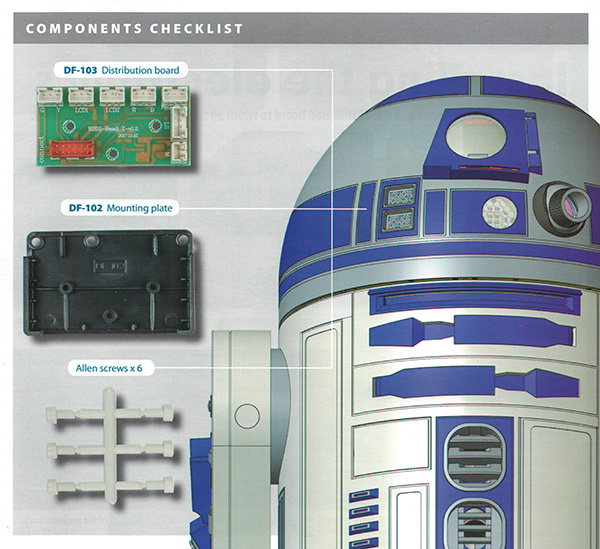 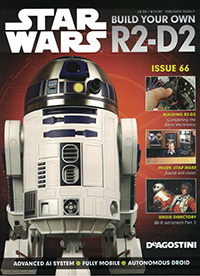 Remove the six (6) Allen Screws from the sprue: 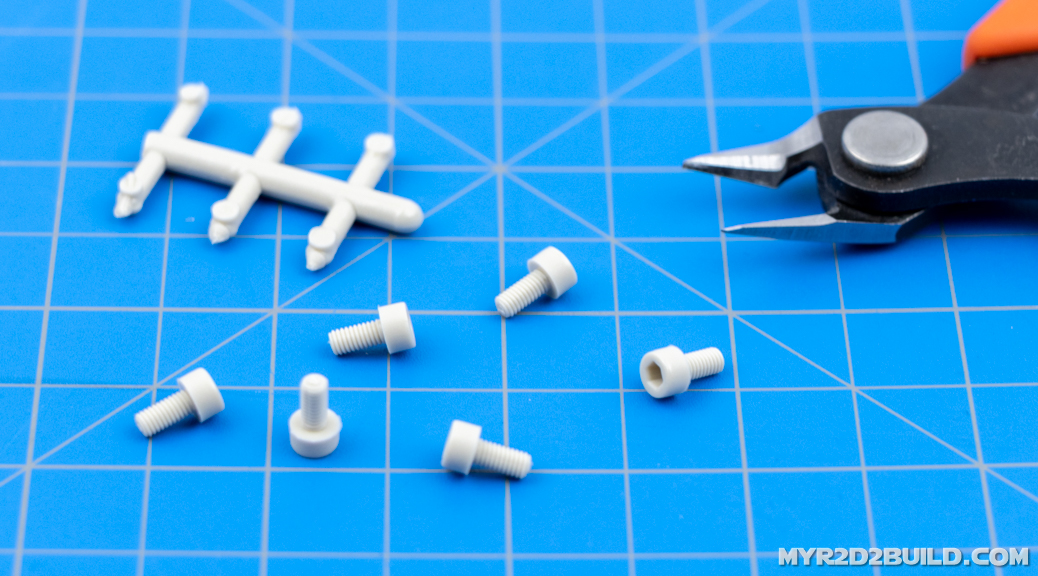 As in the previous issue, screw the Allen Screws into the six (6) locations shown below.

As I mentioned in Issue 64, I did not use the supplied plastic Allen screws. Instead, I used stainless steel versions: 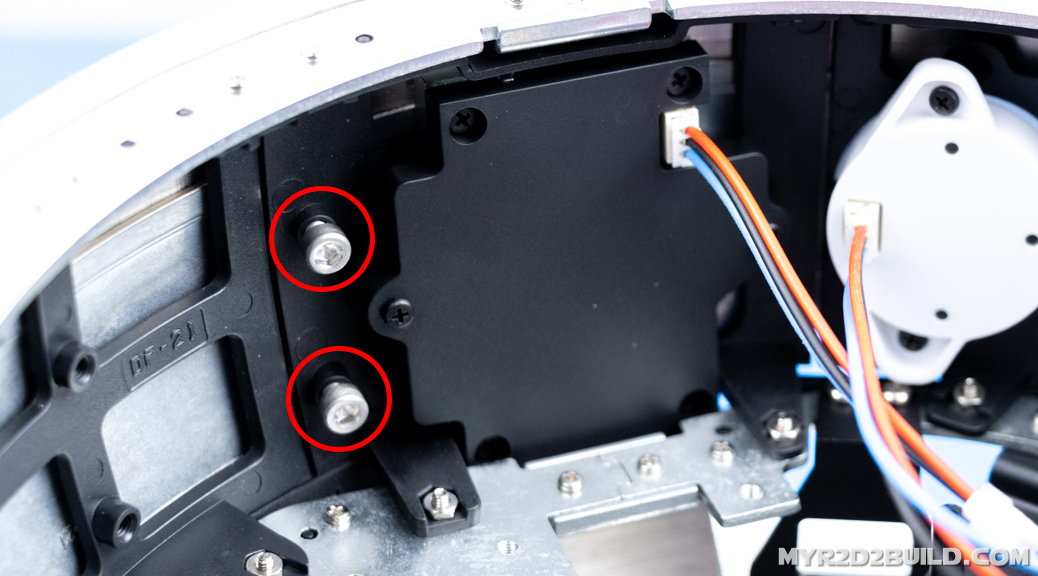 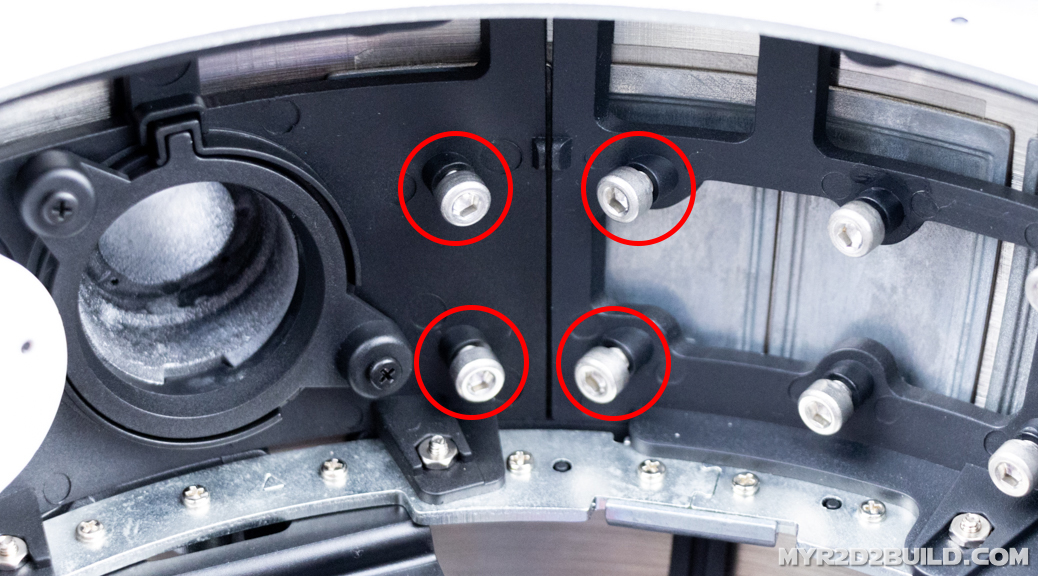 Retrieve the Projector assembly from Issue 29 … 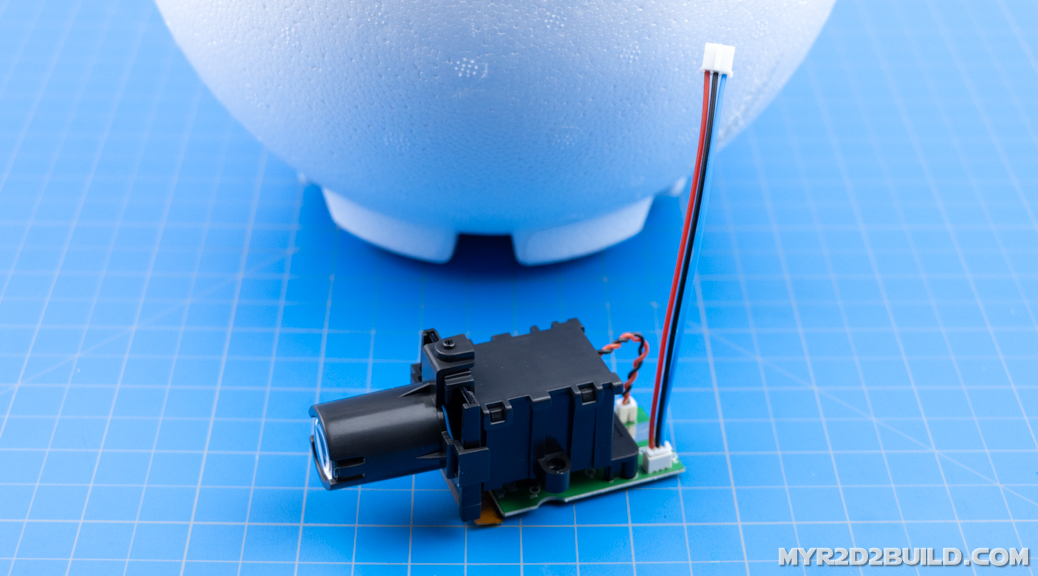 … and insert the lens end through the dome as shown, aligning its mounting holes over the posts on the platform we installed back in Issue 62: 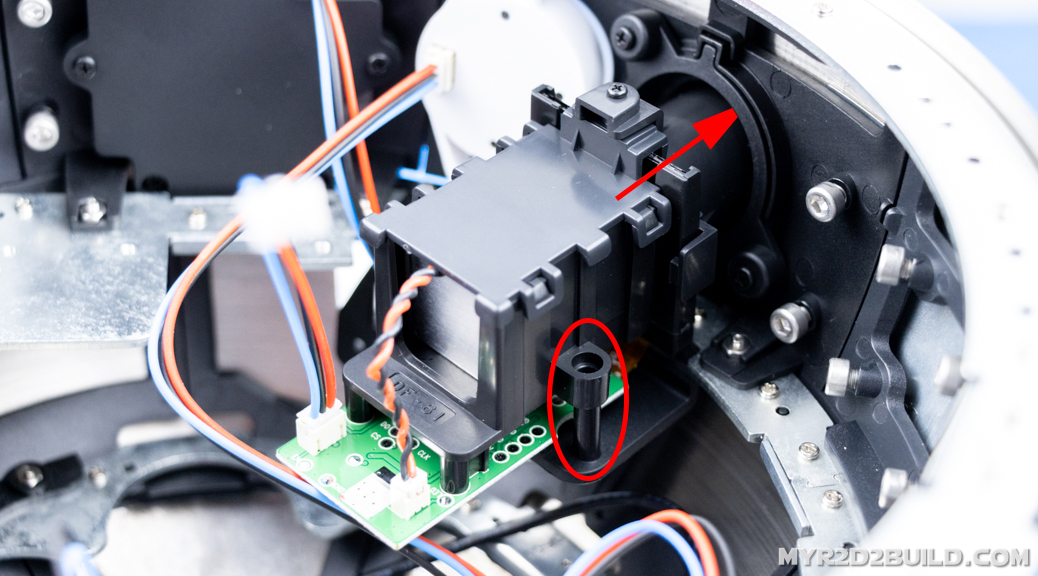 Secure this assembly into place with two (2) 2.3×6 mm black screws: 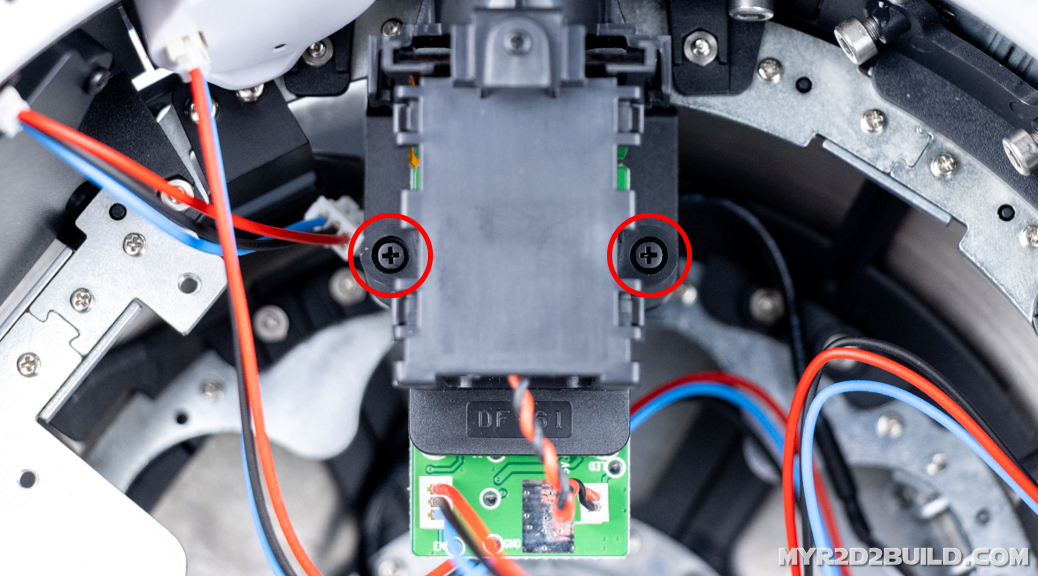 Fit the Distribution Board into the Mounting Plate as shown, and secure the board to the plate with three (3) 2.3×6 mm black screws: 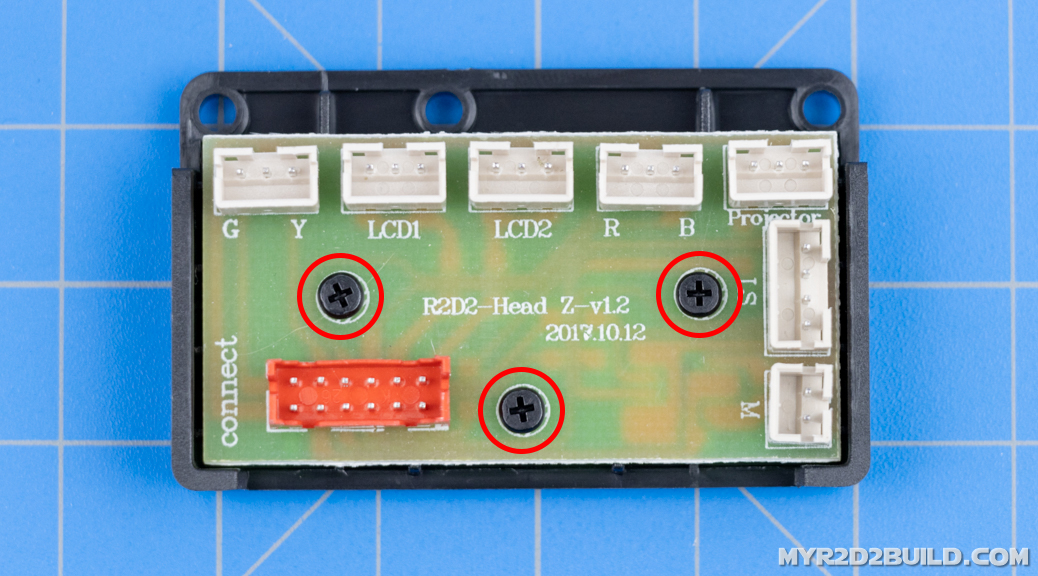 Fit this assembly to the left of the projector, lining up the three mounting holes as shown, and secure it with three (3) 2.5x4mm silver screws: 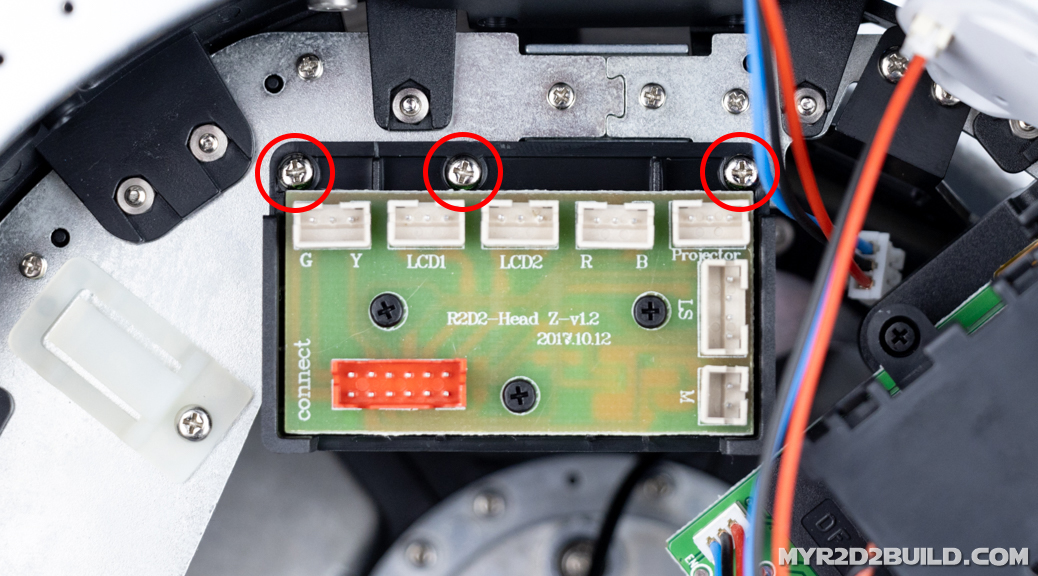 We did not quite finish the dome yet, and we are moving on to the body in the next issue, so keep it somewhere very safe until Issue 76.