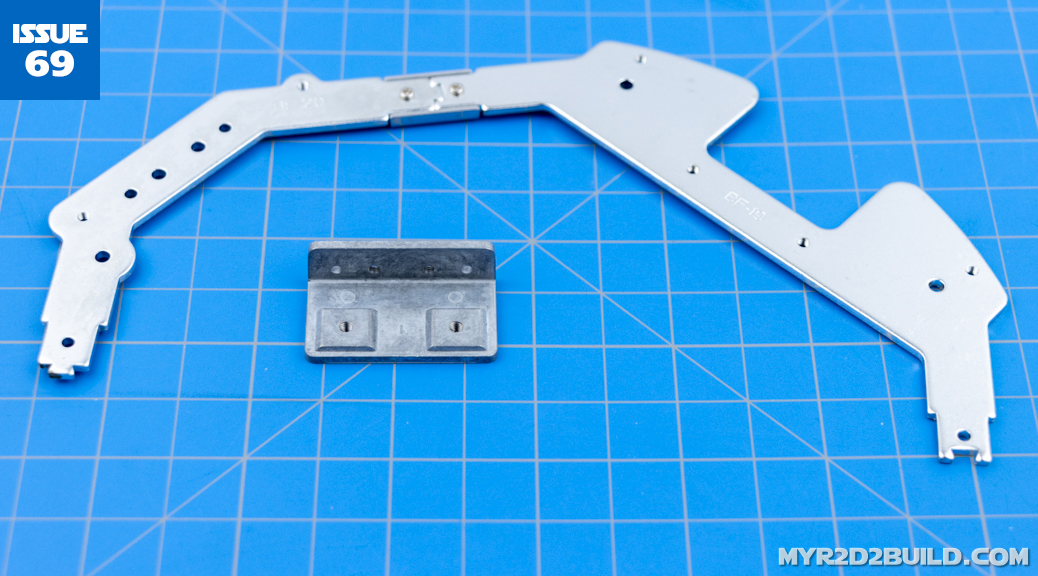 “As with R2-D2’s dome, the internal body frame includes a series of horizontal rings, assembled in sections. This time, you start putting together the bottom ring, which has dovetail joints and screwed connectors, as before. You also have an internal support, which will be added later on.” 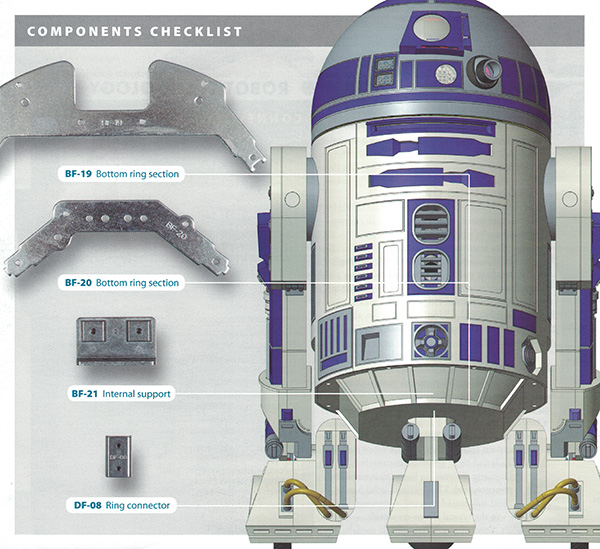 Materials: Everything in this issue is metal.

Arrange the Bottom Ring Sections and Ring Connector as shown (with both stamped numbers facing up): 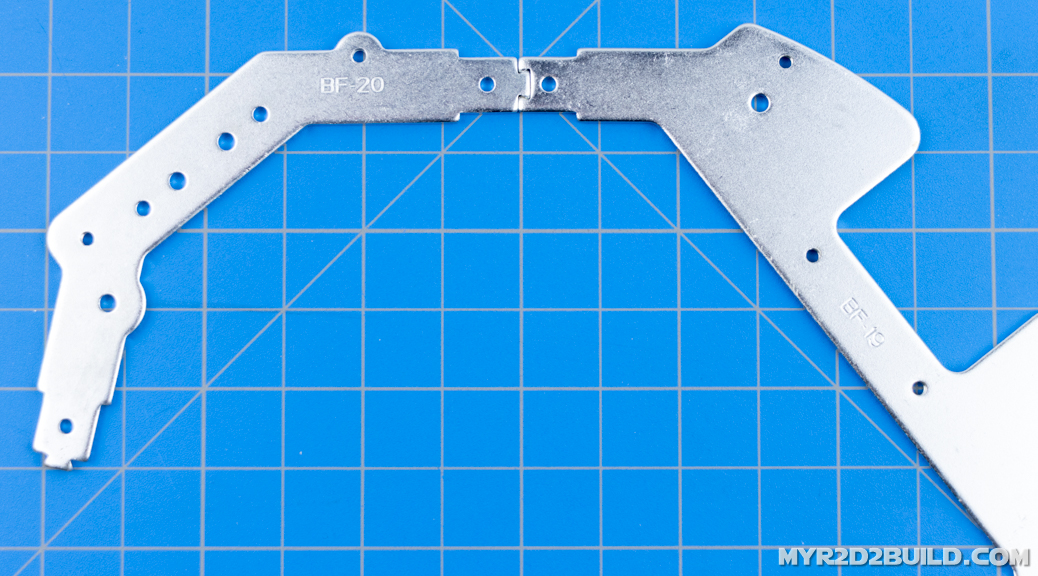 Fit the Ring Connector behind the dovetail joint, as shown: 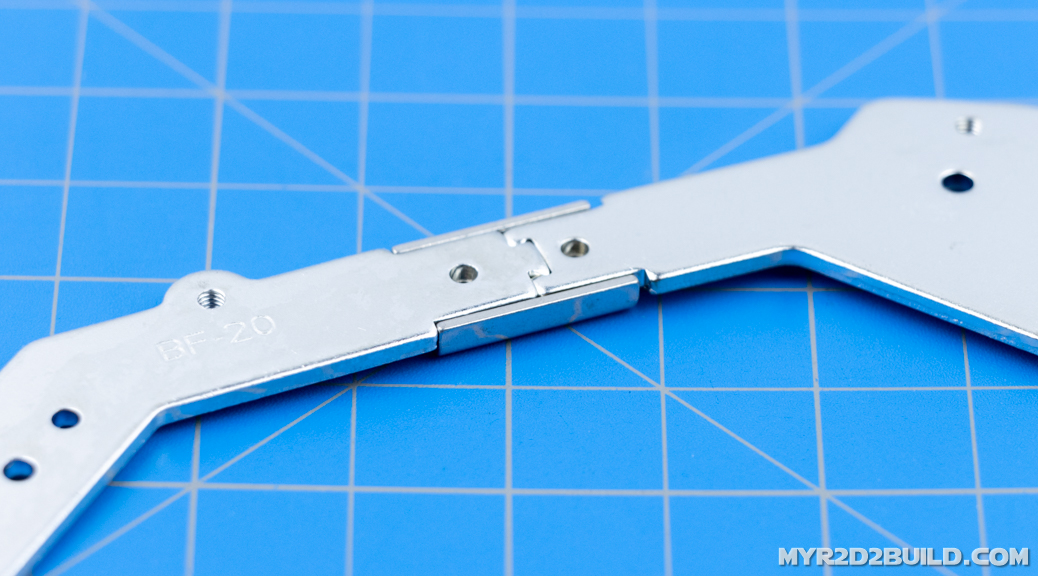 Join the parts with two (2) 2×4 mm silver screws through the ring and into the connector: 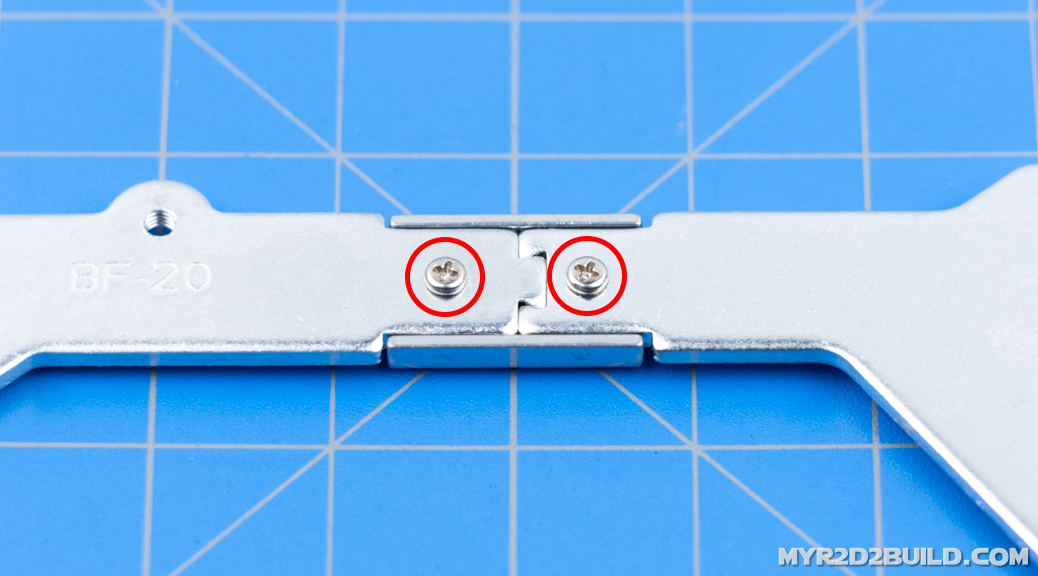 This ring will consist of four sections, so we have two more coming. The Internal Support was not used in this issue, but keep it nearby as it will be installed with Issue 71.