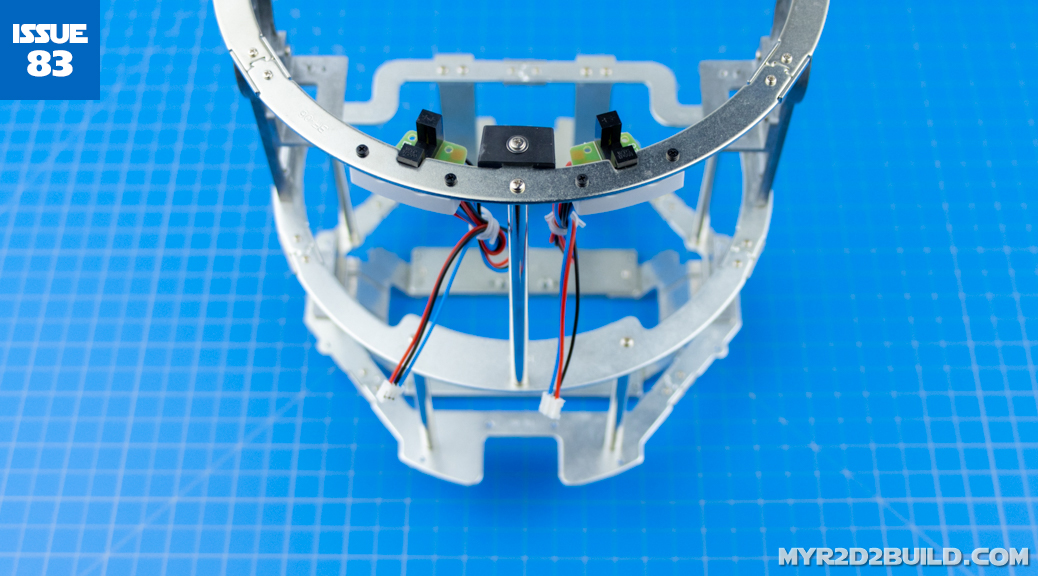 “This issue’s parts include the final section and connectors you need to make the third ring frame inside R2-D2’s body, which is fitted just under his dome. You also have two electronic sensors that are used to monitor the position of his head.”

The Droid Directory section of the magazine is gone, which means there is going to be a lot to do. Two in a row again! 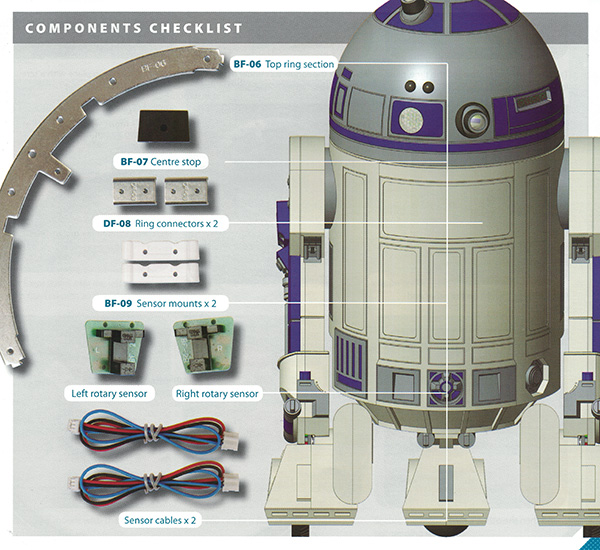 Materials: The ring parts are metal, the Sensor Mounts are plastic, and the Centre Stop is hard rubber. 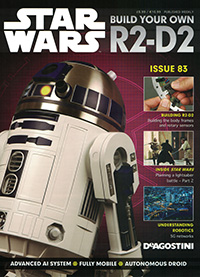 Retrieve the Top Ring assembly we started back in Issue 81 and arrange it with this issue’s parts, as shown: 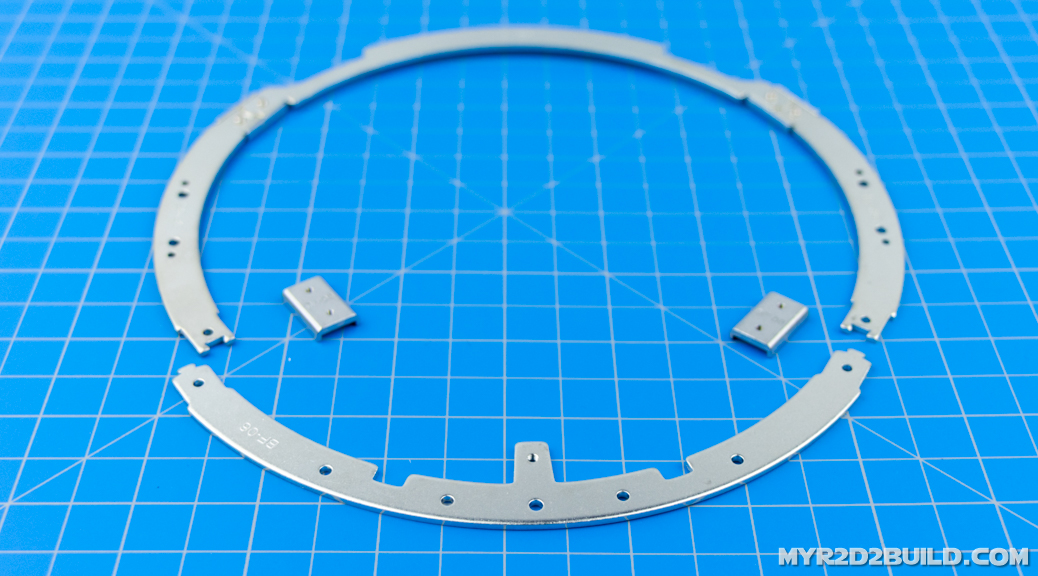 As has been completed many times before, align the dovetail joints and attach a Ring Connector under them. Secure both ends of the joints with one (1) 2×4 mm silver screw. Repeat this on the other joint as well using a total of four (4) 2×4 mm silver screws, as shown: 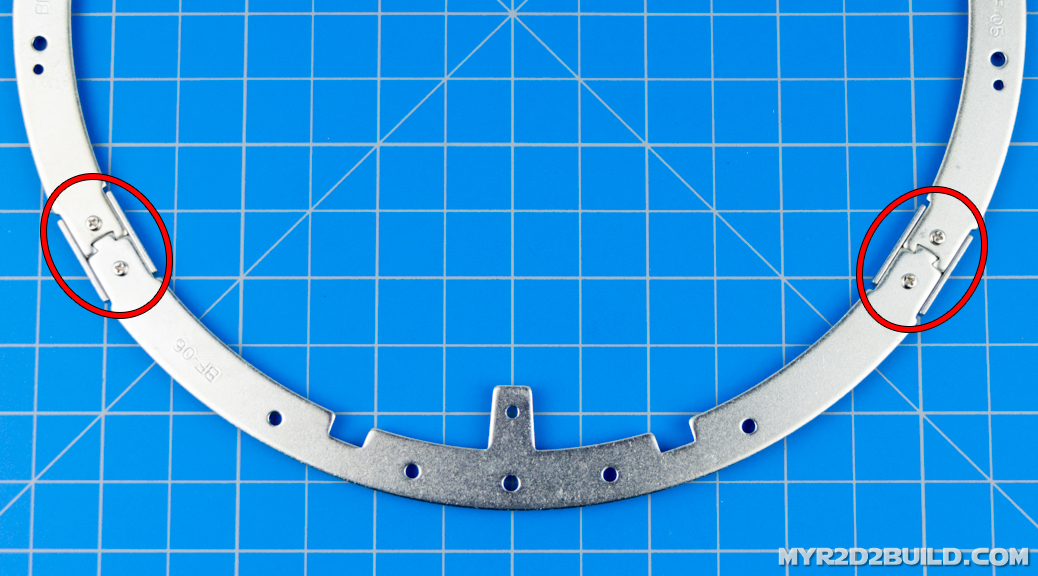 Make sure these Ring Connectors are all on the same side of the completed ring, as shown: 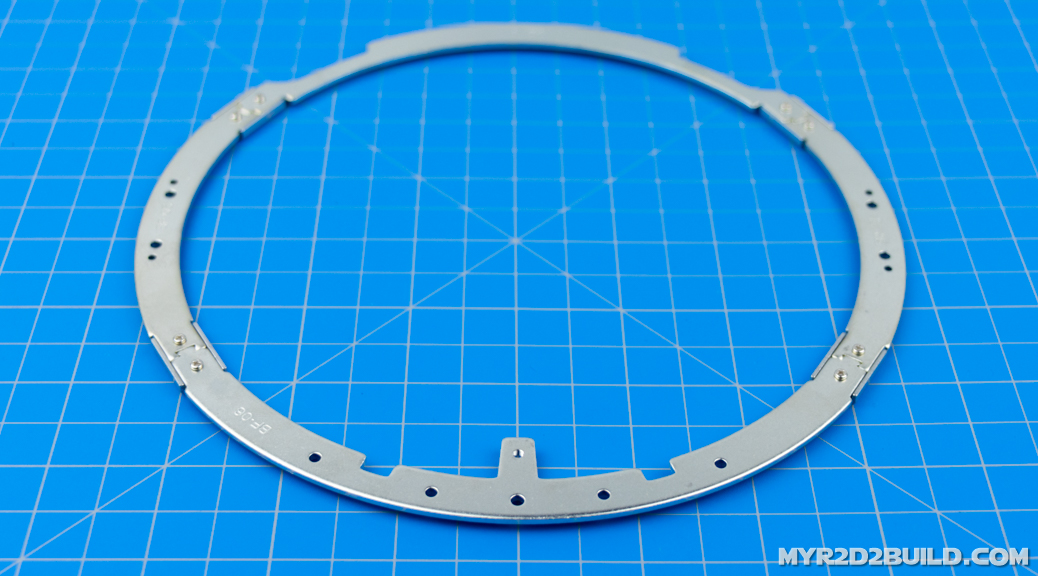 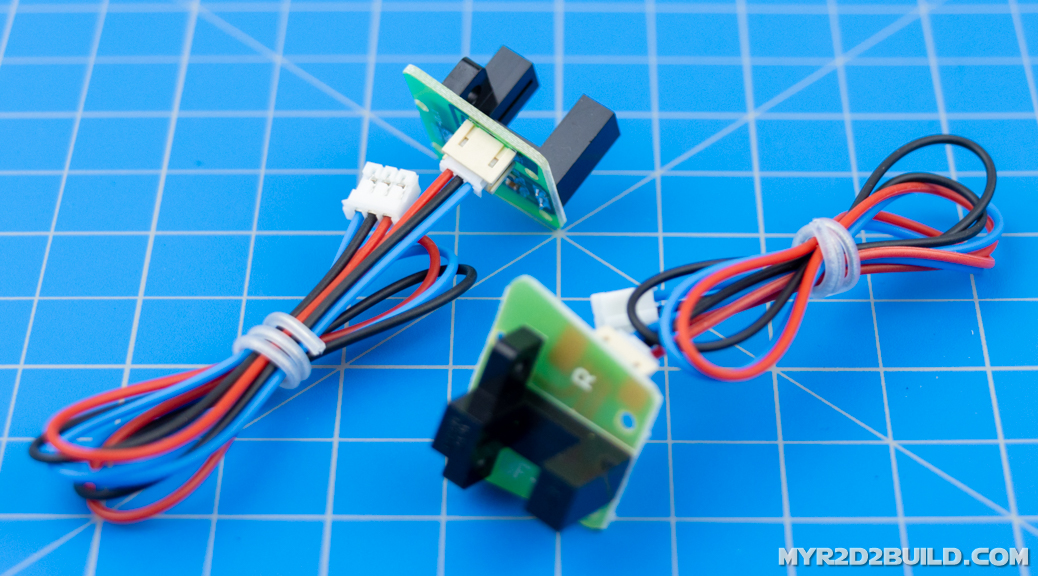 Align a Sensor Mount with the matching holes in the black plastic of the Right Rotary Sensor as shown: 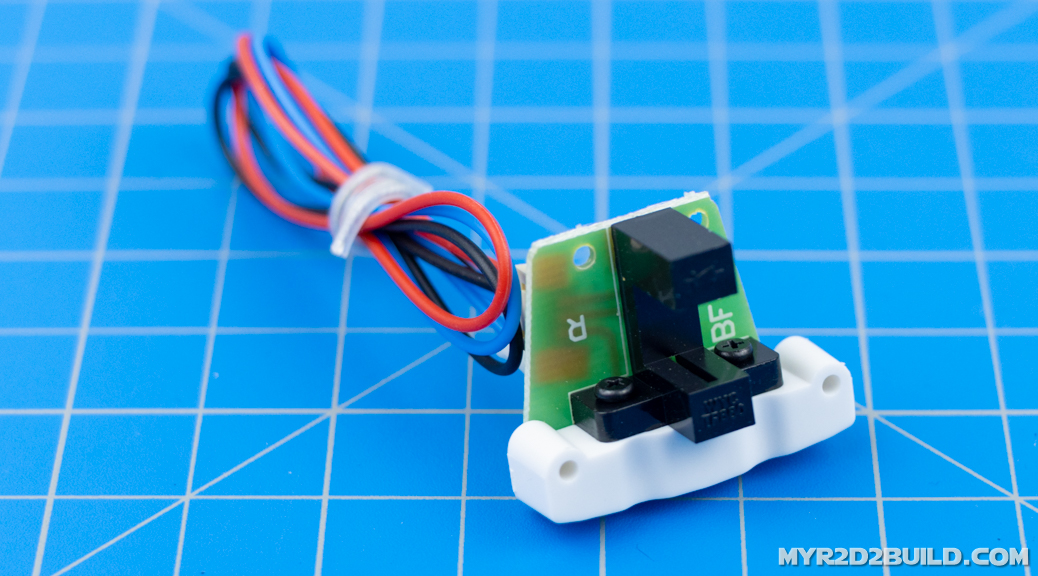 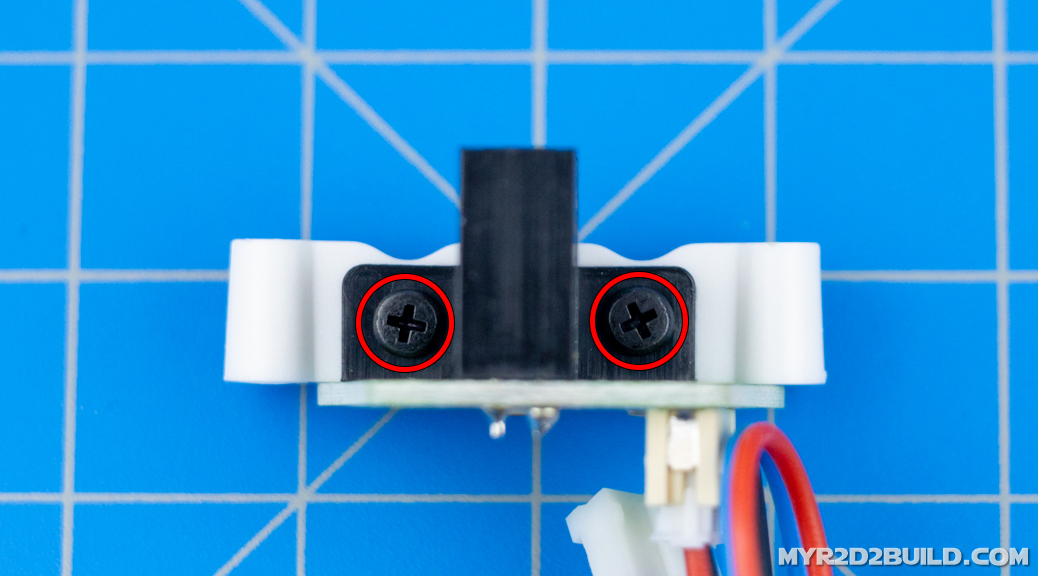 Repeat the previous steps with the other Sensor Mount and the Left Rotary Sensor: 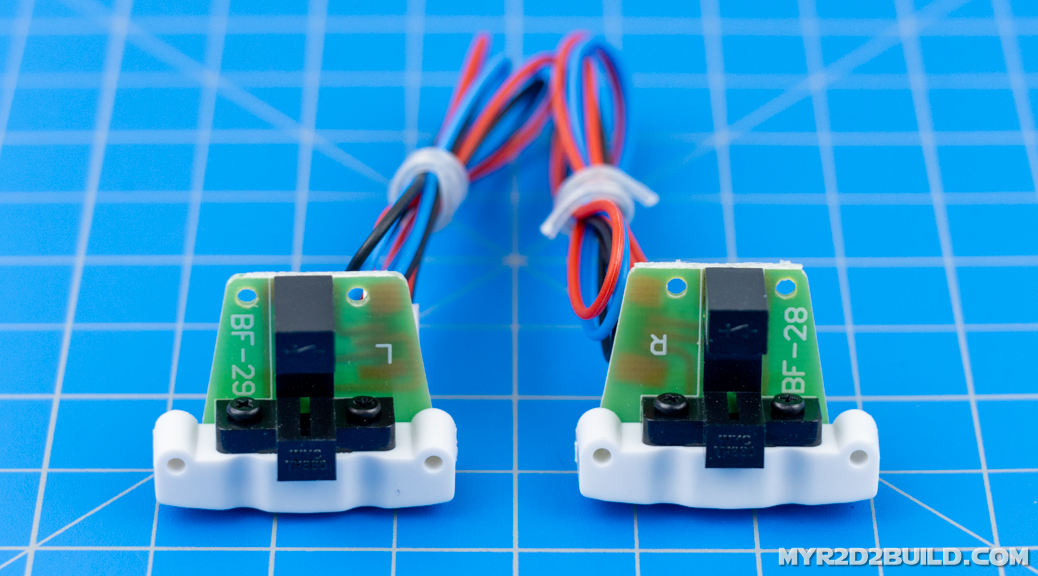 Align the Left Rotary Sensor assembly to the Top Ring assembly as shown, and secure it to the ring with two (2) 2.3×6 mm black screws: 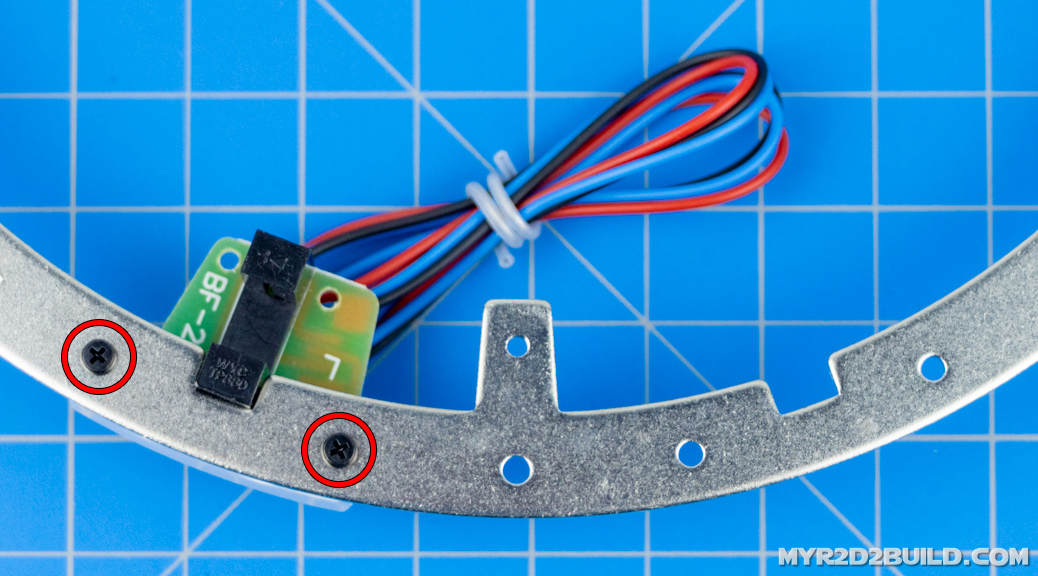 Repeat this process with the Right Rotary Sensor assembly: 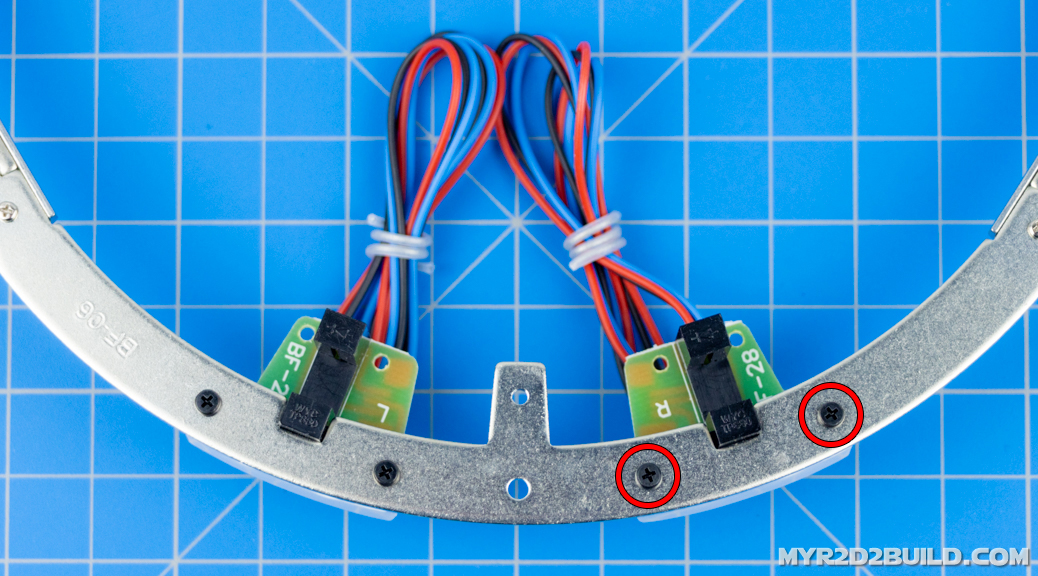 Slide the Centre Stop over the tab between the sensors, align the hole, then secure it with one (1) 2.5×6 mm flanged silver screw.

We are going to replace this Centre Stop with a better one in Issue 98: 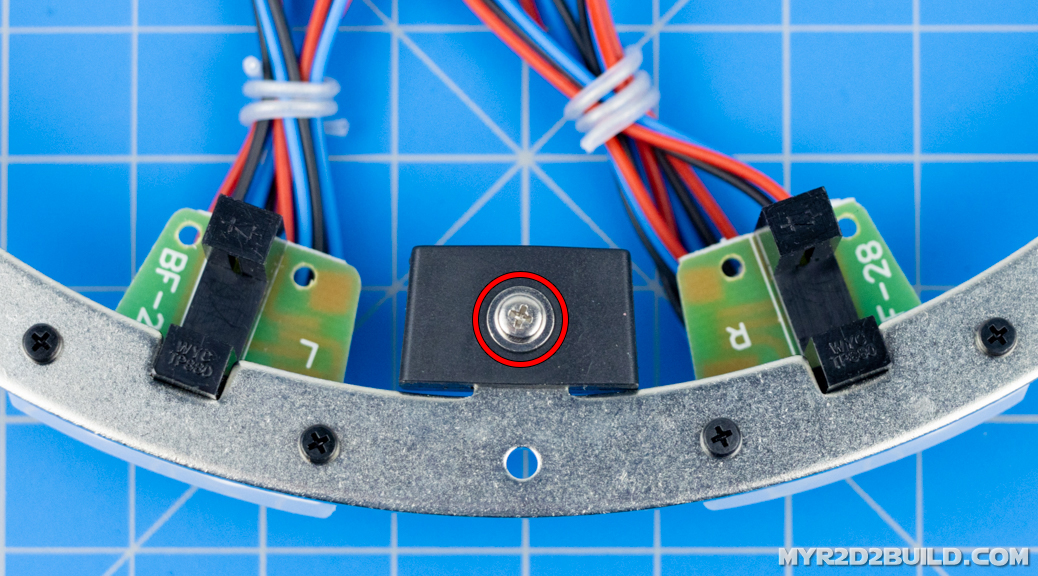 Retrieve the framework we last worked on in Issue 79. Position the Top Ring assembly onto the framework by aligning it over the pins on top of each Leg Support, as shown: 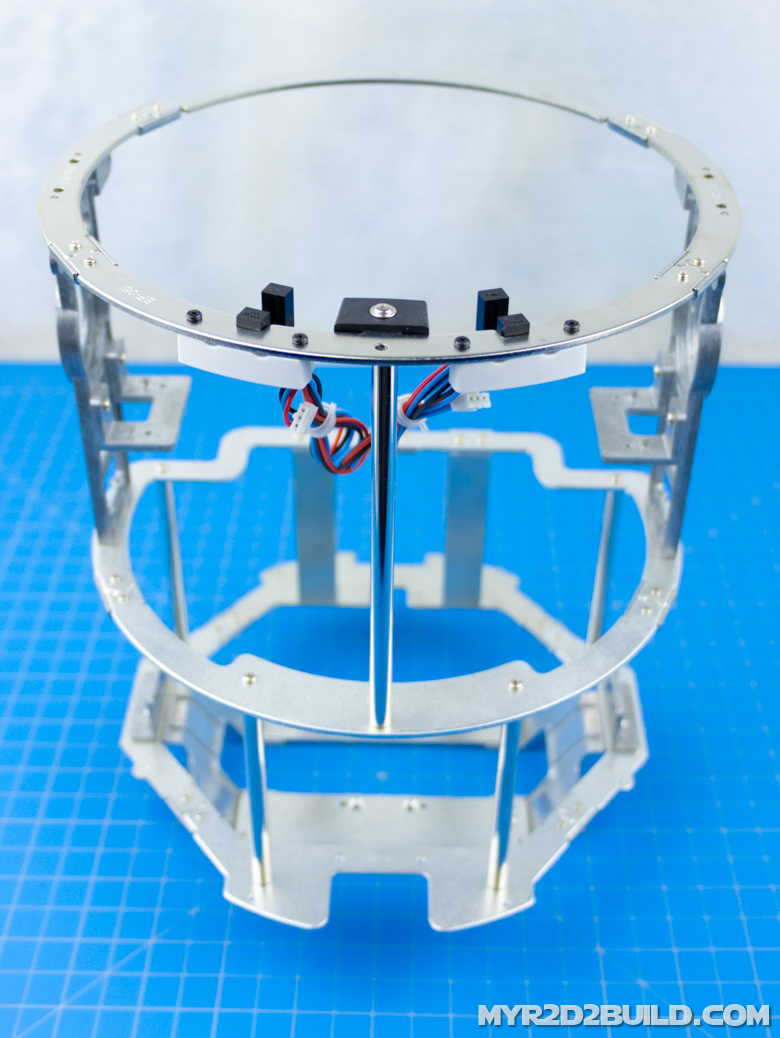 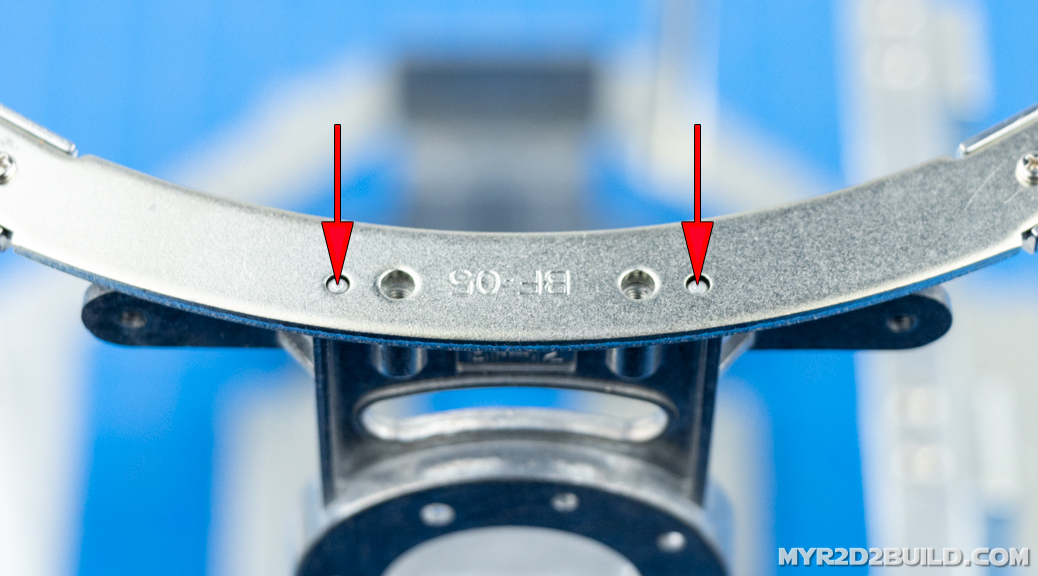 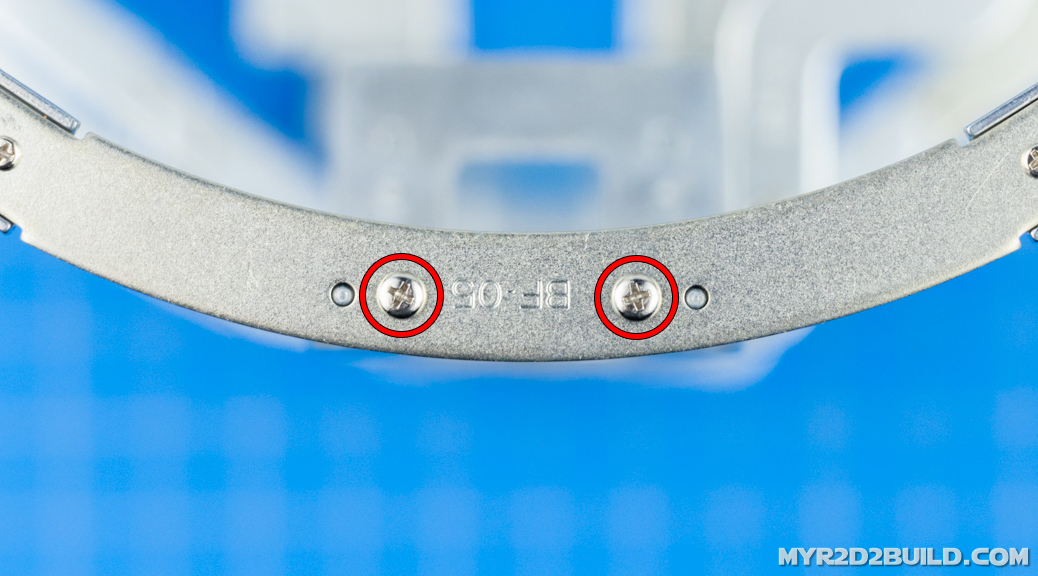 Secure the other side of the ring to the Left Leg Support with two (2) more 2.5×4 mm silver screws: 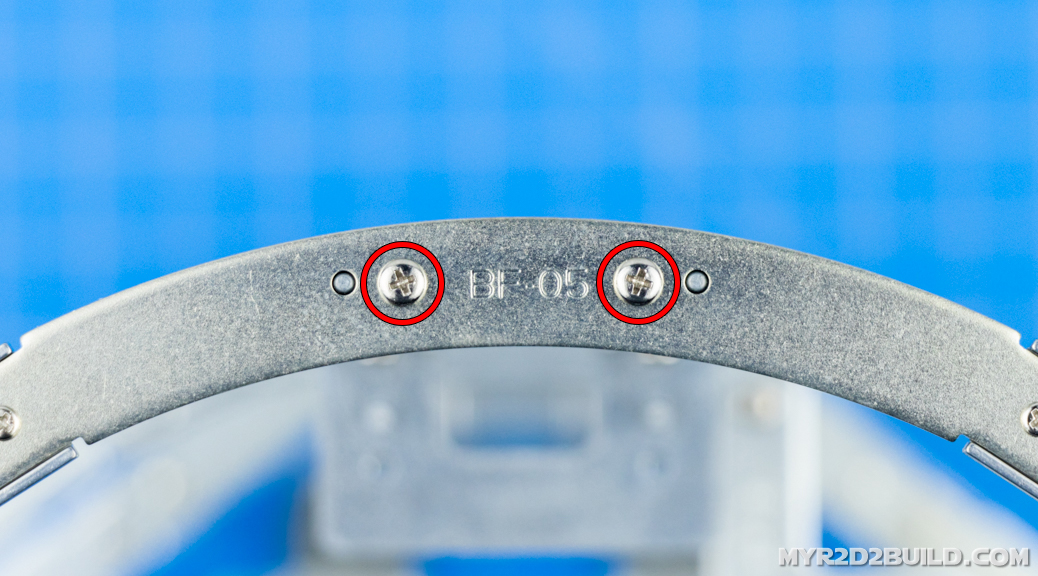 Drive one (1) 2.5×8 mm silver screw through the Top Ring and into Spacer Rod here, as shown: 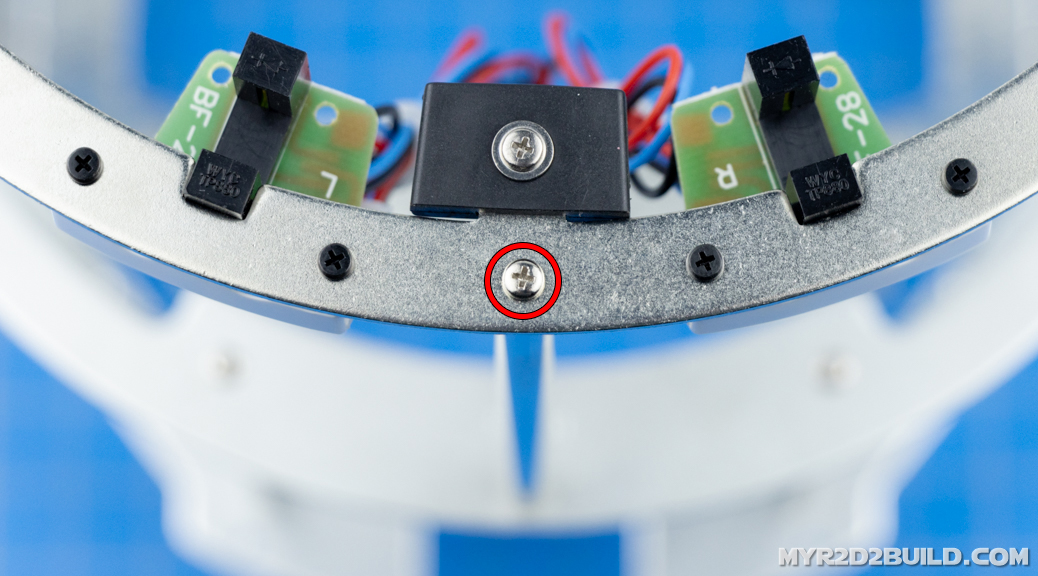 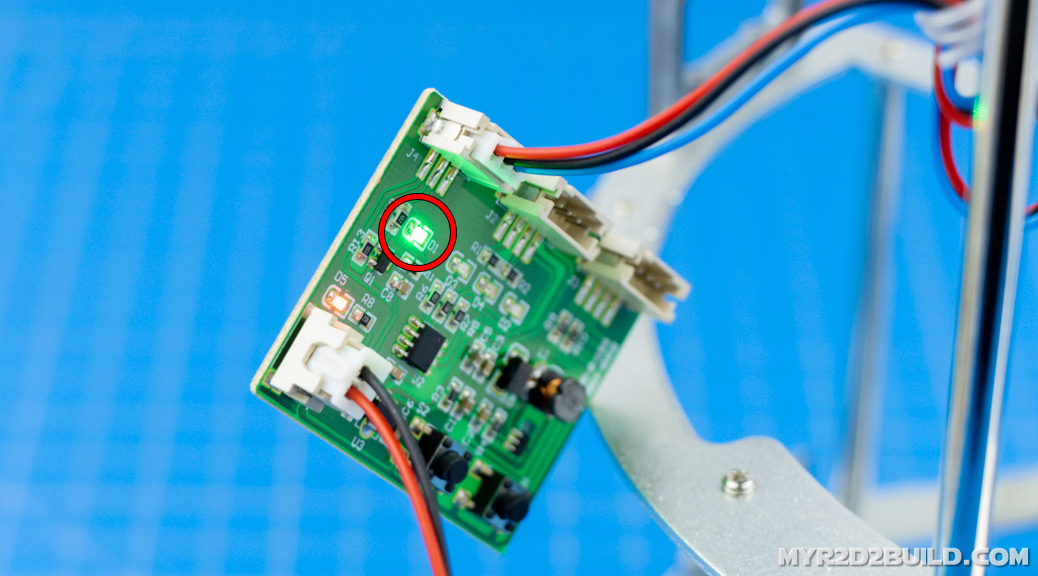 Slip a thin opaque object such as a metal ruler between the black posts of the Left Rotary Sensor and the green LED should go out.

I just used a sandpaper stick I had nearby. The idea is that when the optical beam between the black posts of the sensor is disrupted, the signal is set to off: 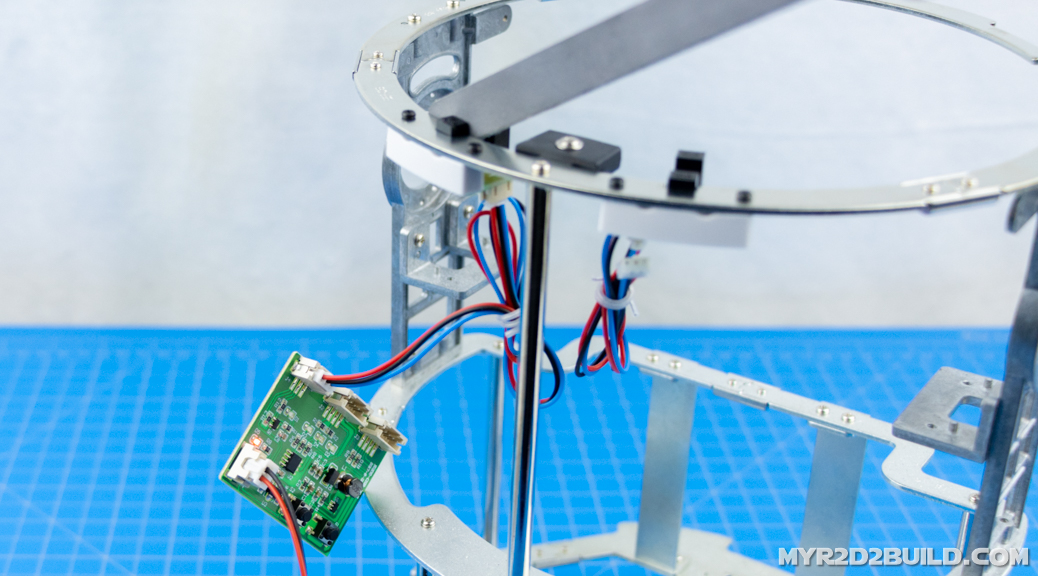 Turn the Battery Box switch OFF and repeat the test with the Right Rotary Sensor.

I am happy to report that everything tested OK. Keep this framework nearby, as we will be adding the Shoulder Fittings in Issue 85.